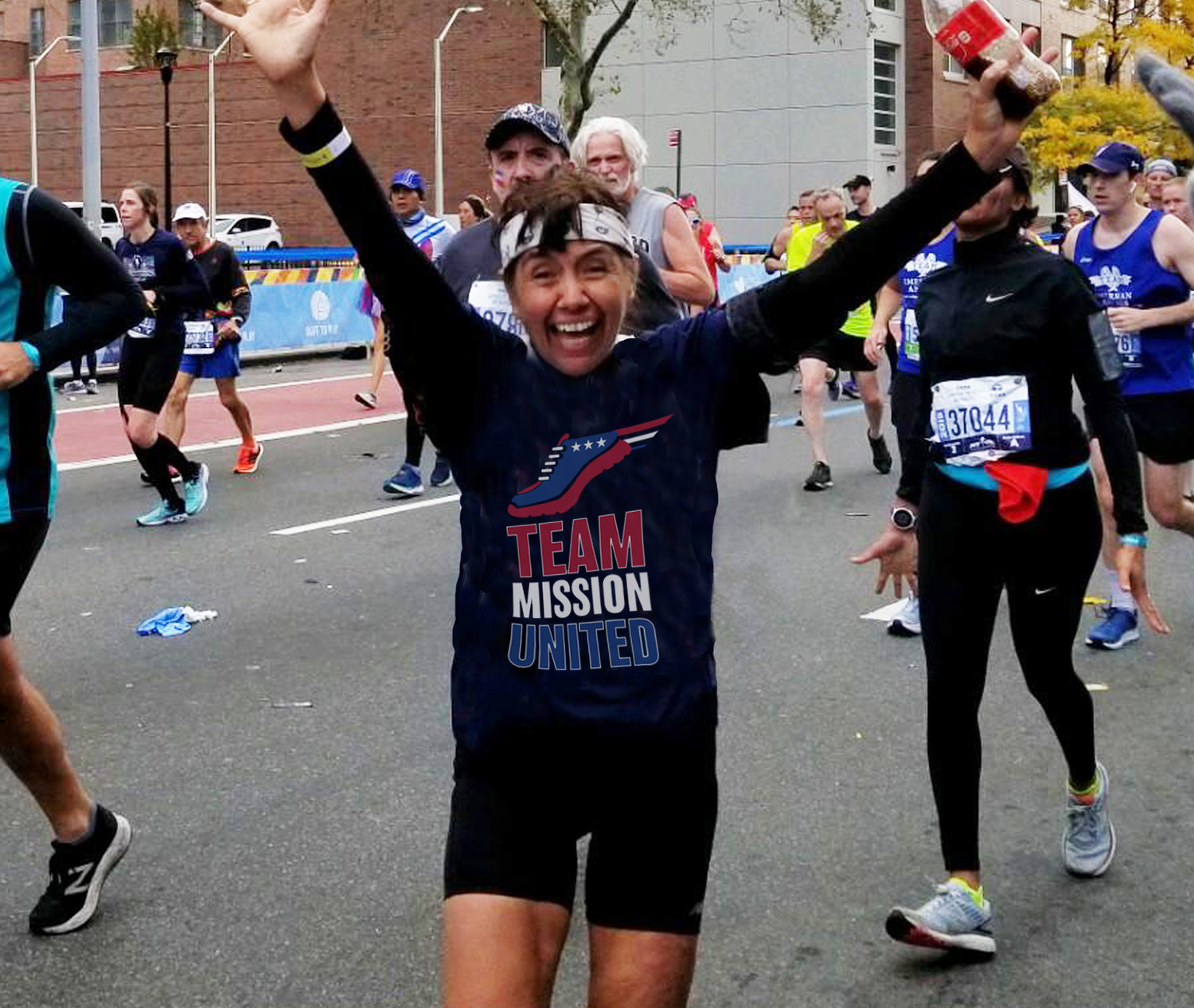 For the 30th time, Freeport resident Alma Rocha crossed the finish line in the TCS NYC Marathon –- and for the third time as a member of United Way of Long Island’s Team Mission United. At the same time, she raised over $2,100 in support of the not-for-profit’s veterans programs.

United Way of Long Island was named an Official Charity Partner of the 2021 TCS New York City Marathon, which took place on November 7.

Theresa A. Regnante, president and CEO of United Way of Long Island, said this was the sixth year the not-for-profit has been invited to join the race under Team Mission United.

“United Way of Long Island is pleased to once again be named an official charity partner of the 2021 TCS New York City Marathon,” Regnante said. “We were so proud to cheer on Alma and all of the members of Team Mission United on their journey to the iconic finish line as they raised important funds to benefit Long Island veterans.”

United Way’s Team Mission United is a dedicated group of athletes who run for the over 95,000 veterans and military families on Long Island.

Mission United is a critical initiative of United Way of Long Island that focuses on supporting veterans’ services. This includes the areas of employment readiness and training, emergency financial assistance, case management, and housing development.

Rocha, now 56, joined 12 other runners on Team Mission United. As a runner, she brought with her many years of experience. At age 26, she immigrated to New York City from Mexico City. It was then that she ran her first New York City Marathon and has run every year since. Running provides a way to clear her mind and create solutions as an elementary school principal, Rocha said.

“Our school district is delighted to see Alma run in the 2021 TCS New York City Marathon. Alma is passionate about giving back to the veterans who served our country, and we are proud to support her,” said Dr. Kishore Kuncham, Superintendent of Freeport Public Schools and United Way of Long Island Board Member.

Rocha herself was inspired by veterans from her earliest days in America. “The first time I ran the Long Island Half Marathon,” she said, “was the first time I saw veterans running with just one limb. In Mexico, [where I grew up] war was something far from me. So when I ran the half marathon, the impact that it had on me was significant. ... I thought, if they have the courage to do this, why can’t I?”

Rocha runs the marathon specifically to raise funds in support of those who selflessly served. She ran, she said, "Not for recognition but to contribute."

About United Way of Long Island

United Way of Long Island advances the common good, creating opportunities for a better life for all by focusing on three key  building blocks: health, education, and financial stability. It is our priority to create equity across Long Island by investing in partnerships, helping the most vulnerable and at-risk through organizations and programs that demonstrate raising the bar for fairness and equal access to services. The organization provides a united solution and impact, fighting for families across Long Island. For more information about United Way of Long Island, please visit UnitedWayLI.org, or follow on Facebook, Twitter and Instagram.