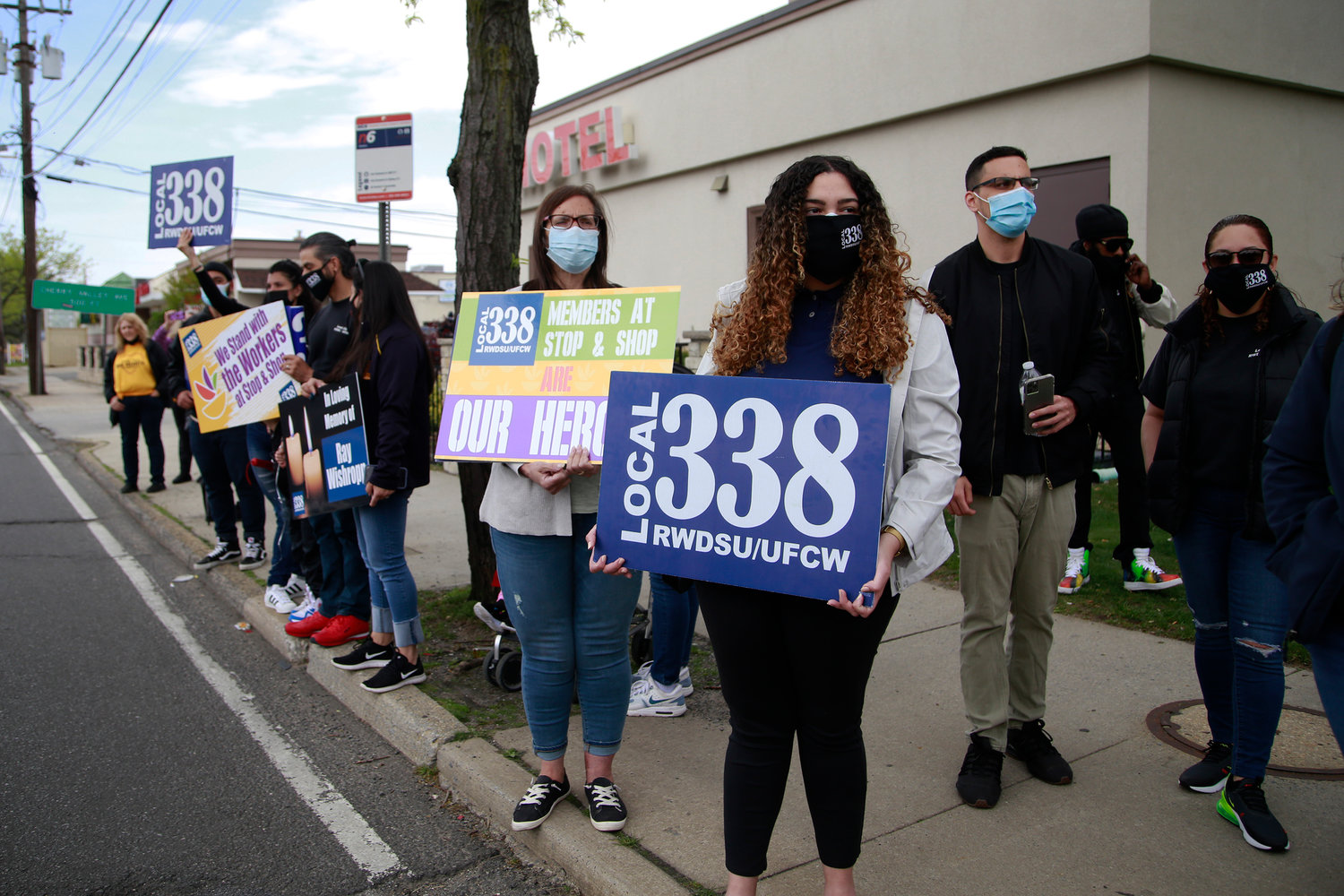 Retail, Wholesale and Department Store Union Local 338 will be represented on the committee. Above, Local 338 workers at a car parade in April.
Sue Grieco/Herald
Steering Committee members

The National Compassion Fund, a nonprofit organization that distributes charitable contributions in the aftermath of mass casualty crimes, and Stop & Shop announced on Aug. 12 the members of the West Hempstead community Steering Committee.

The Steering Committee will be led by Vanessa Lockel, executive director of Cornell Cooperative Extension of Suffolk County, and the former regional director for resiliency projects for the Governor’s Office of Storm Recovery during Hurricane Sandy. The committee will be responsible for setting the distribution policy for funds collected through the West Hempstead Compassion Fund benefitting those impacted by the tragic events that took place on April 20, at the Stop & Shop store at 50 Cherry Valley Rd.

“It’s an honor to serve the Long Island community in this way — and I’d like to extend a heartfelt thank you to all who have donated,” said Lockel in a news release. “In collaboration with the National Compassion Fund, the steering committee has published a draft series of protocols and timelines for distribution of the funds. As part of our commitment to transparency, we invite victim’s families, donors and others directly impacted by the shooting to offer feedback on these proposed rules.”

At around 11:30 a.m. on April 20, 31-year-old Gabriel DeWitt Wilson, of Hempstead, allegedly walked into the West Hempstead Stop & Shop with a .380 caliber pistol, and shot and killed him, while wounding two others. Wishropp, 49, was a father of seven children, including two daughters who attend Valley Stream South High School.

The Draft Protocols may be downloaded at www.nationalcompassionfund.org. Public comment on the Draft Protocols will be accepted through Aug. 23 by sending an email to NY@NationalCompassionFund.org. In addition, the National Compassion Fund and Stop & Shop will host a Town Hall Meeting at the Long Island Marriott, at 101 James Doolittle Blvd. in Uniondale, N.Y., on Aug. 26, from 1 to 2:30 p.m., and from 6 to 7:30 p.m. for those who interested in providing a comment in-person. The Town Hall will also be broadcast on Facebook Live at www.facebook.com/nationalcompassionfund.

“This committee is important so that we can ensure that 100 percent of the funds go to the victims in a fair manner,” said Jeff Dion, executive director of the National Compassion Fund. “We are very fortunate to have a dedicated Steering Committee to ensure that our process is informed by Long Island community input and community values. Our goal is to help the victims and families as much as possible and as quickly, efficiently and fairly as possible.”

The National Compassion Fund has assisted victims of many recent atrocities, including those in Indianapolis, Ind.; El Paso, Texas; and Parkland, Fla. To date, more than $575,000 has been donated to the West Hempstead Compassion Fund by nearly 500 donors, including a $500,000 donation from Stop & Shop. Donations will be accepted through Oct. 15, with distributions taking place in early December. Donations can be made at bit.ly/3lZlYok.

For those who want to make donations by check or wire transfer, email accounting@nationalcompassionfund.org for detailed payment information.