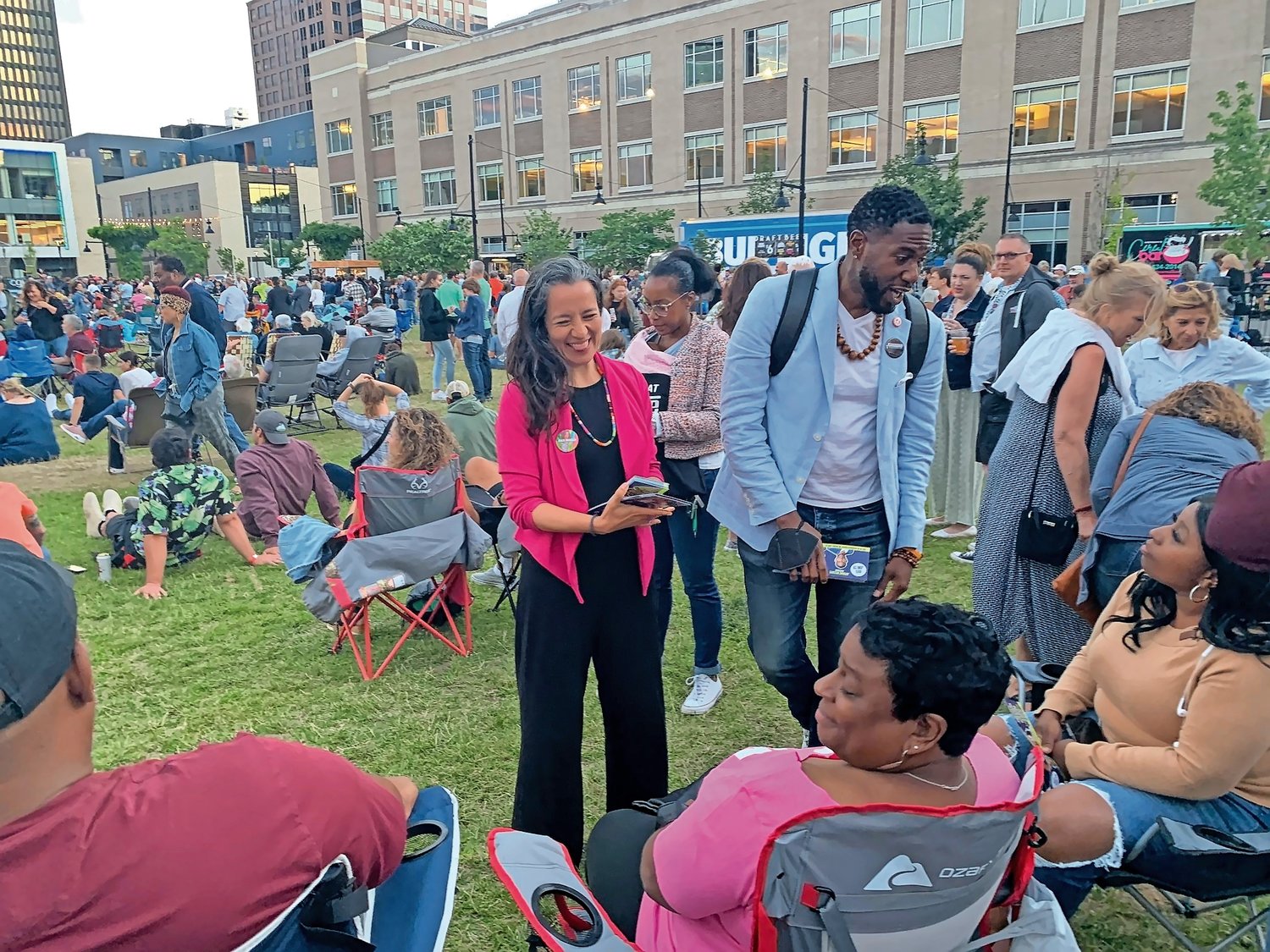 Jumaane Williams has been New York City’s public advocate since 2019 — a job that has led to higher office for many of his predecessors, including former New York City Mayor Bill de Blasio and current state Attorney General Letitia James. Williams hopes he can leap from that job to the executive mansion.
Courtesy the Jumaane Williams gubernatorial campaign
Candidate Talk

When he first ran for president in 2008, Barack Obama took a lot of flak from opponents over his college days as a “community organizer” — work that has never been easy to define.

Especially for Jumaane Williams in his own post-college days, long before anyone knew who Obama was.
“No one had any idea what that was,” Williams told a team of reporters in a Herald Roundtable session. “My mother asked me to please get a real job, and I had to tell her it was a real job.”

His parents had emigrated from Grenada in the 1970s, and pushed for both Jumaane and his brother to get a good education. Williams did just that at Brooklyn College, earning a political science degree and later a master’s in urban policy.

A few years later, he was a Brooklyn city councilman, toppling an incumbent a year after that other community organizer made it into the White House.

And within a decade, he was New York City’s public advocate — the city’s ombudsman, for lack of a better term — that has been a major steppingstone for predecessors including former Mayor Bill de Blasio and current state Attorney General Letitia James.

If he wants to have a chance to move to Albany, Williams will have to hark back to those days of upending incumbents, because observers say Gov. Kathy Hochul will be hard to beat — especially for a fellow Democrat.

“I ran against Kathy in 2018, and I said that if you had a lieutenant governor that was not willy-nilly, but when necessary, would stand up to the governor, we would be better off,” Williams said. “And that proved more right than even I thought, particularly as we got into this pandemic, and wrong decision after wrong decision was happening.”

The biggest problem now, as it was then, is priorities, Williams said. New Yorkers have their priorities, and Cuomo — and later Hochul — had their own.

“The priorities that were made in this (most recent) budget were not the priorities of New Yorkers,” Williams said. “To not have any funding for housing vouchers. To not put in money we asked for, for gun violence prevention. But to instead focus on a stadium being built outside of Buffalo” for the NFL’s Bills.

Democrats, for the most part, have the right idea when it comes to turning society around, Williams said. But the “Democratic Party does not do a good job talking about public safety, or the economy, for that matter.”

Williams said he has a plan to put New York back on the right track, but first it requires listening to what the state’s residents have to say. And listening is what he has spent much of his entire political career doing, and what he will continue to do, he added, if elected governor.

“If we don’t know the intersection of housing and health care and public safety now, we never will,” Williams said. “We cannot say we’re going to let the rest of New Yorkers languish … and then send the police department to do on the back end what we fail to do on the front end.
“That’s just, I think, a selfish false choice.”