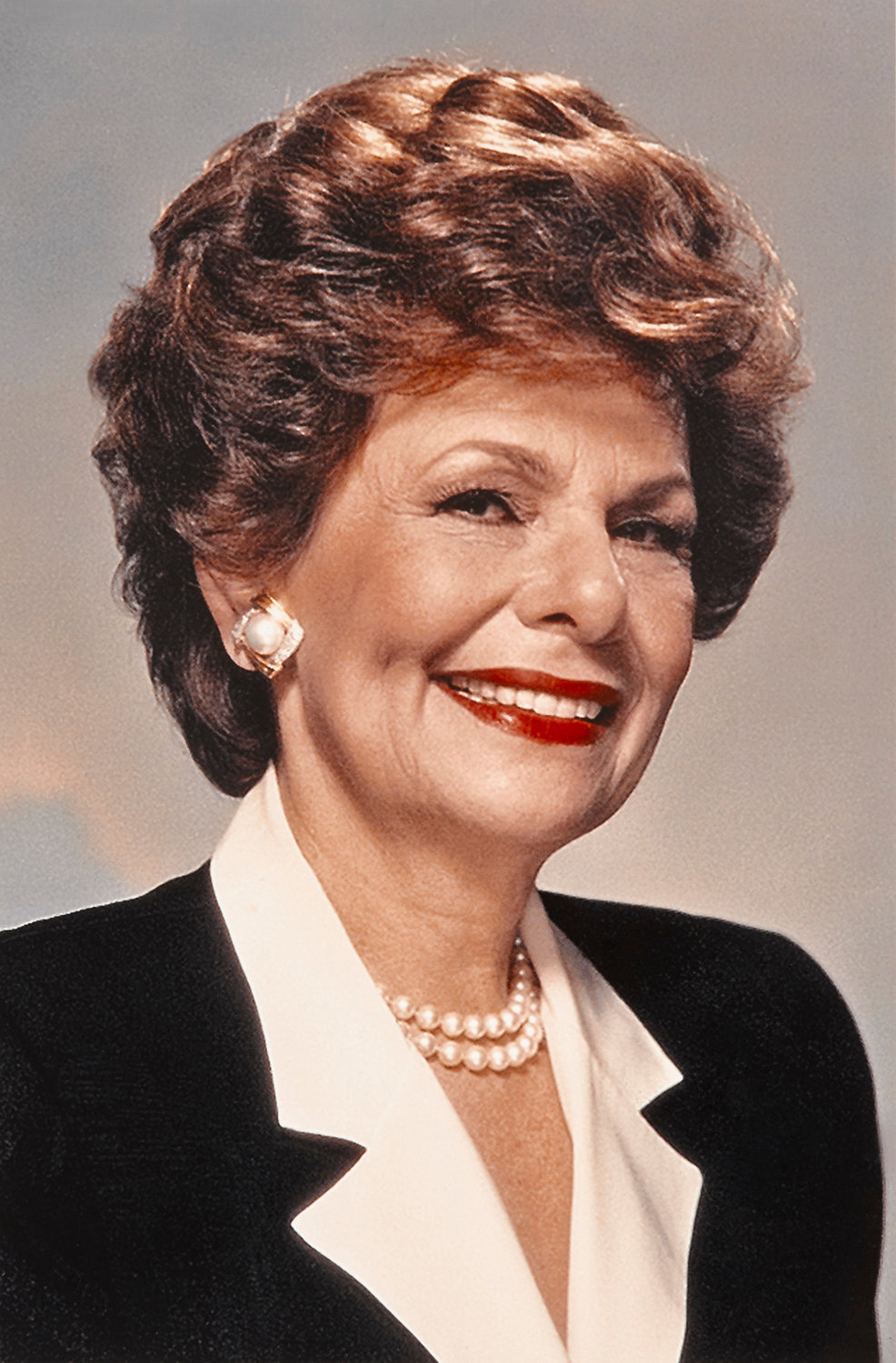 Hewlett Harbor native Shelby Modell helped to establish an array of organizations, was involved in global and local governmental affairs and remained dedicated to her family.
Courtesy Brittany Modell
By Jeff Bessen

When her 13-year-old son Michael was stricken with colitis, Shelby Modell did not curl up in a ball and cry. She quickly turned her sorrow into action and was the co-founder of the Crohn’s and Colitis Foundation of America and founder of the Long Island chapter for the nonprofit advocacy organization.

“She was a force of nature, she wouldn’t accept no and she was all about family,” said son Mitch Modell, who recalled that it was his mother that attended all of his and Michael’s Little League games when their father, William, was busy with the family’s business, the Modell’s sporting goods store franchise.

The Crohn’s and Colitis Foundation of America was just one of Shelby’s many philanthropic endeavors. She was also a founding member of the American Digestive Disease Society, the Jeffrey Modell Foundation for immunological research, the Gilda Radner Foundation, “Gilda’s Club,” and Hewlett House, the home of the 1 in 9: The Long Island Breast Cancer Action Coalition. Shelby served a secretary and on the Radner Foundation board.

“Shelby Modell and I working together on the founding of Hewlett House, which was one of the many philanthropic endeavors she and her husband, Bill, were involved in,” said Nassau County Executive Bruce Blakeman. “She was a classy lady and a dear friend and she’ll be sorely missed.”

Born on May 3, 1924, she grew up in Brooklyn. Her parents were Abe and Anna Zaldin. An educated woman, Shelby earned a bachelor’s degree from Brooklyn College and a master’s from Columbia University.

On vacation at Glenmere Mansion in upstate Chester, Shelby fell into Glenmere Lake and was drowning. William came to her rescue and that ignited a romance. Married in 1949, the couple was married for 59 years until William, known as Bill to many, died in 2008 at 86. Michael died in 2001.

“She was dedicated to be great wife, a great mother, a great grandmother and dedicated in life to helping people,” Mitch said, noting that all his and brother’s friends came to their house as his mother “put out the best fruits, the best snacks, the best sandwiches.”

“She was the most amazing person you’d ever want to me,” said Hewlett resident Sandy Kahn, who knew Shelby more than 50 years. “We’d play cards together, had dinner together. I can’t say enough good things about her.”

She also served on the prestigious National Health Council of Columbia Presbyterian Medical Center and led the drive that raised $150 million to build the medical center’s new psychiatric center. Shelby was recognized with a special Presidential Commendation for her work in promoting mental health research.

“People tell me your mother saved by friend’s life, family,” Mitch said in regard to the Crohn’s and Colitis Foundation of America, saying she had a little black book with doctors names nationwide.

A private service was held Tuesday at Riverside Memorial Chapel in Manhattan. In lieu of flowers, contributions can be made to the Crohn’s and Colitis Foundation of America Research Fund in Shelby’s memory.