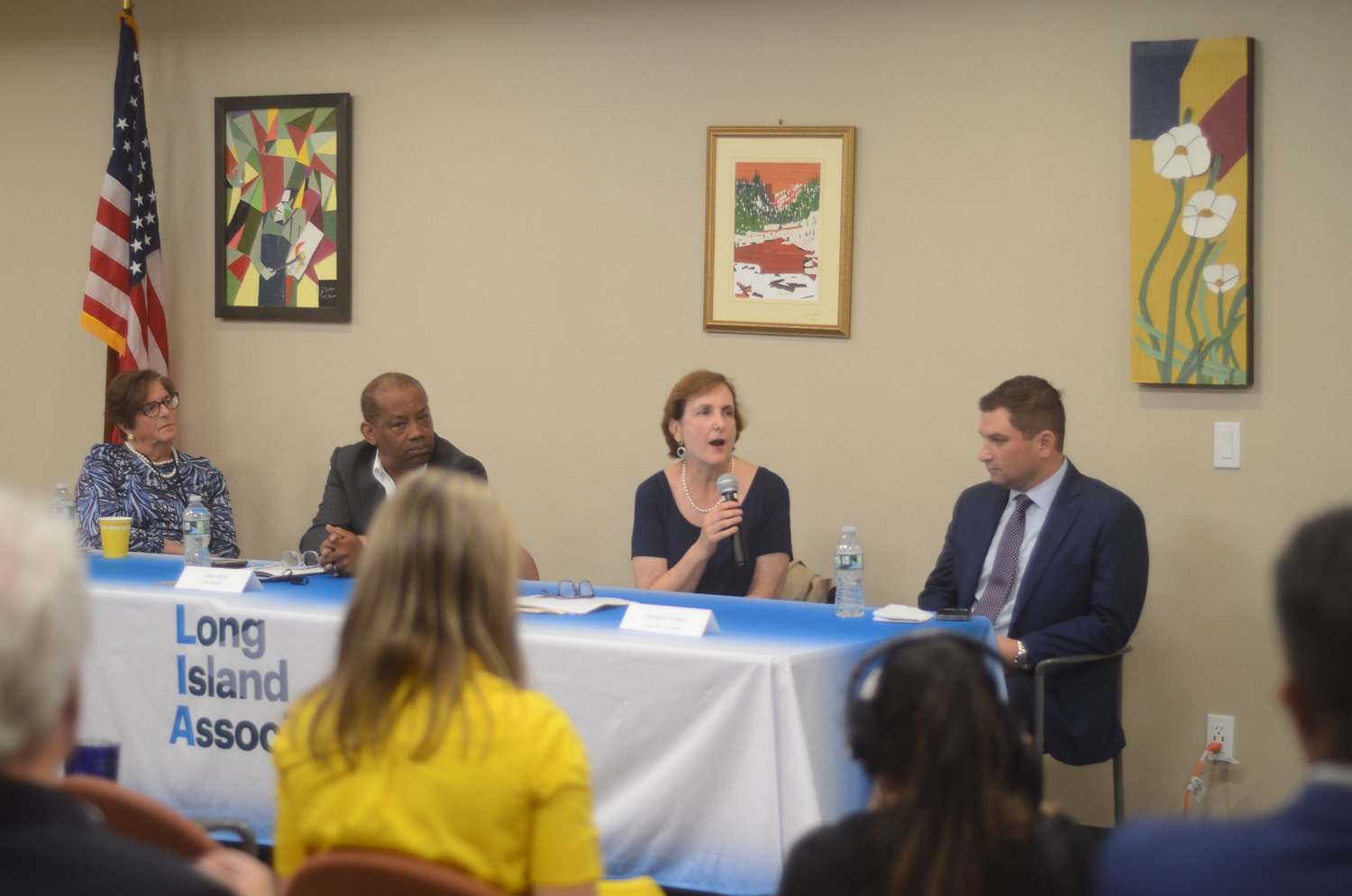 From a project nearly 25 years in the making, commuters looking to connect with Manhattan through the Long Island Rail Road will soon have a new option: Grand Central Terminal.

The new underground train station — officially dubbed Grand Central Madison — offers Long Island riders a straight shot to the Manhattan’s East Side between 43rd and 48th streets. Gone will be days of needing Penn Station on the West Side to get into downtown.

The East Side Access Project, as it’s called, is LIRR’s most expensive project to date, clocking in at more than $11 billion. But it’s an investment, officials say, will completely revamp the way commuters ride the rails.

At least that’s the message Catherine Rinaldi sought to bring home to a crowd of business leaders and advocacy groups last week during a presentation hosted by the Long Island Advancement Economic and Development Committee.

“History is being made around us at a time when massive transformative projects that have been long promised are finally coming to fruition,” said Rinaldi, LIRR’s interim president. “Constraints that have long been a ceiling on how much service the Long Island Rail Road could offer are falling away.”

Crews are busy with what Rinaldi describes as “readiness activities,” like testing train systems and conducting pilot runs.

But once service is in full operation, officials with the Metropolitan Transportation Authority expect nearly half of LIRR commuters — more than 160,000 — to use Grand Central Madison. The additional transit line could shave off 40 minutes of their daily commute while removing some of the commuting strain and crowding felt at Penn Station. Even more, officials believe it will close the time gap for riders who currently arrive at Penn Station on the West Side only to need the subway or bus to get jobs or other destinations on the East Side.

“Having a robust service into a second terminal” at Grand Station also “allows for operations to continue if there’s any sort of disruption at Penn,” Rinaldi said. “And it’s going to minimize the disruptions with Amtrak’s East River tunnel project.”

When all of that is done, Grand Central will become a transfer point between LIRR and Amtrak, making it possible for businesses in Queens and Long Island to attract prospective employees from the Bronx and points north, Rinaldi said.

But commuters who’ve organized their regular commute around Penn Station since, well, forever, may face a bit of a learning curve. MTA officials say they’ve kept that in mind, unveiling preliminary train schedules for its 11 different branches once Grand Central is up and running.

The schedules are still in a bit of flux at the moment, with information and public comment sessions continuing over the summer.

These timetables are to give riders a sense of the “magnitude of service increases” and new travel options available, Rinaldi said. But it also gears them up for what changes lie ahead in trying to adapt to new commuting patterns.

Take, for example, the doubling of morning peak-hour trains heading to the city on the East Rockaway branch, with a significant increase of eastbound trains between 7 and 8 p.m. More than half of those services will run to Grand Central, Rinaldi said, with the remaining ending up at Penn Station.

There are also some service cuts planned for morning rush trains bound for Penn Station, while many trains originating from the major terminals will no longer have scheduled connections at Jamaica.

“Change is change,” Rinaldi said. “But I would say to (skeptics) to keep their powder dry and have a look at the schedule and see how the new ways of offering service on the Long Island Rail Road could ultimately benefit them.”