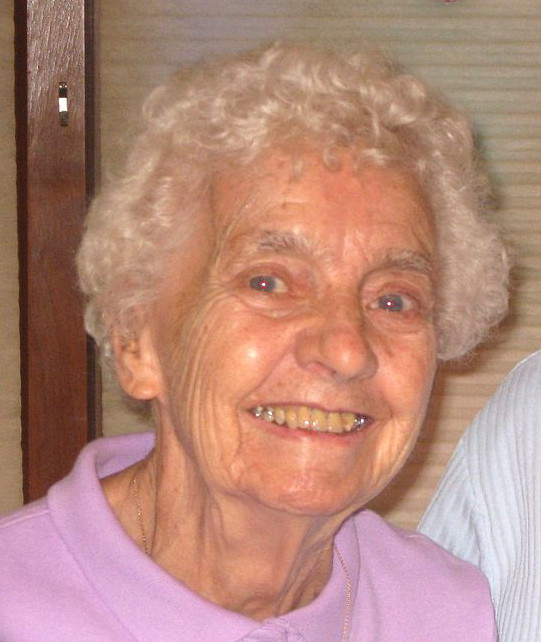 Mary O’Grady died on Oct. 6 at the age of 89.
Courtesy Mary Anne Hartnett

Mary O’Grady, a longtime resident of Valley Stream, died on Oct. 6 at home. She was 89.

O’Grady was born on Aug. 8, 1922, in Papenburg, Germany. She came to the United States through Ellis Island when she was 4 years old with her mother and three sisters. She moved to Valley Stream in 1954.

In 1969, O’Grady began working at Barth Spencer on Merrick Road in Valley Stream, and stayed with the company through moves to Rockville Centre and Westbury, before retiring.

She was very active in the community. O’Grady was a Brownie Leader with Troop 2269 at Blessed Sacrament Church. Every spring, she took her scouts on a picnic at the Valley Stream State Park, pulling a wagon from the church with all the food and supplies. She also served as the cookie chairperson, handling Girl Scout cookie sales for all Valley Stream troops.

O’Grady was also an active member of Blessed Sacrament Church. She volunteered with the Parish Outreach Center, and was a member of the Rosary Society, Widows and Widowers Club and Over 50 Club. She also served refreshments at Bingo. Her four children attended Blessed Sacrament School.

She enjoyed the outdoors and loved camping, was an avid reader, crossword puzzle enthusiast and bowler. She loved to travel, visiting places all over the United States and Canada, and twice returned to Germany. Baseball was another love, and she rooted for the New York Giants until they moved to the west coast. She then became a Mets fan, and also would attend a Long Island Ducks game each year with her daughter.

Survivors include her son, John, daughters, Peggy, Kathleen and Mary Anne, grandchildren Mary, David, Melinda, Melissa and Jason, and sisters Bette and Margie. She was predeceased by her husband, Bill, who was a mail carrier for the Valley Stream Post Office until his death in 1975, her sister Helen and son Michael Dennis.

A funeral mass was held at Blessed Sacrament Church. She was interred at National Cemetery in Farmingdale.