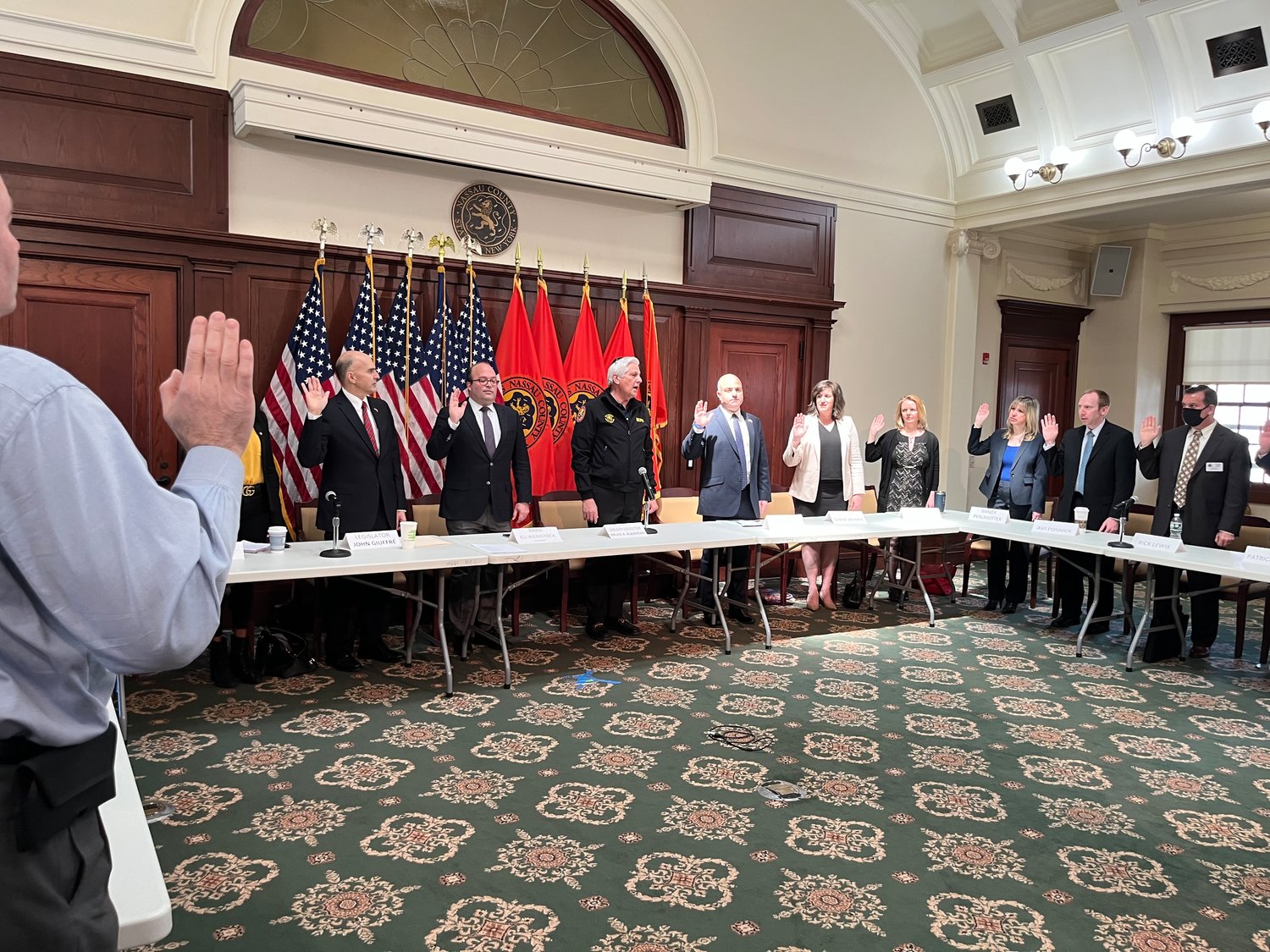 A 27-person special legislative task force is expected to research and ultimately recommend prevention methods in the hopes of combatting antisemitism in Nassau County.
Lisa Margaria/Herald
The working definition of antisemitism

“Antisemitism is a certain perception of Jews, which may be expressed as hatred toward Jews. Rhetorical and physical manifestations of antisemitism are directed toward Jewish or non-Jewish individuals and/or their property, toward Jewish community institutions, and religious facilities.”

Nassau County officials have created a special legislative task force to combat antisemitism and, immediately after being sworn in, went right to work.

Made up of eight legislators — four from each political caucus — as well as 18 members of the public, the task force is tasked to gather facts about the origins and extent of antisemitism in the county while working toward prevention methods like education and community collaboration.

The commission has a number of tasks before it, said County Executive Bruce Blakeman, who is part of the task force.

“What is the cause of antisemitism? How do we educate people? How do we liaison with the police department when a hate crime occurs?” Blakeman told the task force after they were sworn in. “These are just some of the things that you'll be tackling here in this commission, and it's important work.”

The task force is expected to host public hearings before developing a report filled with recommendations to the county legislature to combat antisemitism.

“We are living in a polarized time,” said Rabbi Eli Weinstock of the Jewish Center of Atlantic Beach, who chairs the task force. That time “has seen the rise of hate speech, which has seen a dramatic rise in antisemitic acts. A large proportion of hate crimes, overall, are antisemitic in nature. We're here and we're tasked to try and find mechanisms and ways to combat that.”

The task force plans to host a virtual youth roundtable targeting antisemitism with a focus on how the law and public policy can help diminish bias and insensitivity.

"Now is the time to roll up our sleeves and work collaboratively with residents and community leaders,” Drucker said, “to devise and enact meaningful, enduring legislation that will strike directly at the fetid sources of antisemitism in our county."