Teen could be first female Eagle Scout in Valley Stream 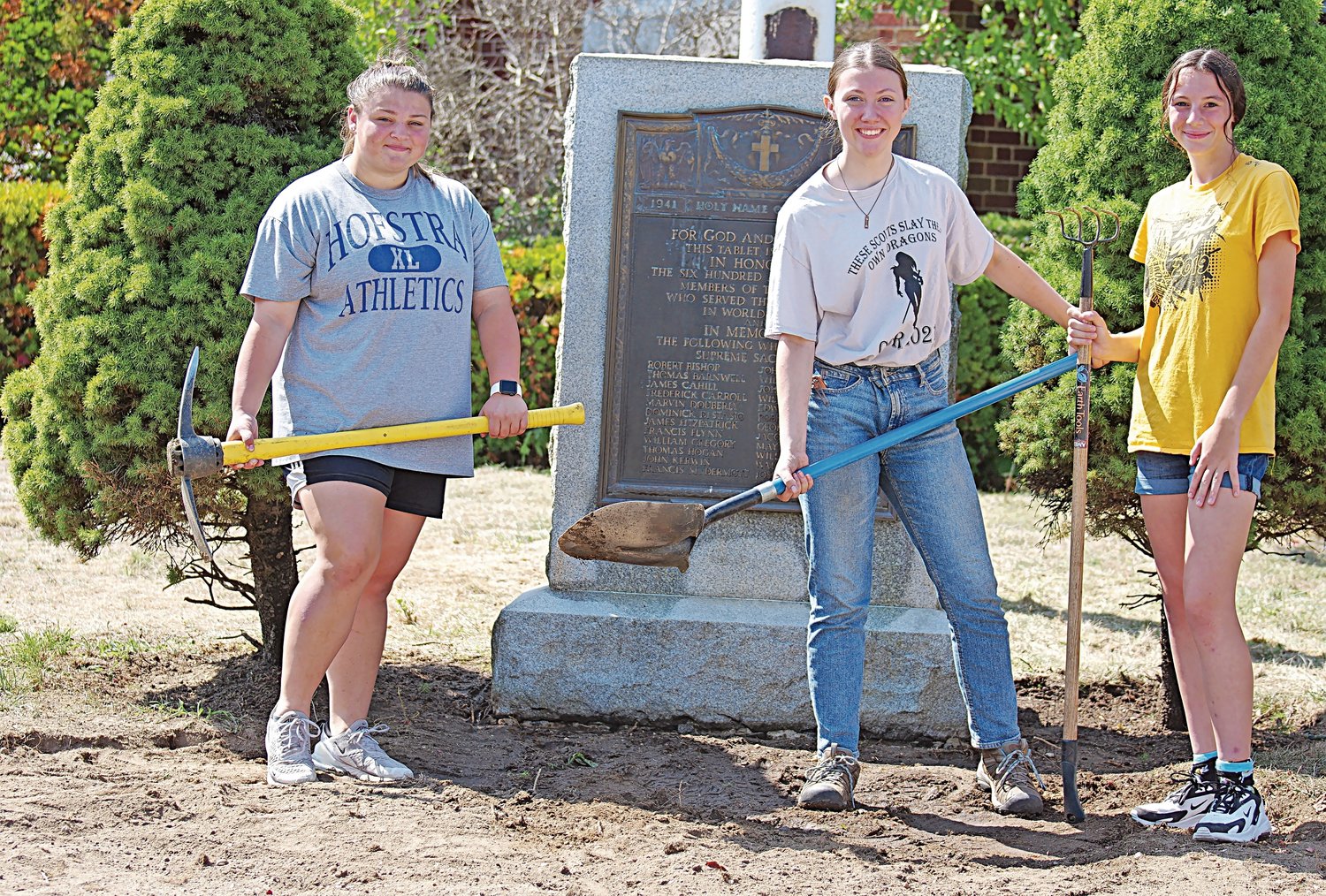 Few things are harder to find in the Boy Scouts of America than an all-girl Boy Scout troop. For over a century, BSA has shaped its identity as a boys-only organization specializing in wilderness activities.

But all-girl troops do exist, thanks in large part to a change in scouting’s bylaws beginning in 2017 that opened the door for girls to join their ranks. There are now nearly a dozen of these troops scattered around Long Island, and one of them is in Valley Stream.

The founders of the village’s troop, formed in 2019, are a daughter-mother duo: Girl Scout Gabriella Burke, who was 11 at the time, and her mom, Lisa Burke.

Troop 99 was originally formed as a clever way to get around a pronouncement made by the Girl Scouts of Nassau County that year, banning then Girl Scout Gabriella’s troop from attending the village’s Camporee, an annual weekend-long event, in an effort to advance the GSNC’s mission of only serving girls. This effectively put an end to a 30-year tradition commingling the Boy Scouts and Girl Scouts for the event’s outdoor activates.

But Gabriella was determined to join the boys at the Camporee. And in the end, that’s exactly what she did, as a newly minted member of the all-girl BSA Troop 99.

Going for the rank of Eagle — BSA’s highest distinction — isn’t easy. Among the many requirements, a scout must earn a minimum of 21 merit badges and complete a large-scale community service project, often requiring multiple phases and the coordination of a crew of volunteers, that leaves a lasting benefit to the community.

Gabriella, who is currently in the midst of her service project, is aiming to completely overhaul the World War II monument on the grounds of Holy Name of Mary Church in Valley Stream, which was erected in the late 1940s. She noticed overgrown trees and shrubs obscuring the view of the names of the soldiers engraved on the monument, the result of years of benign neglect, which challenged visitors who came to pay their respects.

“There were complaints about how it looked,” Gabriella said. “People saying that they couldn’t see their family members’ names and that they felt like it was disrespectful. It’s a memorial to honor those who gave the ultimate sacrifice, and it just didn’t look good anymore.”

There she was at the monument last Saturday, the first day of what she anticipated would be two weeks worth of effort alongside her crew of volunteers. Sporting a pair of work gloves, her hair pulled back into a bun, Gabriella lugged a black garbage bag plump with dirt alongside a fellow scout, all the while wearing a beaming smile.

She and her team plan to remove not only excess dirt, but any unhealthy overgrowth, place paving stones around the monument, add two benches on which visitors can quietly reflect, and give the monument and the nearby flagpole a thorough cleaning and polishing. And as an added touch, they will plant perennials and forget-me-nots.

As of press time, through a GoFundMe page, Gabriella has also managed to raise upward of $2,500, inching ever closer to her goal of making another thousand or so to ensure that the project’s costs are covered.

When she was asked what it would mean to her to make Eagle, her eyes lit up at the thought of walking in the footsteps of her father, Patrick Burke, and her older brother, Ian Burke, both Eagle scouts.

“I’ve watched my older brother do it,” Gabriella said. “And my dad’s an Eagle Scout. And when I finally reached a point where I could work on that Eagle Scout project, it was the only thing I was thinking about.

“A lot of people are going to tell you that you can’t,” she added. “At the end of the day, you just have to find people who have your best interests at heart. And listen to what they say. And don’t be afraid to get it wrong. One of the biggest parts about becoming an Eagle Scout is showing how determined you are and showing that you can lead others in a project that is crazy for kids to be doing.”

“We always come together to help one another out,” said sister Troop 99 member Blair Graham, who was there to lend a hand with Gabriella’s project. “She brought us together (for the project). She stood up for what she thought was right, and now she made this thing happen. It’s great.”

“To have the first female Eagle Scout here in Valley Steam,” Gabriella’s father said. “I think it means a lot. I think it’s something that girls can aspire to, to look up to. No other organization in America is going to let a 15- or 16-year-old lead a project of this scope. She’s the project manager. She tells the adults helping her out what to do.”

It can be an intimidating process. But Gabriella made sure she wore a token of inspiration around her neck, her Arrow of Light necklace, on Day One of her project to remind herself “about the cheer and joy of serving others, especially when it gets difficult.”

Have an opinion about the would-be Eagle Scout? Send an email to jlasso@liherald.com.