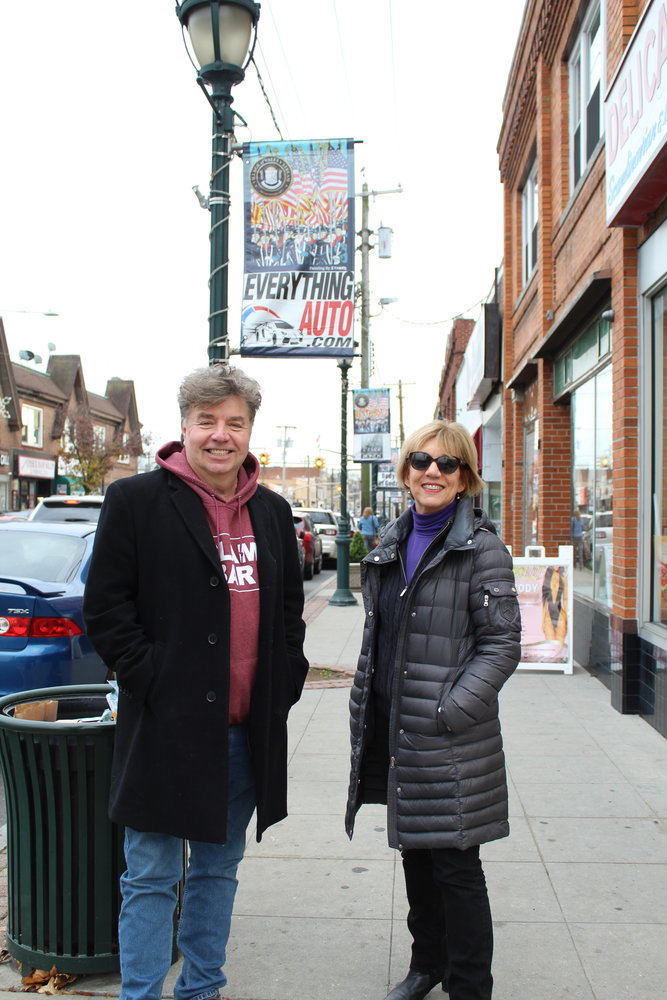 Mike Stanko and Karen Zang underneath one of the light posts with Stanko’s work, which they both enjoy seeing on the street while shopping locally.
Karina Kovac/Herald 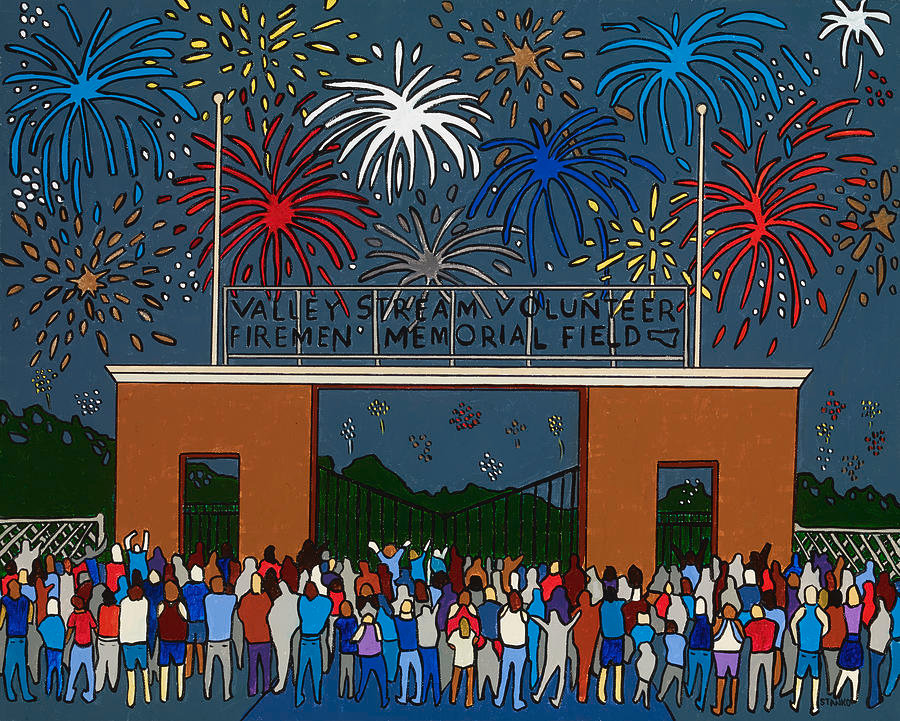 One of Stanko’s paintings, a joyous crowd erupts into cheers as Fourth of July fireworks go off at Firemen Memorial Field.
Courtesy: Karen Zang 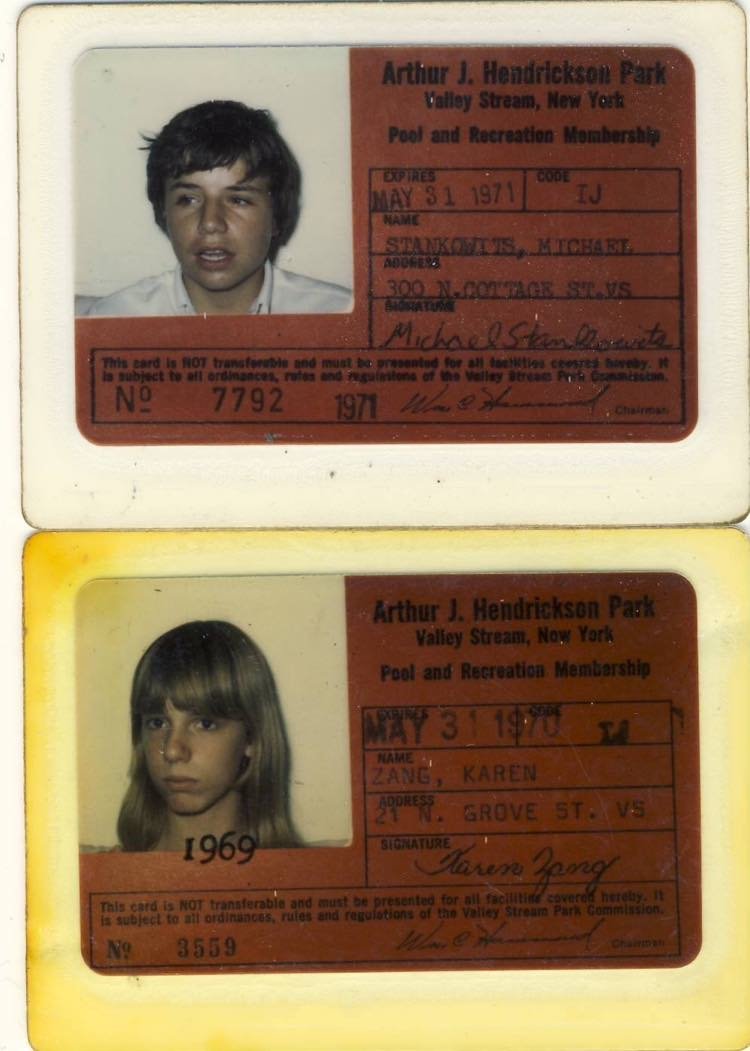 One of Stanko’s paintings, a joyous crowd erupts into cheers as Fourth of July fireworks go off at Firemen Memorial Field.
Courtesy: Karen Zang
Previous Next

You have the whole world here.”
Michael Stanko, local artist
By Karina Kovac

Before they were a successful local art couple with a rich past, Michael Stanko and Karen Zang first became high school sweethearts in Central High. It all started for them when Stanko befriended Zang in tenth grade, after noticing her hand-embroidered Yellow Submarine-inspired dungaree jacket, bonding over the iconic British rock band.

Zang graduated from the New York City School of Visual Arts in 1979. During her college years, she produced paintings of idols and ordinary people with precise realism while at the same time creating protest posters during the anti-war fervor of the 70s. Since Zang and Stanko were quite precocious for their age, they hung around a much older crowd of friends, who resisted the draft during the Vietnam War. Both attended dozens of peace demonstrations in New York City and Washington D.C.

During her trips to the city, Zang would take a sketchbook with her on train rides, drawing fellow train-goers, and offering them her sketches. On November 15, 1979, while walking the city streets, she accidentally bumped into her childhood idol, John Lennon, and proceeded to walk thirteen city blocks together while showing him her sketches of him. Lennon at first dismissed her as another groupie and refused to sign her sketch.

In stunned anger, Zang ran after him and yelled: “John, I spent over $300 of my own money on your Save Lennon campaign, and you can’t even sign something for me?” After the outburst, Lennon deeply apologized, and the two strolled together. Stanko graduated from SUNY New Paltz in Creative Writing.

Rather than become a writer, he incidentally discovered his passion and skill for painting when Zang offered him a tiny 6” x 12” canvas. “Why don’t you do something [with it],” she half-jokingly said. Little did they both know that would kick start Stanko’s painting career. His first painting of Bette Midler, a singer and comedian as the Statue of Liberty titled: “The Divine Ms. M,” won over his friends and gave him the needed wind in his sails to be an artist.

While Zang eventually dropped her portraiture painting aspirations, she considers Stanko her “masterpiece” and looks fondly back on their experiences painting together. Stanko has become a full-fledged painter in his own right, specializing in New American style painting using bold colors and bold lines. He has completed roughly one thousand paintings. His work has been featured on the CBS Morning Show. A lifelong resident of Valley Stream with his wife, he catalogs his nostalgia and love of Valley Stream through his art.

Stanko and Zang both agree that having lived in Valley Stream since they were young, they’ve noticed a change in the suburban scenery. “It’s gotten much prettier over the years,” they noted. The location is also a prime reason they’ve continued to be in the village.

“We’re twenty minutes from the beach and thirty minutes by train to the city [and] two hours from upstate…you have the whole world here” Stanko stated with Zang adding, “We’re a big village for a village.”