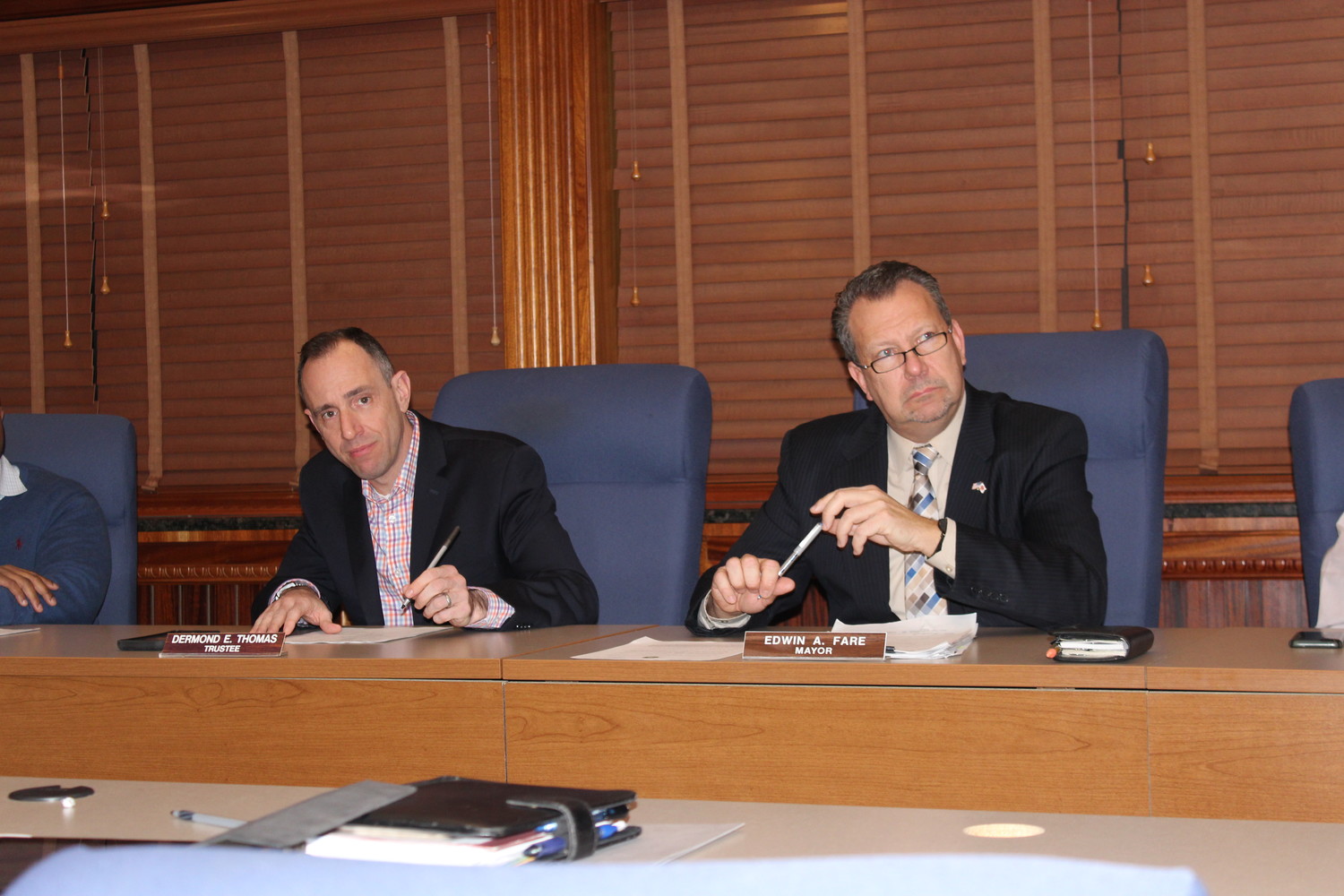 The village board is set to vote on making May 21 a public hearing for the proposed townhouses on Wallace Court.
Melissa Koenig/Herald
By Melissa Koenig

The Village of Valley Stream Board of Trustees is set to vote on whether to set May 21 as the date for a public hearing on the proposed townhouses at 1 Wallace Court on March 19 at 7 p.m.

“In order to meet legal requirements, the earliest we could have that public hearing would be May 21,” Mayor Ed Fare told Dominick Minerva, the attorney representing developer Paramount Construction, at a work session on March 5. “That would be the normal public hearing like we had on the last proposal that you withdrew, where we have the court stenographer and we let everyone have proper notice and we let everyone speak and go over pros and cons of the project.”

In November, the village held a public hearing in which residents and board members expressed their dissatisfaction with the plan. According to Deputy Mayor Vincent Grasso, residents were concerned about parking in the area, the size of the project and the building’s aesthetics. “The sense of the board was that there was strong community opposition to the project,” he told the Herald in November.

That opposition led Paramount Construction to amend its proposals for the site. Under the new proposal, the number of units would be reduced from 28 to 12, and they would be townhouses rather than apartments. They would have direct access to an internal street to reduce traffic, and each building would have its own garage and driveway. “We withdrew the previous petition and we filed a new petition a couple weeks ago,” Minerva said at the work session. “And we went totally back to the drawing board, scrapped the entire design which was an apartment building with two stories over ground level, parking, and we went with town houses similar to I believe its called the Valley Park townhouses up the block — three story town homes, twelve individual town homes.”

At the next public hearing, Minerva said Paramount Construction would use the same experts that it used at the previous public hearing to describe the benefits of the amended plan. Minerva also said he would bring a rendering of the plans and a colored landscape plan.