VS District 30 students kick off the Hour of Code 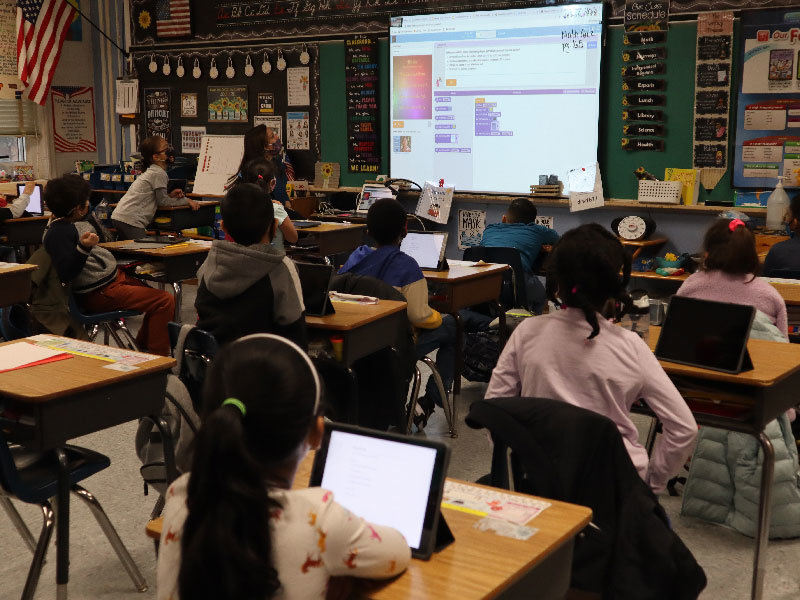 Students across Valley Stream District 30 recently joined in the Hour of Code, a nationwide challenge aimed at introducing younger students to coding during their brains most adaptive and malleable years.
“It’s an opportunity for them to get familiar with coding and allow them to get engaged and immersed in the whole coding field,” Director of Technology and 21st Century Learning Chris Onorato said.
Classes from pre-kindergarten up to sixth grade in Clear Stream Avenue, Shaw Avenue and Forest Road Elementary Schools were faced with a variety of coding challenges during the school day. Some classes, for example, had students complete code that would enable their video game character to move with the press of a button.
The program is designed to demystify “code” and ingrain the basics of computer science in students, growing in the level of complexity as students move up in years, according to the Hour of Code movement website. By the 6th grade, students in district 30 are expected to have a strong familiarity with coding and will be able to complete highly advanced code, according to school officials.