VSC eyes a couple of rematches 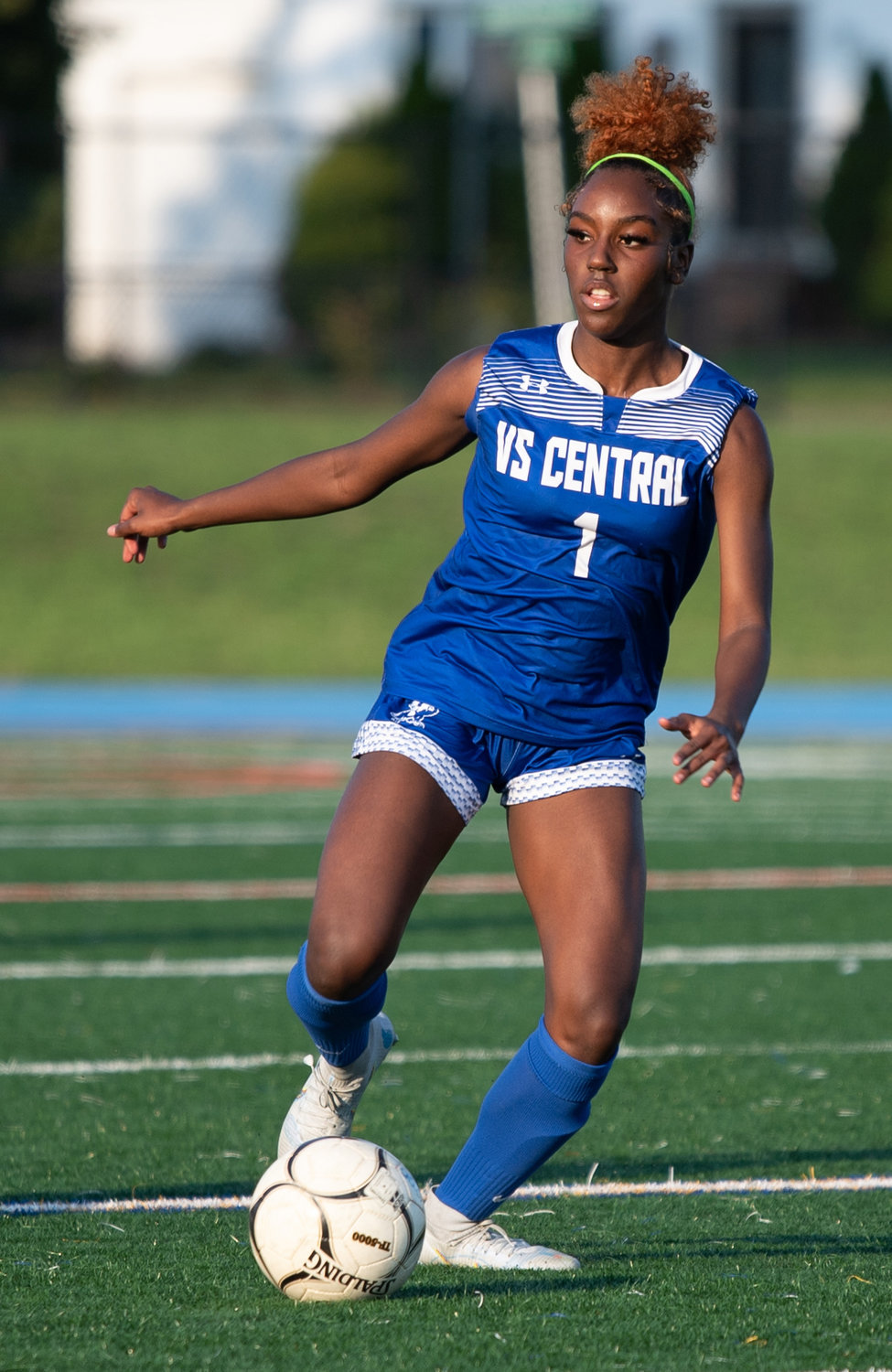 Junior forward Madison Galette, one of five returning starters for the Eagles, is off to a flying start with 7 goals and 4 assists.
Media Origin Inc./Herald
By Tony Bellissimo

Whether or not Valley Stream Central can turn the table on a couple of its Nassau Conference AA-2 rivals in the second half of the girls’ soccer season will determine if the Eagles put a banner on the wall this fall and qualify for the Class AA playoffs.

Central improved to a solid 5-2-1 with a victory over Hempstead last Friday but is still looking up at first-place Baldwin in the standings, with East Meadow also in the mix.

“Baldwin and East Meadow both beat us the first time around and we’ll see what happens in the rematches,” Central coach Mike Caputo said. “I think we can be the best team in the conference. We’re certainly the fastest and developing better chemistry every day.

“We need to have better starts to games,” he added. “We sometimes get caught up in trying to possess the ball instead of not moving it to open space and using our speed.”

Baldwin, which opened 5-0-2, defeated the Eagles 3-1 in the second game of the season. “We hit two posts and two crossbars in the second half,” Caputo said. “We have to go to their place next [Sept. 29] and they have a grass field, so it’s going to be tough but the girls are looking forward to the challenge.”

The Eagles returned five starters including All-County selections Lluvy Lewis and Alyssa Santiago. Lewis, a senior, has 3 goals and 7 assists, and Santiago, a junior, has 6 goals and 4 assists. Both are primarily center-midfielders but also play elsewhere. Junior Madison Kaminsky and senior Annalisa Bizzaro are the starting outside midfielders.

“Wherever Lluvy and Alyssa play, they make that whole area of the field better,” Caputo said. “Lluvy moves so well laterally with complete control of the ball. She’s a skilled an athletic playmaker. Alyssa is just a workhorse. She’s a two-year captain and nobody outworks her.”

Up front, junior Madison Galette returned and has been joined by freshman Kelsey Pierre. The duo is still in the process of jelling, Caputo said, but are filling the stat sheet. Galette, an All-Conference selection last fall, brings lightning speed and an improved skill set, the coach noted. She has 7 goals and 4 assists. Pierre (5 goals, 3 assists) possesses a combination of quickness, grit and skill.

In the defensive zone, junior Emily Martinez and senior Sienna Dessources control the middle and rely on strong communication and being in the right place at the right time. Senior Madison Ford, a key contributor last season, and senior newcomer Katiana Valentin, are getting the job done at outside back.

In goal, juniors Toni Clarke (25 saves) and Blair Graham (12) continue to battle for playing time and push each other. They provide Caputo with two quality options.

Since falling to East Meadow 2-1 in the game following the Baldwin loss to slip below .500 in the early going, Central has gone unbeaten in five straight with four victories and a wild 4-4 draw with Hicksville.

“We trailed Hicksville by two goals twice,” Caputo said. “I think aside from the first 20 minutes it was the best stretch we’ve put together so far.”