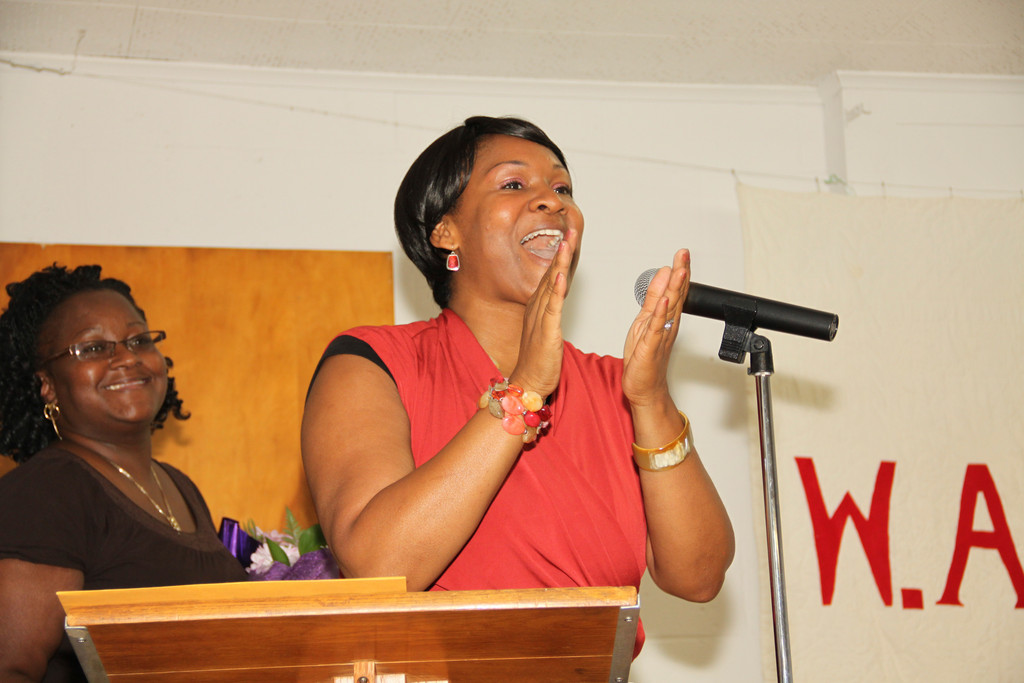 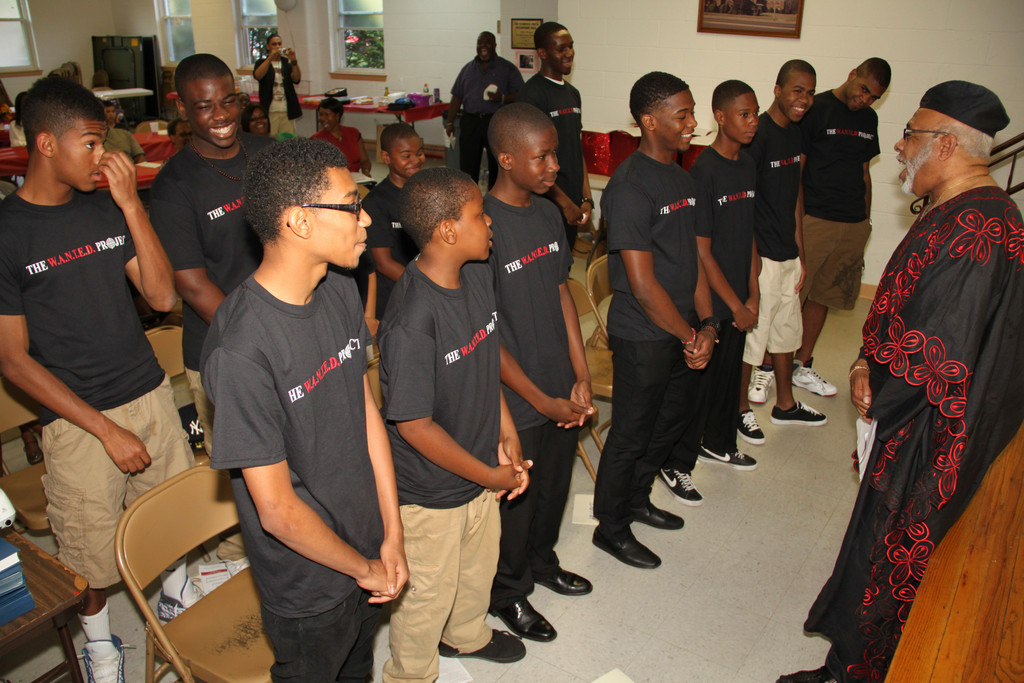 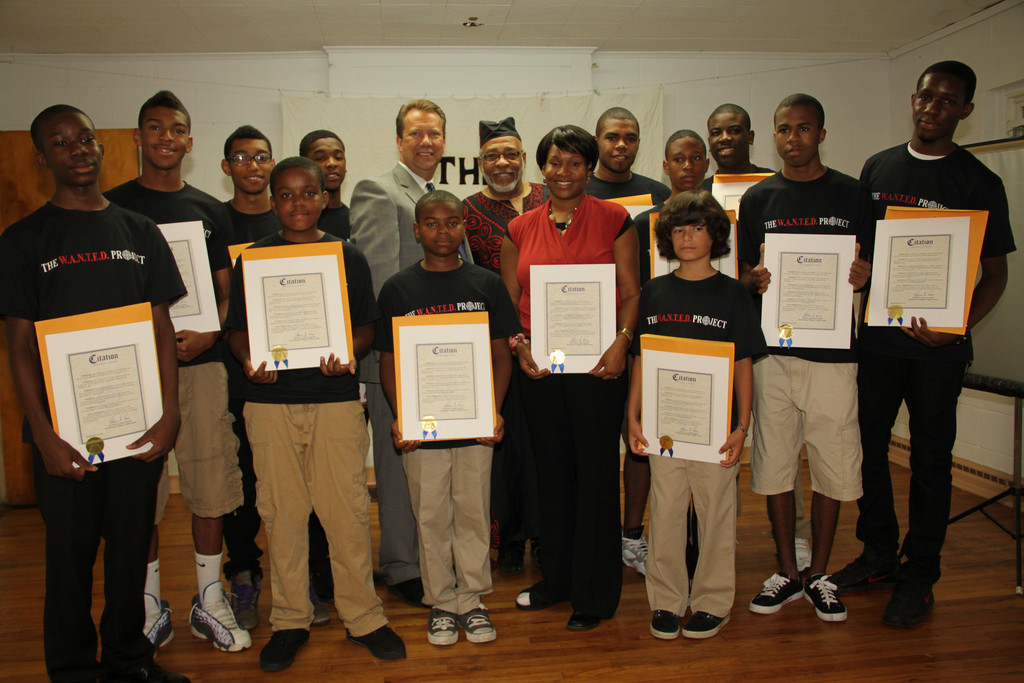 Thirteen young men graduated from the W.A.N.T.E.D. program at the Valley Stream Presbyterian Church on June 30.
Courtesy Village of Valley Stream
Previous Next
By Julie Mansmann

Church leaders, local officials and others came together to tell the first 13 young men to graduate from a new Valley Stream youth program that they are W.A.N.T.E.D. — worthy, accountable, named, thankful, empowered and determined — at their June 30 commencement ceremony.

Approximately 75 people were in attendance for the first graduation ceremony for the W.A.N.T.E.D. program, said Rev. Kymberley Clemons “KC” Jones, the group’s founder. The pastor at the Valley Stream Presbyterian Church, who created the program for black and Hispanic boys after her son was attacked by five youths in March, said she was surprised at the boys’ enthusiasm over the past seven weeks.

“I was afraid at the beginning that we wouldn’t be able to keep them interested, but I learned that the youth wanted to be involved,” she said. “Everyone who was involved with this program was so invested in it. Above all, the boys deserve to feel good.”

Throughout the program, the teens heard from various speakers who Jones said sympathize with the struggles of young men of color. At their last meeting, the graduates were recognized for their completion of the program with certificates and T-shirts. They also heard from Walter Hildago, a 29-year-old youth minister at Riverside Church who Jones said mixes hip-hop and spirituality.

Mayor Ed Fare, who spoke at the ceremony, said Hildago, Jones and all involved were doing great work by turning negative experiences into positive one. “When you stress the idea of having confidence in yourself and the community,” he said, “that’s a mayor’s dream.”

Jones plans on graduating a class from the program four times a year, and six boys have already signed up for the next class that will begin meeting on Sept. 29. The graduates of the first class will continue to meet for monthly workshops.