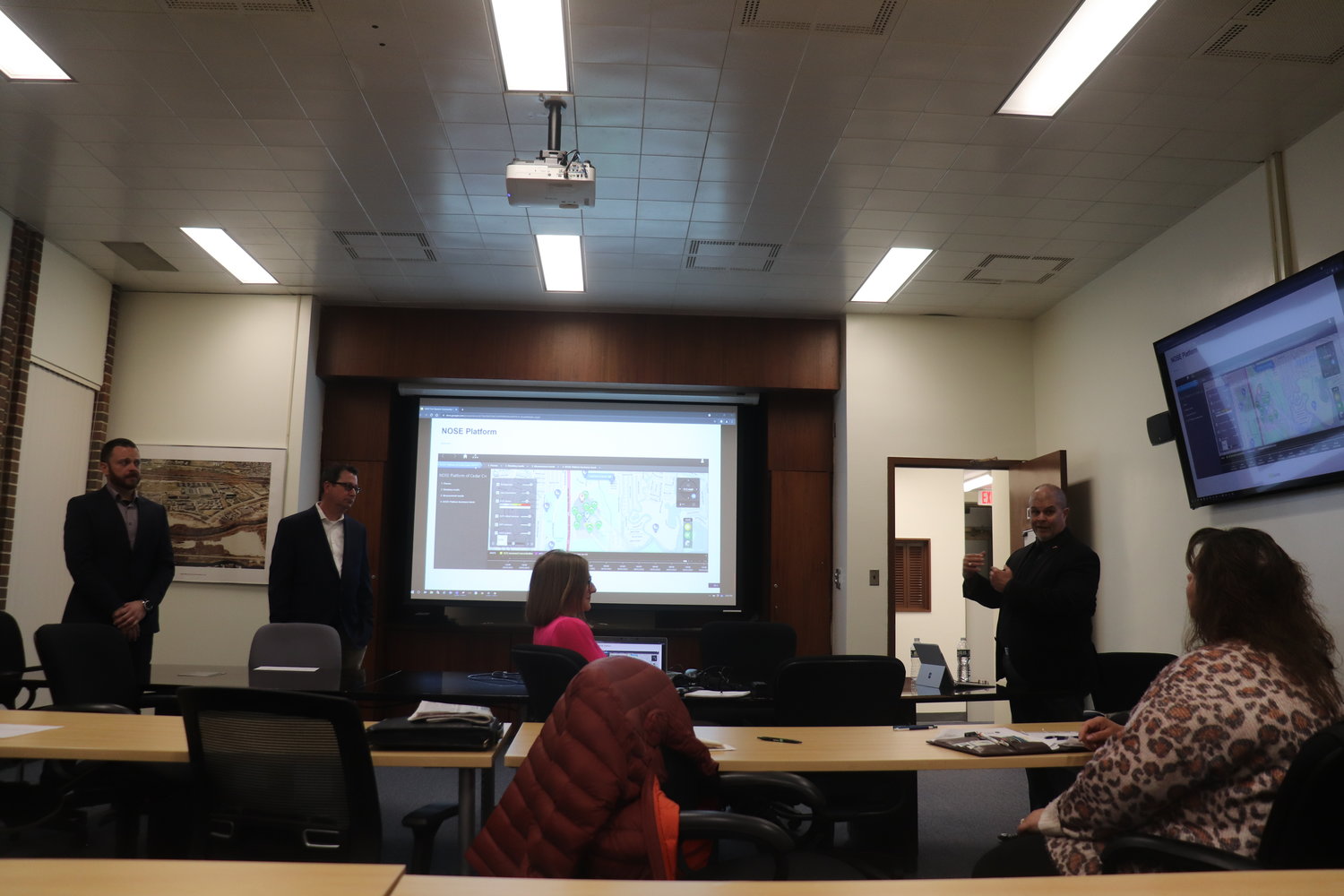 Board Members show their presentation to the audience.
Maria Cestero/Herald
By Maria Cestero

Cedar Creek Oversight Committee and SUEZ met on Mar. 29 to discuss the current conditions of the Cedar Creek Water Pollution Control Plant Facility in Wantagh. Their mission: reduce and control odor emissions from the plant and make multiple updates to the facility that will benefit the community.

Close to two schools, both Seaford Harbor Elementary School and Mandalay Elementary School, sewage plant’s odor emissions would reach the schools and local residents in the area. Their solution was to place portable sensors around the area to track odors in 2021.

The facility will also use weather stations to track and monitor winds to further prevent sewage plant odor from seeping into the surrounding communities.

Attendees of the board meeting chatted about the smell the sewage facility used to produce compared to current times. Legis. Steve Rhoads also attended the meeting about the community update.

“It used to smell and it brings property values down,” said local real estate agent, Karen Cass. Cass is a licesnsed real estate for Signature Premier Properties in Wantagh. Cass continued her statement to ask if further projects at the sewage plant during the summer months will affect the community.

Among the projects at the sewage plant, the plant focuses on water reuse. The plant has saved 30 million gallons of potable water since 2019. Water that is put back into the ocean is tested and must pass an 85 percent removal minimum to meet standards- standards they hope to surpass.

The plant also studies the wastewater that come into the facility, testing it for covid-19 which can be detected before symptoms appear in the community. The plant can continue to monitor major hot spots areas such as schools and  hospitals and antipicate coronavirus outbreaks in the community.

784 water samples were taken in January compared to the 709 samples taken in February according to Chrisdell.According to the presentation done, the trend of doing corrective work on the sewage facilility has decreased, a trend in the facility.

Among the changes to the Cedar Creek Water Polution COntrol Plant Facility, new security measures will be added in preventative measures to ensure the safety of the plant and surrounding community members.

“What is here is dangerous without security,” said Chrisdell. Sewage plant workers will perform daily security sweeps in the area to prohibit illicit activity.