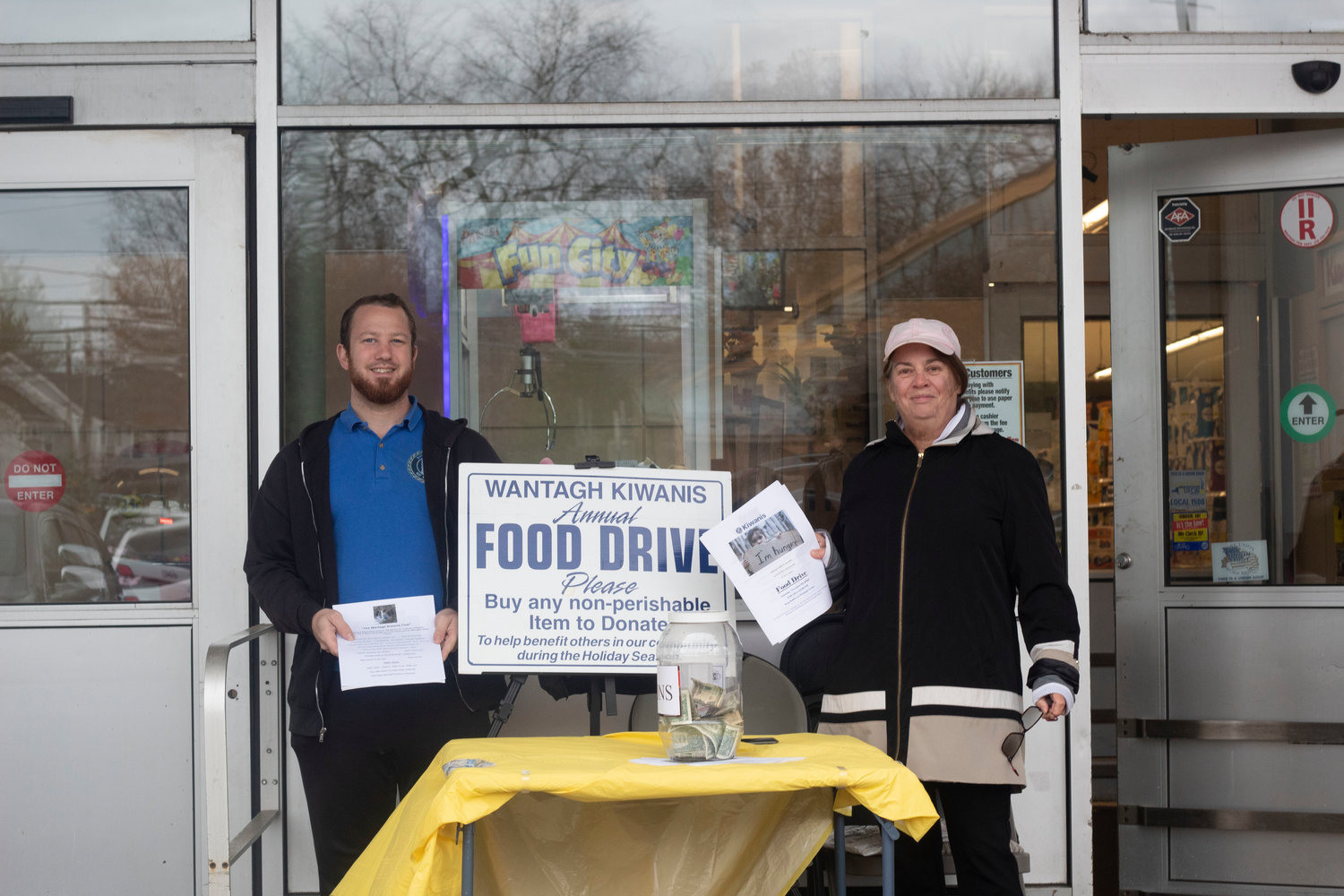 Mark Engleman, left, and Marlena Schein, of Wantagh Kiwanis, hosted a food drive on Nov. 13 to supplement the efforts of the Giving Garden.
Christine Rivera/Herald 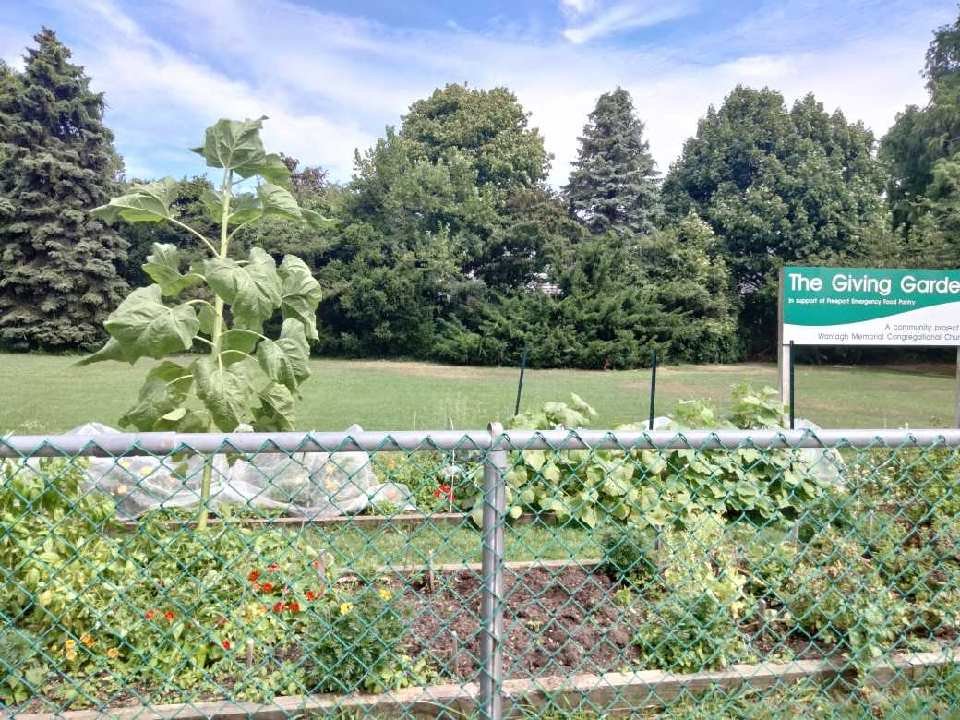 The Wantagh Giving Garden, behind the Memorial Congregational Church, grows a number of crops each year to donate to local pantries.
Courtesy Deb Colton
Previous Next
By Michael Malaszczyk

The Wantagh Kiwanis Club and a local church are combining their efforts to help combat world hunger, and now they are urging members of the Wantagh, Seaford and surrounding communities to help tackle the problem.

The Kiwanis Club routinely runs food drives for non-perishable food items, as well as necessities such as baby powder and shampoo, which go to local pantries. But Ron Garner of the Wantagh Memorial Congregational Church, a United Church of Christ congregation, said he wanted to add fresh produce to that lineup and started a community garden at his parish.

Garner, who is the treasurer of the Long Island Council of Churches, created the Wantagh Giving Garden in 2012. His parish already had a working relationship with the Freeport Emergency Food Center, but Garner said he quickly recognized the need for fresh produce at pantries like that one.

“For the first few years, we had to drag a garden hose out, and it was very difficult to water the plants,” Garner said. “So we spoke to the trustees and got a sprinkler system installed in 2015.”

Laurie Nunez, of Bellmore, quickly volunteered to assist Garner in this effort, and is now in charge of the garden. Nunez said she has tried many different gardening techniques, including “sister planting,” which originated with the Native Americans.

The effort started this spring and wrapped up late last month, and thanks to Nunez’s efforts and research, the garden has produced fruits and vegetables such as cantaloupe, potatoes, tomatoes, kale, green beans and more.

“We tried corn once,” Nunez said. “The stalks were impressive, but the corn itself wasn’t.”

Both Garner and Nunez said they feel that 2022 has been an exceptionally successful year for the garden.

“I was going down to the pantry in Freeport with fresh produce two or three times a week during the summer,” Garner said. “That’s how well we were doing.”

Garner added that when he brings the food to the pantries, he typically stays for half an hour to do some of his treasurer’s responsibilities, and by the time he leaves, all of the vegetables have been taken.

Nunez and Garner have received excellent help this year, with Mark Engleman and Jim Silberger of the Kiwanis Club assisting with the garden. They also received assistance from Boy Scout Troop 96.

While the season of fresh produce might be over, the church and the Kiwanis Club aren’t going away for the winter. The Kiwanis Club hosted a food drive outside King Kullen on Wantagh Avenue on Sunday, collecting the vital non-perishable food items that are a must for the pantries. Garner said he works mostly with the Freeport pantry since the garden does not produce enough food for many pantries, but the Kiwanis Club also donates to St. Francis Food Pantry in Wantagh and St. Jude Episcopal Food Pantry in Seaford.

“Every Monday morning, I’m in the parking lot behind the church from 10 to 11,” Garner said. “And I get donations from people in the community to take to the Freeport food pantry. We have some very faithful people that do that every week. But all are welcome to donate at any time. You can leave it in the church or outside the church.”

According to Kiwanis Club officials, hunger is a bigger problem on Long Island than one might think.

“With the national poverty threshold for two adult and two children households at $26,500 per year, that number doesn’t begin to factor in the cost of housing, utilities, transportation, insurance, taxes and so much more to live on Long Island,” the Kiwanis Club said in a statement. “A recent evaluation puts the poverty scale on LI at about $85,000 a year for that same family of four.”