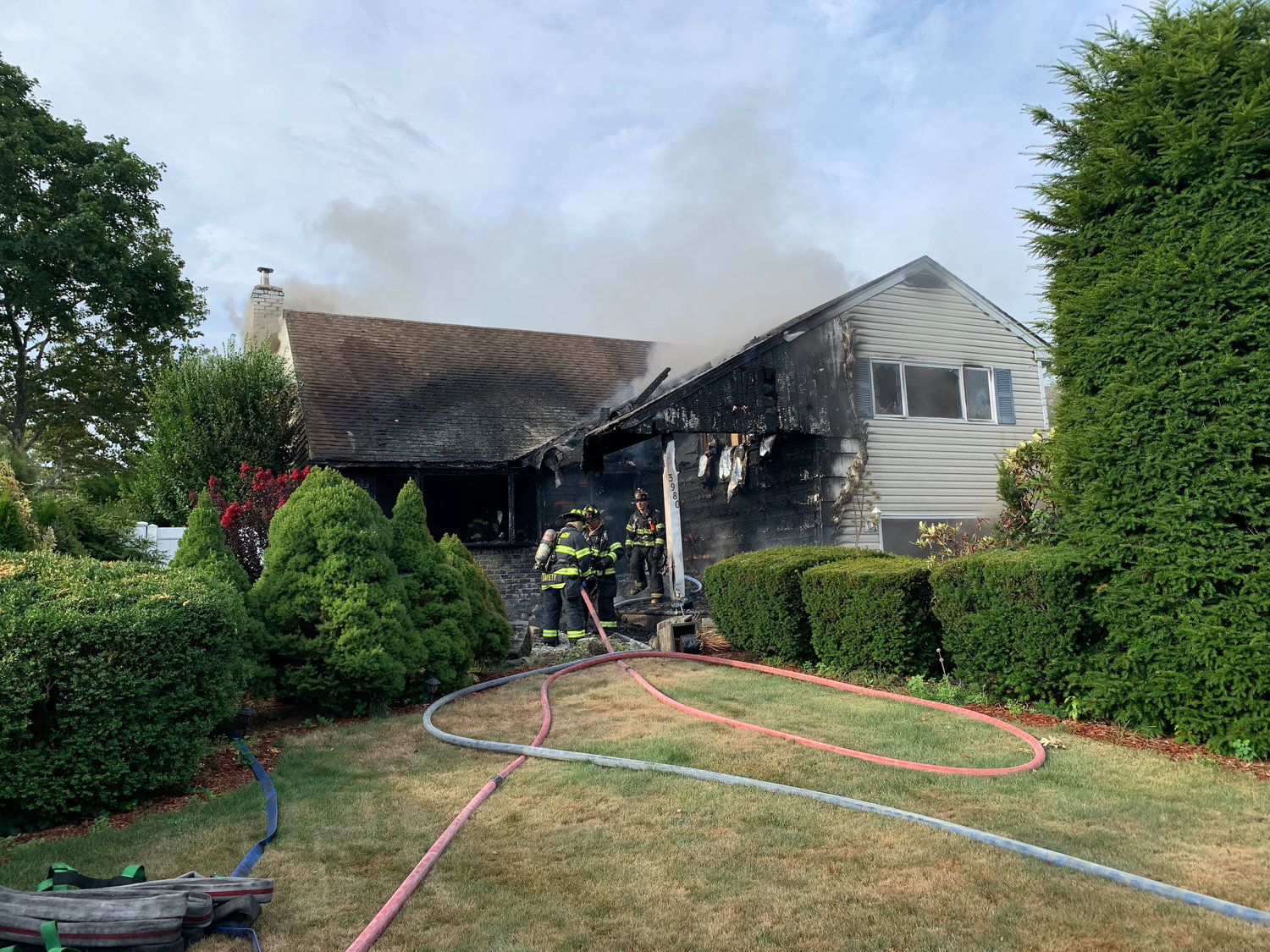 On July 26, there was a large house fire in Seaford. Firefighters from multiple surrounding towns responded to the fire.
Courtesy of Wantagh Fire Department
By Michael Malaszczyk

On July 26, there was a house fire at 3980 Wolkow Avenue in Seaford. Wantagh Fire Department dispatcher Denis McCann received several calls about it in the early morning, with the possibility of occupants inside. All Wantagh stations were alerted of the incident. Second Assistant Chief Bill Stevens transmitted a “signal 10” working fire upon his arrival. First Assistant Chief Leonard Mathewson arrived shortly thereafter and assumed command.

Engines 1, 4, and 7 arrived and stretched hose lines from nearby fire hydrants to extinguish the fire, which was engulfing the front porch of the house and traveling rapidly to the second foor. Ladders 1 and 2 arrived and conducted search, ventilation, and overhaul operations.

The fire was brought under control in about 45 minutes, with fire department personnel remaining on the scene to ensure there were no hidden hot spots. Firefighters from Bethpage, Levittown, Seaford, Massapequa, East Meadow, North Bellmore, and Merrick’s departments all responded as well.

No injuries to Fire Department personnel occurred. The occupants of the home were taken to a nearby hospital to be treated for burns and smoke inhalation.

The Nassau County Fire Marshal is investigating the cause of the fire. At this time, it does not appear suspicious.