In a flurry of sorrow and grief following 9/11, one Seaford group rises 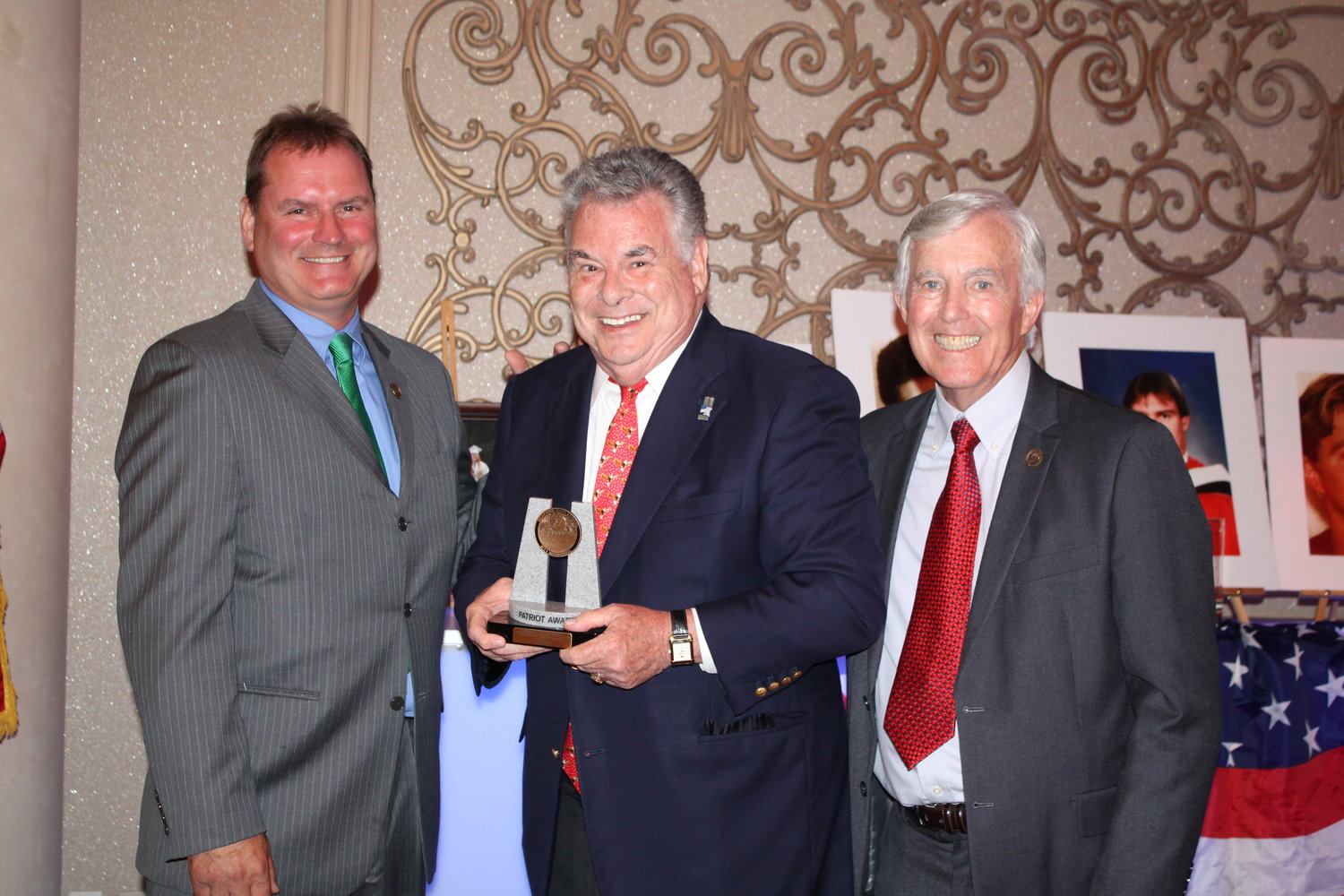 In late September 2001, Massapequa resident Tom Condon, then a Seaford High School guidance counselor, was coaching a football game when he was approached by Ken Haskell, of Seaford, at a game.

Haskell, a second-generation firefighter, had lost both of his brothers, Timothy and Thomas, in the Sept. 11, 2001, attacks on the World Trade Center. The brothers – also New York City firefighters – died after they entered the North and South Towers in a rescue operation. Haskell, exhausted, spent most days that month and the following months at ground zero searching for the bodies of his brothers and helping with the recovery effort.

“ said, ‘We got to do something for my brothers,’ and I said, ‘Absolutely, Ken,’” Condon recalled. Once Condon mentioned the additional victims, Haskell was invested.

By the first week of November, Condon said, he had contacted the families and began to form a group with them, community members and former faculty members Patrick Gallagher and Raymond Buckley.

“The grief at this time was not only with the families, but with the entire Seaford community, the entire tri-state area and the entire nation,” Condon said. “I commend the Haskell, the Perry, the Sliwak and Wittenstein families – their response to this was truly incredible. That’s what’s carried on to this day. … It’s as much a remembrance now as it was in the beginning days of 9/11.”

A community rally at Mulcahy's Pub and Concert Hall raised more than $90,000 for the organization that they formed, Haskell said. And roughly 20 years later, the nonprofit Seaford 9/11 Memorial Committee has continued to remember the five alumni and has distributed over ​​$210,000 in scholarships to the community.

“That’s just the type of town Seaford is, and Wantagh is the same way,” Haskell said. “It’s blue-collar people, and everyone turns out to help each other.”

This year marks the 20th anniversary of the terrorist attacks on Sept. 11, 2001, a day that remains etched into the minds of many who lived through it. It impacted residents in the Wantagh-Seaford communities, and many residents knew someone – or knew someone who knew someone – who died in the attacks. Some community members responded to the scene, and many local first responders are still dealing with the adverse effects of working in the toxic air at ground zero.

Every year, the committee and members of the Wantagh-Seaford communities continue to honor the nearly 3,000 people who died in the attacks. 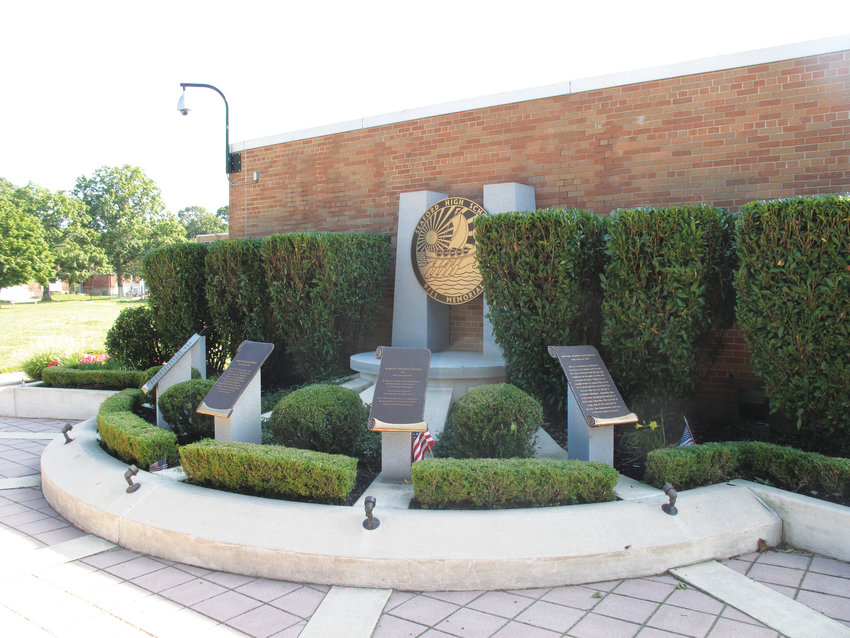 Through education
All high school and elementary school students, with some exceptions, were born after Sept. 11. However, the Seaford High School campus is home to the 9/11 memorial, which Condon said serves as an educational tool for students and the community since its installation in November 2002.

The site has two vertical stones side by side. Between them is a bronze disk with a Viking ship, a reference to Seaford’s mascot. Each oar attached to the ship features the initials of the five deceased alumni. The site also has artifacts that represent the attacks, Condon said, and a survivor tree, a portion of a living tree that was originally buried near the World Trade Center on 9/11.

“It’s important for students to understand that our freedom and liberties exist because of the sacrifice made by fellow Americans,” Seaford Superintendent Adele Pecora said.

“Being on the grounds of the high school, it really serves a tremendous purpose to keep the idea of the attacks alive,” Condon said. “Classes come out there, and they’re able to hear about the events of 9/11.”

A stone at the site reads, “Our community mourns the loss of family and friends who perish. This memorial teaching plaza was designed for contemplation and reflection. It honors and recognizes the lives as well as the spirit of those lost. Their sacrifice inspires our nation to endure.”

“The events of 9/11, they remind us that out of the ashes and morass, inexorable nationalism arose, and we must never forget the importance of being kind to others and responsible members of a democratic society,” Pecora said.

In the Wantagh School District, a series of events will be held next week to honor the fallen heroes. At Wantagh, Mandalay Bay and Forest Lake elementary schools, and the middle school, students and staff are advised to wear red, white and blue and observe a moment of silence. Mandalay Bay students and staff will also gather outside on the North Field and recite the Pledge of Allegiance, followed by a moment of silence. Age-appropriate conversations will then take place in the classrooms.

At Wantagh High School, an announcement and extended moment of silence will take place. District Director of Humanities Julie Roslee will coordinate lessons in grades six to 12 social studies classes on Sept. 10 about the attacks. 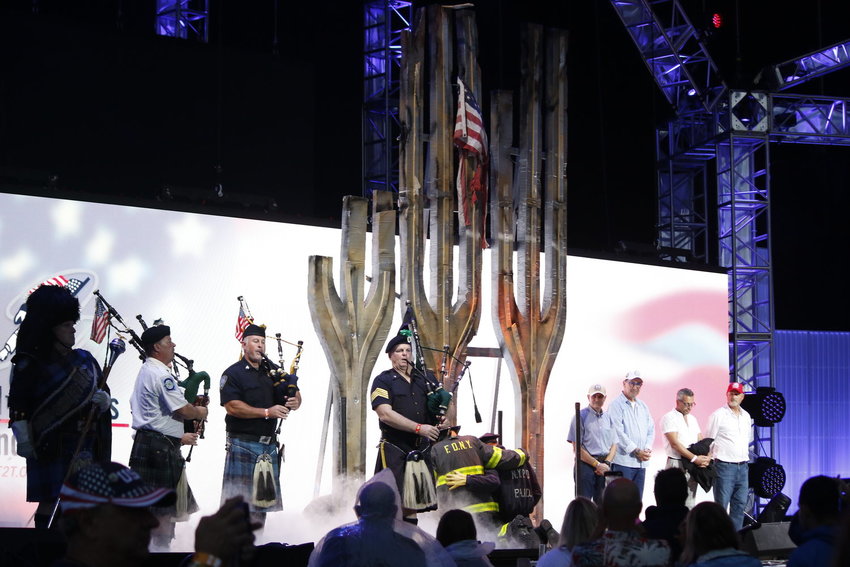 Through music
Another way the community this year honored the victims of 9/11 was through the Never Forget Concert. Nonprofit Tunnel to Towers Foundation hosted its first-ever benefit concert at Northwell Health at Jones Beach Theater on Aug. 21.

All proceeds from the concert went to the foundation. Created in 2001 by Frank Siller, the nonprofit provides mortgage-free houses and other benefits to injured veterans, Gold Star families and first responders.

“You honor people by celebrating their lives, not by being sad all your life,” Frank said Friday. “That is just no way to live. They wouldn’t want us to live that way.”

Frank’s brother, FDNY firefighter Stephen Siller, who grew up in Rockville Centre, died on Sept. 11 in the World Trade Center.

“We celebrated their lives in this great party...to remember them as human beings....that they had families and that they had a great existence on earth,” he said. “I think it touches on every note that we should touch on to memorialize and to commemorate these heroes that gave everything for us.”

Through infrastructure
Last month, a Bay Parkway bridge over the Wantagh State Parkway was dedicated to the late Elizabeth Horner-Miller Cutrone, a Bethpage resident and New York City Police Department detective who worked at ground zero after the attacks on the World Trade Center. Cutrone died in a car accident on the bridge in 2015.

Nassau County Legislator Steve Rhoads, a Republican representing the 19th District, said the bridge was an appropriate tribute to Cutrone's "service and sacrifice” and was timely being close to the 20th anniversary of 9/11.

“It's very fitting that we are creating this memorial of Cutrone close to the 20th anniversary of the 9/11 attacks due to her recovery efforts,” Rhoads said last week. “The fact that we are doing this now puts an exclamation point on the significance of her service and what it means to all of us. It's wonderful that the state is commemorating her in this way."

Legislation was introduced by State Assemblyman David McDonough, a Merrick Republican who represents the 14th District, and State Sen. John Brooks, a Seaford Democrat who represents the 8th Senate District. The bill was signed into law last month.

Through reflection
“For me, [Sept. 11] robbed me of a sense of security and challenged so many of my beliefs about how things were supposed to be. … I was with my partner four blocks from the towers when the second tower came down. The noise was deafening and the smoke that enveloped us left our visibility at practically zero. ... I realized in that instant that there was nobody to call to save us. We were truly all on our own. I remember that moment clearly. It was life-changing. Hours later, as I stood on the West Side Highway, which didn’t resemble itself in the least, an F-16 fighter jet flew directly over my head. I stood there and cried. It was the first time in many hours that I felt safe. The United States military was here.”
-Laura Greaney, Wantagh

“Sept. 11 meant the end of my innocence and ever truly feeling safe. I used to love traveling and big public events, but that all changed that day. ...I was in school on 26th Street, and I remember being told that there was a terrorist attack on the city and we all needed to leave. I walked out that door a different person than I walked in. I remember the look of shock and confusion on all the faces waiting in long lines to use pay phones and people crying in the streets. I also remember how beautiful it was out that day. A beautiful, tragic day."
-Kate Susco, Wantagh

“I was pregnant with twins on Sept. 11. For me, I just kept thinking, ‘How can I allow myself to bring children into this world?’ That’s what kept going through my mind. And eight days later, my two sons were born. … Everyone was very supportive. I felt bad, but they kept saying they needed the good news."
-Donna Schneider, Seaford

“This is a community that definitely has a lot of former first responders, cops and firemen that responded on that day. I definitely say year-round, you can see how many people in this area never forget. … It’s important to remember 9/11 to make sure this country always stays vigilant to make sure that the attacks that happened on that day never reoccur. We must never let our guard down. We, as a nation and a community, need to stay vigilant together.”
-Hempstead Town Councilman Chris Carini