Cops’ counsel: ‘Let someone hear you’ 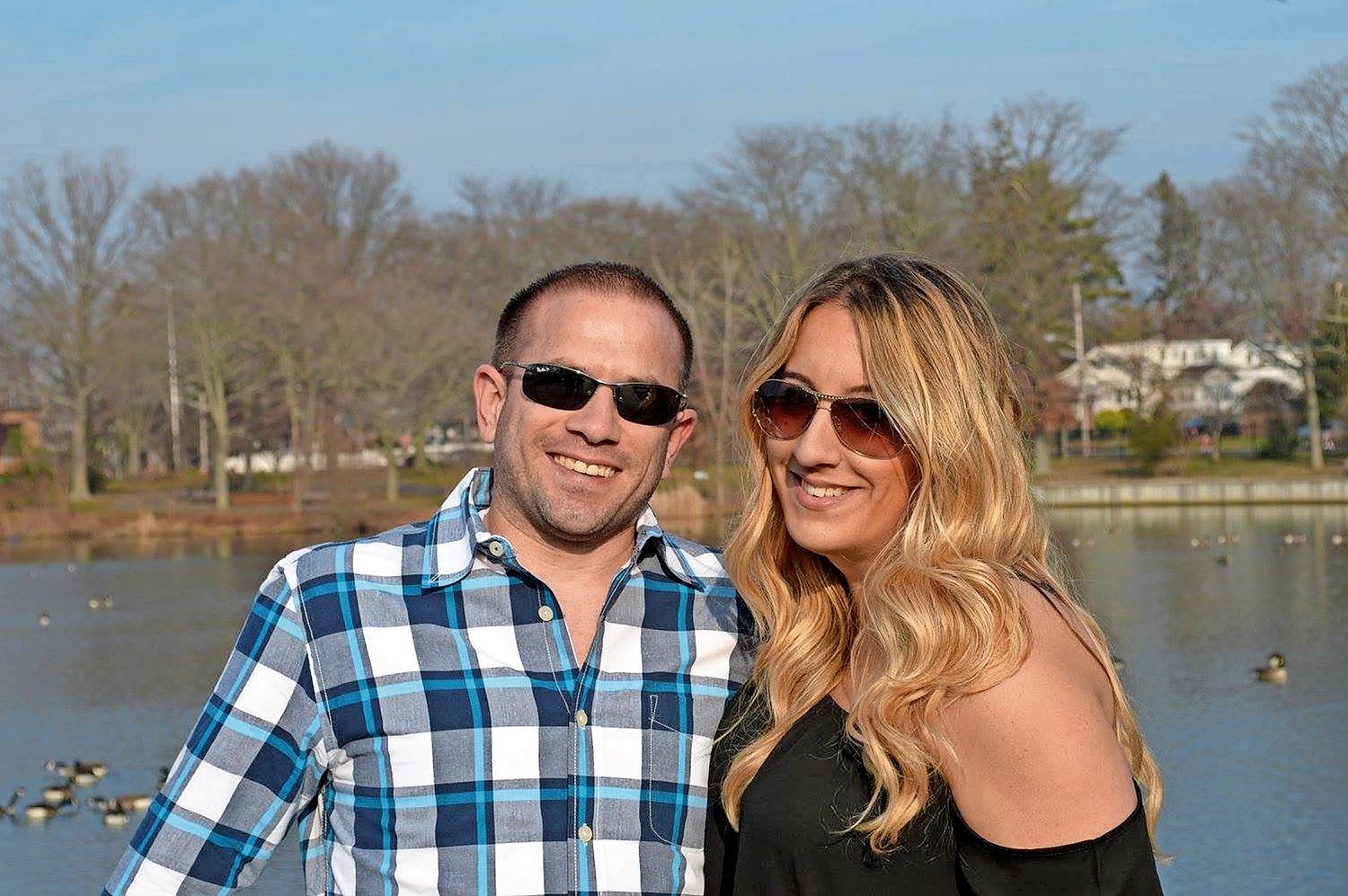 Chris and Michelle Panetta are working to reduce the number of deaths by suicide among law enforcement officers.
Courtesy Beyond the Badge

I don’t think you owe it to anybody but yourself.”
Chris Panetta, Beyond the Badge
By J.D. Freda

Last year, 228 police officers died by suicide in the United States — one hundred more than were killed in the line of duty, according to Blue HELP and the Caruth Police Institute.

In 2017, veteran California Highway Patrol Officer Andy O’Hara wrote a sobering article for the Marshall Project on the trends he has seen in police suicide statistics. “More officers die of suicide than die of shootings and traffic accidents combined,” O’Hara wrote. “It’s a problem that cries out for answers and remedies.”

Seaford’s Christopher and Michelle Panetta, a husband and wife who are both law enforcement officers, are taking a stand and looking to help. In January last year, Chris’s longtime friend and fellow NYPD police officer, Nick Mencaroni, 40, died by suicide. Later that year, Chris, an NYPD detective, and Michelle, a probation officer, formed Beyond the Badge, a nonprofit to promote mental health awareness among their fellow officers.

Although the Panettas lived in the same community as Shirreffs, they did not know him, but they were upset when they heard the news. “I was at work when I heard what happened,” Chris said. “It was disheartening and disappointing to hear.”

According to a report by Bluehelp.org last year, there were 578 suicides by law enforcement officers in the U.S. from Jan. 1, 2016, to June 31, 2019. In New York, they account for more than 9 percent of the state’s total suicides — the second-highest percentage in the country, after California, where the number is just over 9.5 percent. The report stressed that these are only the cases that have been reported. The number is thought to be higher.

“So many people think that law enforcement is just fighting crime,” Michelle said. “It’s not just about that. Anything can happen. You can pull up to the scene of an accident and see a child hurt, or deceased, and that can stay with you.”

The Panettas stress that police officers need to break a longstanding stigma against discussing mental health issues before they can open up. They said officers can develop a variety of mental health problems because of “post-traumatic stress injury.” According to posttraumaticstressinjury.org, the term “post-traumatic stress disorder,” coined some four decades ago, leads to a stigma that those suffering from it have trouble getting past. Chris said he preferred PTSI when referring to officers who have reached out to Beyond the Badge.

Town of Hempstead Councilman Christopher Carini, a former NYPD and Port Authority police officer, said the stigma law enforcement officers face is real. “Police suicide is something that has affected cops for years,” Carini said. “In the last couple years, it has been a big factor. Back when I started on the force, there weren’t too many organizations to help with this. Back then, the stigma was you’d be taken off the line, lose your job and take your gun,” he said.

The Panettas said that as they went through the police academy, mental health training was not a major focus. During Chris’s cadetship in 2000, a veteran officer at the academy shot himself in the neck in a room just offstage in an auditorium where about 200 cadets had gathered.

Carini said he was nearing the end of his active police career, departments hired stress counselors. “Cop to cop, they were able to start coming forward,” Carini said. “It didn’t have to be job-related. It could have been about a variety of things.”

He was not shocked police officers have a higher rate of divorce, alcoholism and suicide than the general public, he said. He also said officers prefer to be seen by an outside mental health provider or advocate than by one within the police department.

“You just have to let them talk,” Chris said. “Every situation is unique, and you have to empathize. I’m available to them at any time of the day.”

Michelle said the financial strain from medical payments and co-payments could stress law enforcement officers. She said staying physically active is key to being healthy mentally. She is in talks to offer free yoga sessions to law enforcement members at local yoga studios and karate dojos.

Chris noted other initiatives, including a car show fundraiser in Lido Beach, a paint-night fundraiser and the second-annual softball game fundraiser. He is also in discussions with Molloy College, his alma mater, to host seminars with guest speakers from Blue H.E.L.P. and the New York Law Enforcement Assistance Program.

“I don’t think you owe it to anybody but yourself,” Chris said. “For all the things you’ve done to help other people, it’s time to help yourself. You only have one life to live. Let someone hear you.”