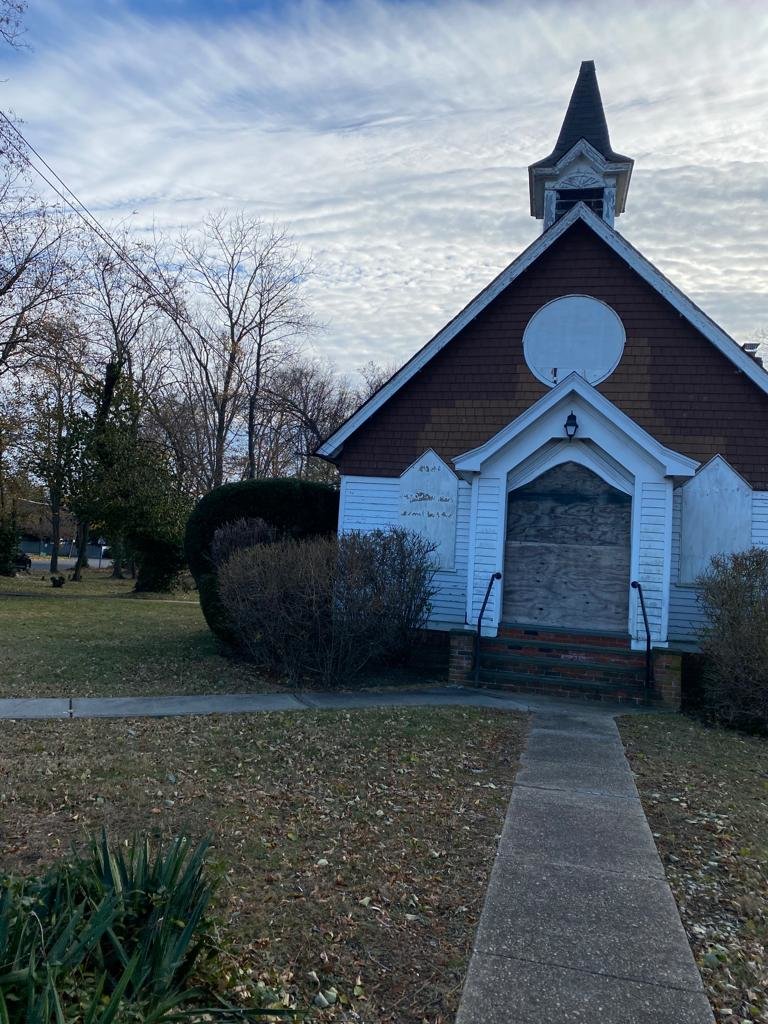 The building, which had been dilapidated for years, was formerly home to St. Matthias Episcopal Church.
Courtesy of Islamic Center of Nassau
Previous Next
By Michael Malaszczyk

A historic building in Wantagh, at 2856 Jerusalem Ave., is the new home for the Islamic Center of Nassau County.

The Islamic Center recently acquired the dilapidated building, formerly home to the St. Matthias Episcopal Church, on the Bellmore border, and repurposed it into the center. The acquisition is a huge step for the growing Muslim communities of Wantagh, Seaford, Bellmore and Merrick, and the center’s owners said they hope that it will also be a step forward for interfaith relations on Long Island.

St. Matthias Episcopal Church was more than 100 years old, built in 1904 by “the Brush” community, which was comprised of freed African-American slaves and their families, as well as Native Americans. From 1994 to 2009, it was under the jurisdiction of the Episcopal Diocese, but services ended abruptly in 2009 because attendance was poor, officials said.

The building began to fall into disrepair, and independent groups, regarded as “squatters” by the Episcopal Diocese, continued to congregate in the deteriorating building, officials added.

The Episcopal Diocese eventually regained control of the building, and St. Matthias was granted historic landmark status in 2019. The diocese then decided to sell the building, and the Islamic Center of Nassau expressed interest in buying it.

“We put in the application in 2019 to the diocese,” Mohammad Ali, Islamic Center of Nassau trustee, said. “When we got the church, it was in complete disrepair; there was graffiti everywhere, there was no electricity. It was basically destroyed.”

Ali said he believes that since the diocese shut down the building’s religious services in 2009, vandals had damaged the building’s facilities, forcing the Town of Hempstead to board up the building completely to prevent further damage.

The mosque at the Islamic Center will offer prayer services, religious functions, spiritual guidance and counseling, children’s activities, and provide a general community center for Muslims of the area, officials said.

According to Ali, there are some 350 Muslim families located in Wantagh, Seaford and surrounding towns, and further construction will be done to accommodate them. Currently, the center can only host 92 people, he said.

Ali added that the Wantagh community has warmly embraced the center. Rabbi Daniel Bar-Nahum of Temple B’Nai Torah attended a Friday prayer service at the mosque, giving a speech welcoming the center to Wantagh. Father Michael Ngoka of St. Barnabas Catholic Church in Bellmore attended an inaugural ceremony for the mosque on July 17 and also gave a speech. In addition, Temple B’Nai Torah is allowing the Islamic Center to use its parking lot to celebrate an upcoming religious event.

The Islamic Center’s goal is for the building to eventually become a community center for everyone, not just Muslims.

“We are going to provide educational services and financial literacy services,” Ali said. “These will be for both congregants and non-congregants, because at the end of the day, we are all human beings; it doesn’t matter what religion you practice. We are now part of this community.”

From its new location, so close to both a temple and a Catholic church, the Islamic Center is poised to help strengthen interfaith relations and diversity on Long Island.

“Nassau County is diverse, and it continues to evolve and change right now,” Ali said. “It’s a great county in a great state. I believe everybody on Long Island is very accepting, and that this center is a step forward.”