Pat Shea is the Wantagh Herald's 2021 Person of the Year 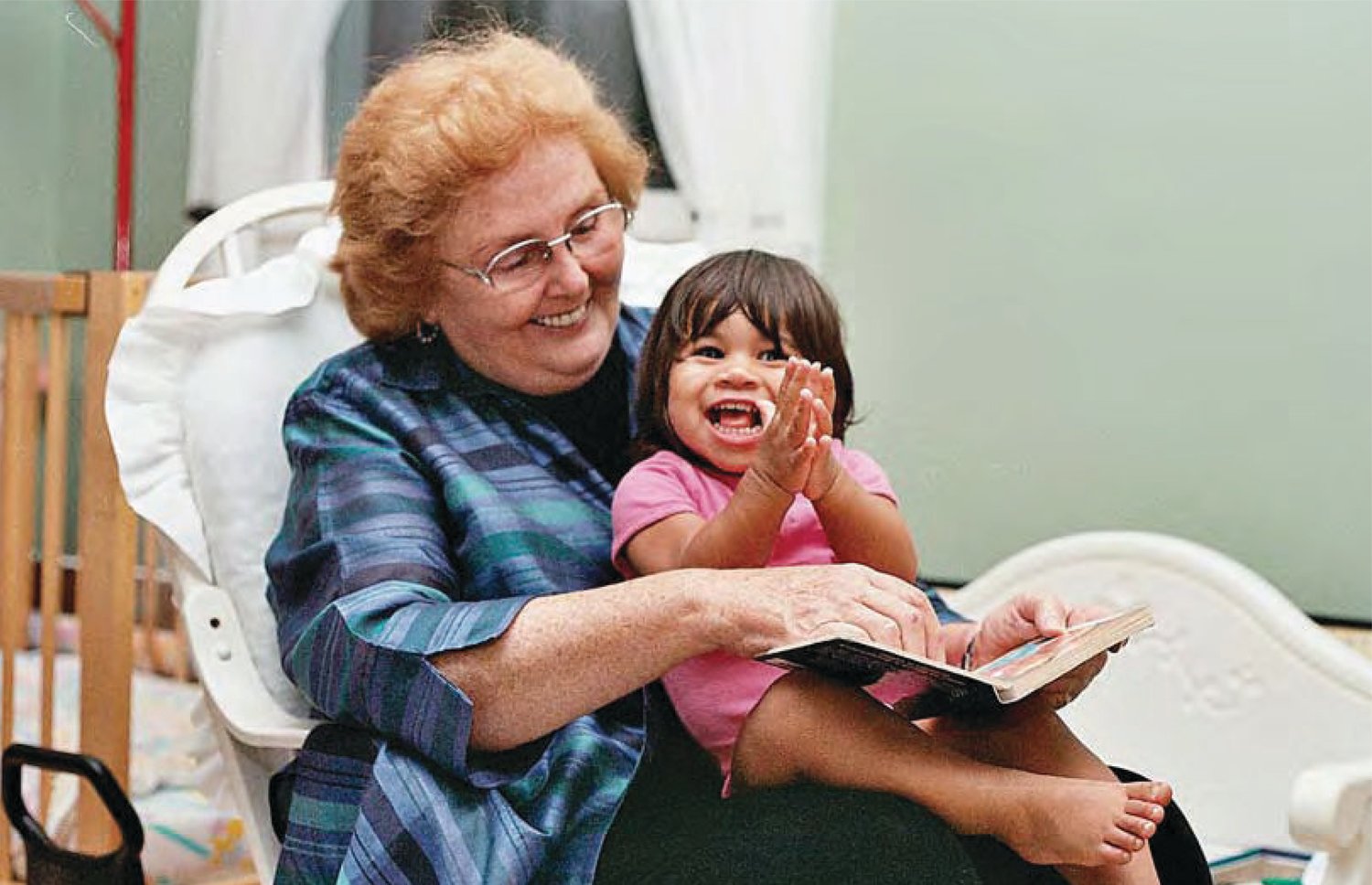 Deirdre Trumpy, 39, describes her mother, Pat Shea, as passionate, compassionate and strong. Given Shea’s years of hard work and dedication to the Wantagh-based organization Mommas House, which provides a safe place for pregnant women and young mothers, ages 18 to 24 and their babies, the description is clearly fitting.

The organization, which was founded by Shea in 1986, recently celebrated its 35th anniversary — and having assisted more than 1,000 mothers and babies across Nassau County. Mommas House offers transitional housing, emergency shelters and permanent housing services. It has four mother-child transitional residences in Glen Cove and Jericho and two in Hempstead, as well as a permanent home in East Massapequa.

“I hold mothers in high esteem,” Shea said when asked why she chose to focus on helping mothers in need. “I know how difficult it is to be a mother. Even in a position where you have people supporting you, it’s difficult.”

Helping those in need is just what Shea does, Trumpy said. And for her untiring efforts, the Herald is proud to name her its 2021 person of the year.

Shea, 80, grew up in Bellerose, Queens, before moving to suburban Long Island when she was a senior at St. John’s University. She studied high school math education there, but after a mission trip to Mexico that she took with her church right after she graduated, she knew she wanted to head in a different direction.

“After that experience in Mexico, I decided that was really where I was called to be,” Shea recalled. “Something in helping people more directly.”

After getting a job at Angel Guardian Home, an orphanage in Brooklyn, she decided to pursue a master’s in social work at Fordham University, which she completed in 1965. She worked at the orphanage until 1969, when she gave birth to her first son. In 1970 Shea founded the Wantagh-based Birthright of Nassau/Suffolk, which helped women facing unplanned pregnancies. This was never a paid position.

She and her late husband, Thomas, eventually settled in Massapequa, where they raised five children: the late Dillon Shea, Keara Bloom, Meaghan Shea, Siobhan Anderson and Trumpy, the youngest.

The idea for Mommas House came to Shea after a heart-wrenching experience in 1984. As a Birthright of Nassau/Suffolk volunteer she was trying to find housing for a young homeless woman who had aged out of foster care and now found herself pregnant. The woman eventually found a place for herself and her baby to stay, but it was an unlivable house. She rented a room barely big enough for a bed — let alone a crib — in a filthy home with no hot water occupied by nine men, most of whom had recently been discharged from mental institutions or were drug addicts or alcoholics.

Shea had offered the woman a room in her house, but she refused, and a few weeks later, when the woman asked Shea to watch her newborn son while she went to the doctor, Shea didn’t hesitate to agree. Shea was disgusted that there weren’t any places for people like this woman to live, and decided that something needed to be done.

The first Mommas House was a home that a local businessman named Joe Haley purchased in Wantagh in 1986, and allowed Shea to house pregnant women in need there.

“I asked everyone I knew to pray for a house,” Shea said. “I had them start praying for me to find a house, and Joe was in a prayer group and wanted to help us. So because of that, I knew that this is what we were supposed to be doing. This is the mission.”

It wasn’t out of the norm for Shea to create a place like Mommas House. She always let people come and stay at the family house in Massapequa, Trumpy said. “We had no spare room,” she said. “We always made space if someone needed it. That type of behavior extended not just to pregnant women she would meet, but any friend or family member who needed a place to stay.”

After a while, it became apparent that the women staying at her house needed more than just a place to stay, Shea said. “They needed a whole structure,” she said. “They needed assistance in overcoming the obstacles that were in their way in order to have this baby and raise this child themselves.” Mommas House has 13 full time employees and four part time. Historically, the organization had 50 to 100 volunteers but because of Covid, they haven’t been able to have volunteers for the past two years, Shea said. It is funded by private donations, government grants and charity events.

Erika Ventura, 41, was 20 when she spent time at Mommas House with her two children. “The work that she does is just amazing,” Ventura said of Shea. “She helps so many mothers get back on their feet, giving them the confidence that they need and the stability that they need to better the lives of their children and themselves.”

Ventura is now one of 12 house managers, with a salaried position that she started in 2011, after working for years as a volunteer. “I wanted to be more a part of the program, because I truly love what the mission is,” she said. “… When people really realize what we do, they’re so amazed.”

Even though women come to Shea at their most vulnerable, she has no shortage of good memories of many of them. She said that she loves attending college graduations of children who were born at Mommas House.

To Shea, this shows that the work she and others have done at Mommas House has helped change the direction of many families. She said she hoped the organization would be around for years to come, and that she would be able to add more permanent housing.

“There are a lot of problems in the world, but not everyone sees a problem and comes up with a solution themselves,” Trumpy said. “And that’s just what she did.”