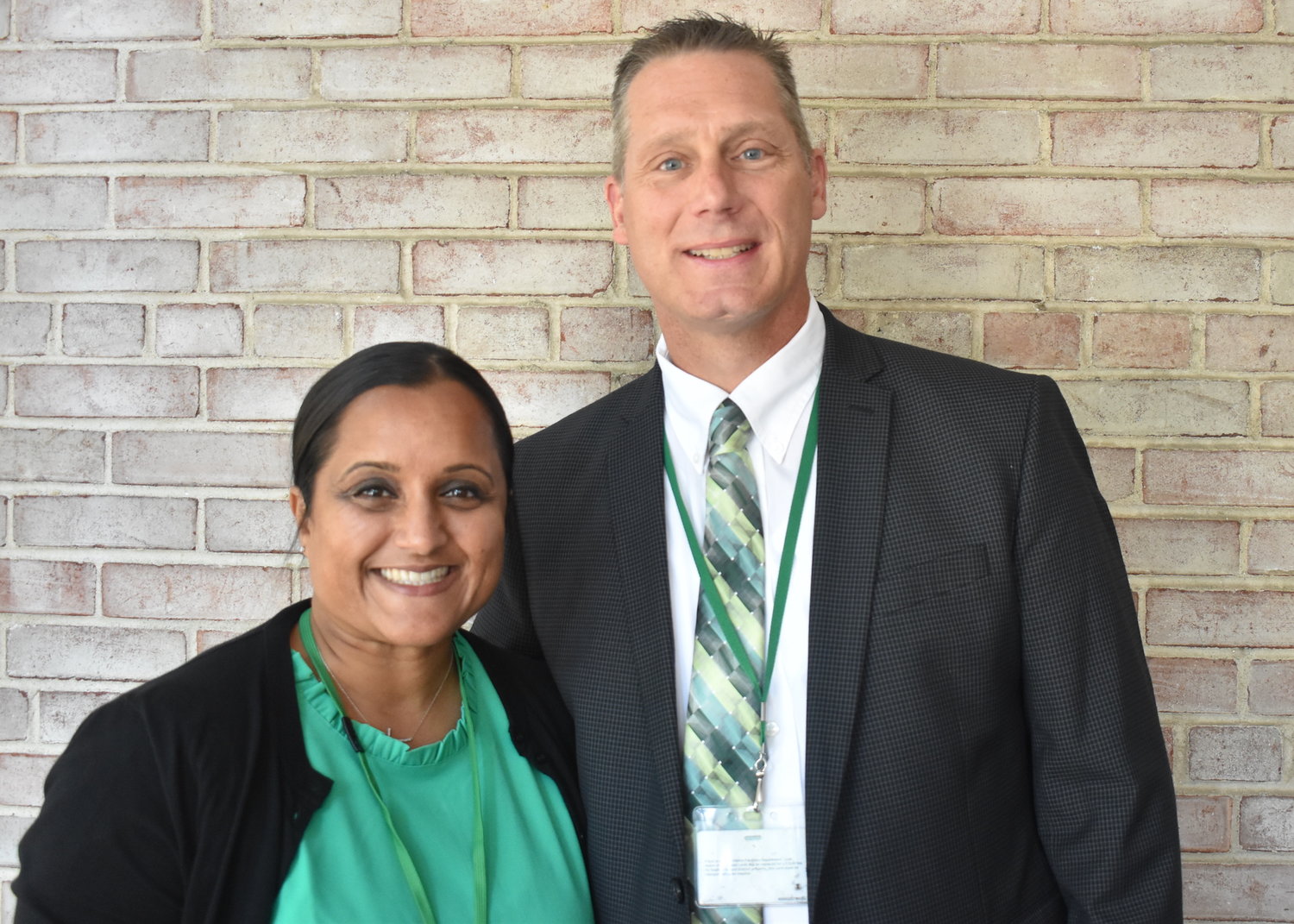 One of the reasons I chose Seaford was because of its warmth and its kindness.”
Sheena Jacob, Assistant Superintendent
By Michael Malaszczyk

Two administrators have been chosen to split the responsibilities held by Seaford School District Deputy Superintendent John Striffolino, who retired this spring.

Striffolino was the longest-serving administrator in the history of Seaford Public Schools, having worked there for 25 years. He served as principal at Manor Elementary School before being promoted to assistant superintendent for curriculum, instruction and personnel. In his final year, Striffolino was given the title of deputy superintendent.

Lynch, now in his fifth year in Seaford, previously served as  executive director for instructional technology and STEM (science, technology, engineering and math). Lynch praised Striffolino, and even referred to him as “Mr. Seaford.”

“I had the pleasure of working with John for four years before he retired,” Lynch said. “I learned a lot. I wish he would have stayed, because I still feel like I had lots to learn from him.”

Lynch has lived on Long Island for 40 years, but was born near Philadelphia and grew up in Seattle. He moved to Long Island when his father got a job promotion, and he attended Stony Brook University, studying physics and astronomy as well as technology systems management, for his bachelor’s and master’s degrees, respectively. Lynch worked as a teacher or administrator in school districts including Valley Stream, Northport, Roslyn and Oyster Bay before arriving in Seaford.

He said he discovered that he wanted to become an educator when he was in college.

“The astronomy department at Stony Brook needed a (teacher’s assistant) for one of their introductory classes,” he said. “I needed the money, so I agreed to do it. On the first day, I found my calling.”

He has a particularly profound love for Seaford, calling it a “throwback district” because it’s such a tight-knit community.

Under his leadership as STEM director, Seaford re-sequenced its secondary science program so all students could take living environment in eighth grade, Earth science in ninth grade and have access to chemistry in 10th grade and physics in 11th or 12th grade.

In addition, she attended St. John’s University and received a doctorate in education and instruction. She also played varsity and division one lacrosse in high school and college, respectively.

“I was always in organizations where you just give back to the community,” said Jacob, who added that, when in high school, she aspired to go into teaching. “And I wanted to make sure that I made a difference or impact, and an overall positive change.”

Jacob has served as both teacher and administrator in numerous districts, including Baldwin and Glen Cove, before coming to Seaford. In Glen Cove, she was the coordinator of social studies for four years and helped establish a K-12 civic education program that received a national excellence award this year.

“One of the reasons I chose Seaford was because of its warmth and its kindness,” Jacob said. “It was just so kind here and it felt like a home, like a comfortable environment. And that’s important for someone like me who’s coming in from another district.”

Jacob said she believes that “to elevate education, you want to make sure that you’re giving your whole heart to the community you’re working with,” a philosophy that, she said, works well in Seaford Schools.

Both Lynch and Jacob said they are looking forward to their new roles in the Seaford district.