‘Sinking’ properties are leaving residents in distress in Seaford 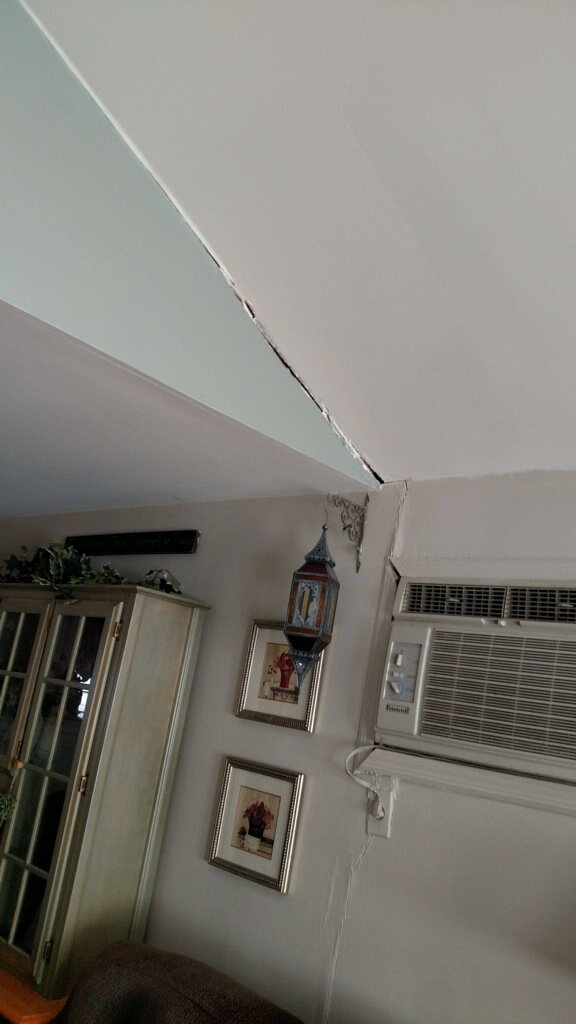 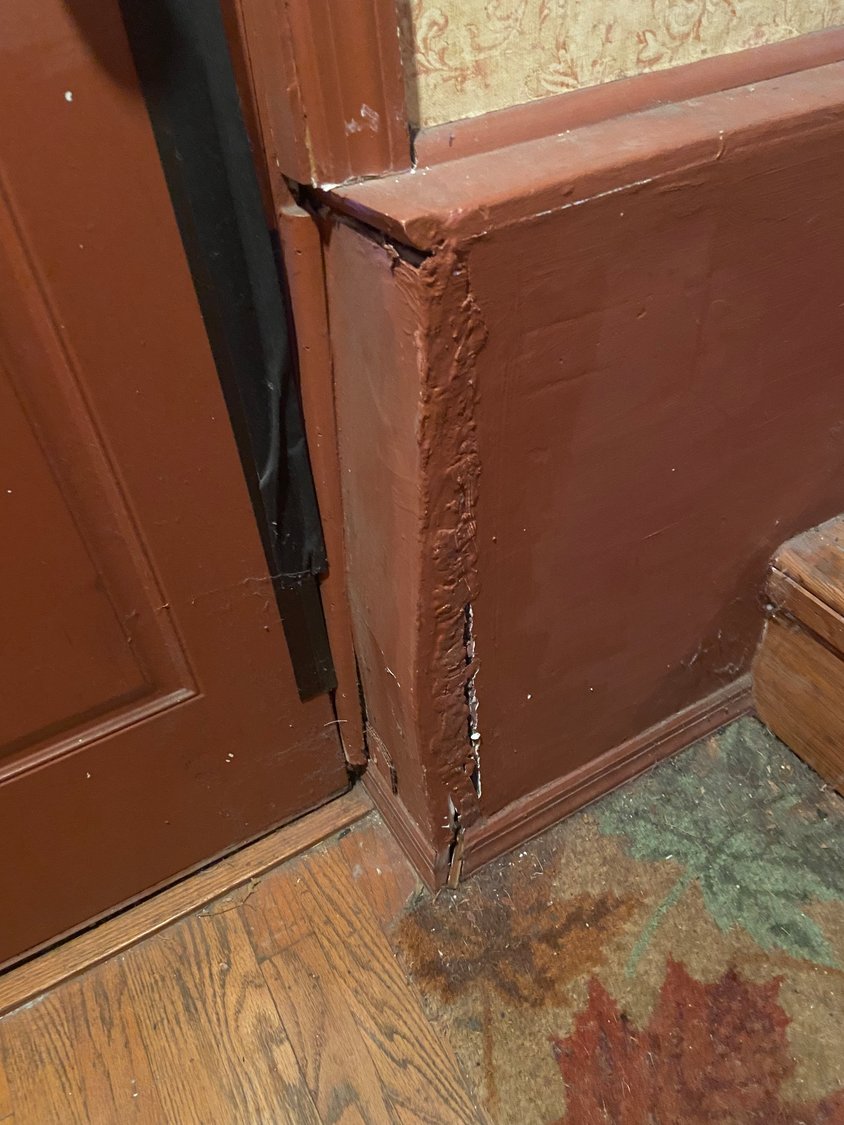 Doors are separating from the molding, above left.
Courtesy Janet Romero 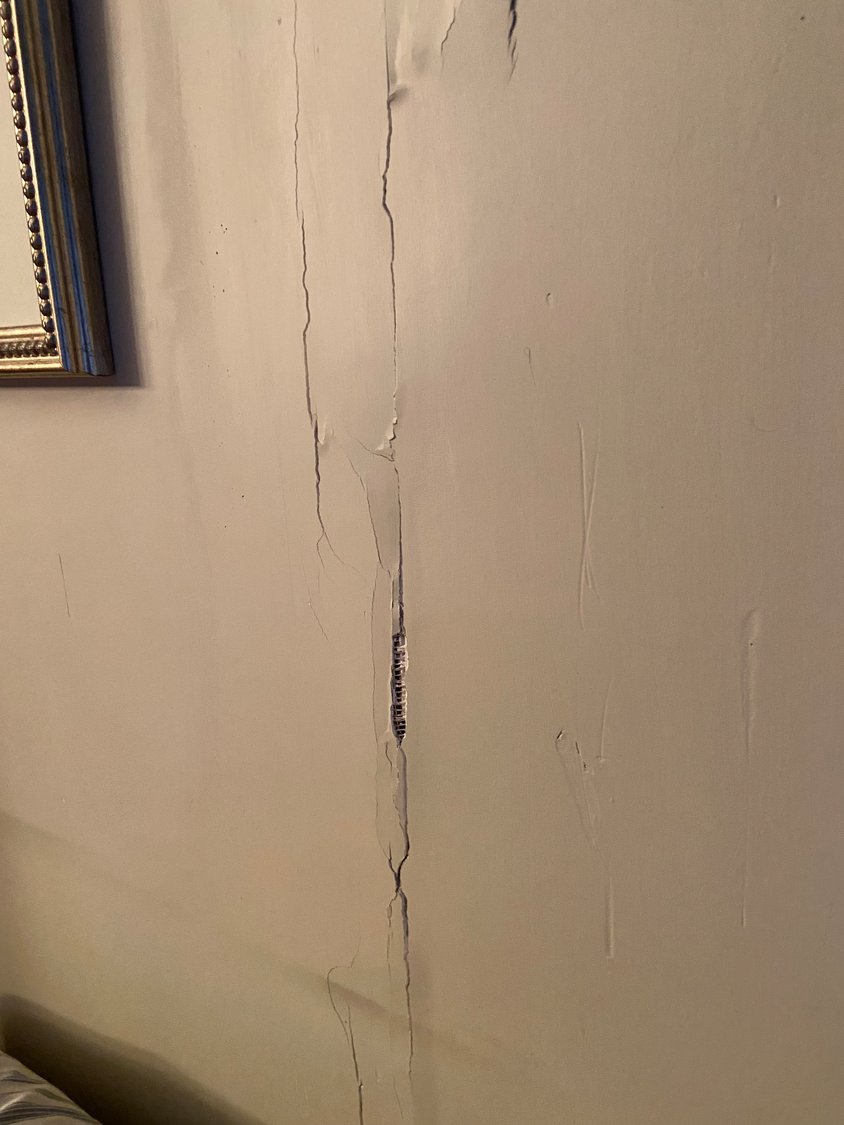 Walls in the home are cracking and ripping apart, above, which Romeo claims is due to the house’s poor structure.
Courtesy Janet Romero 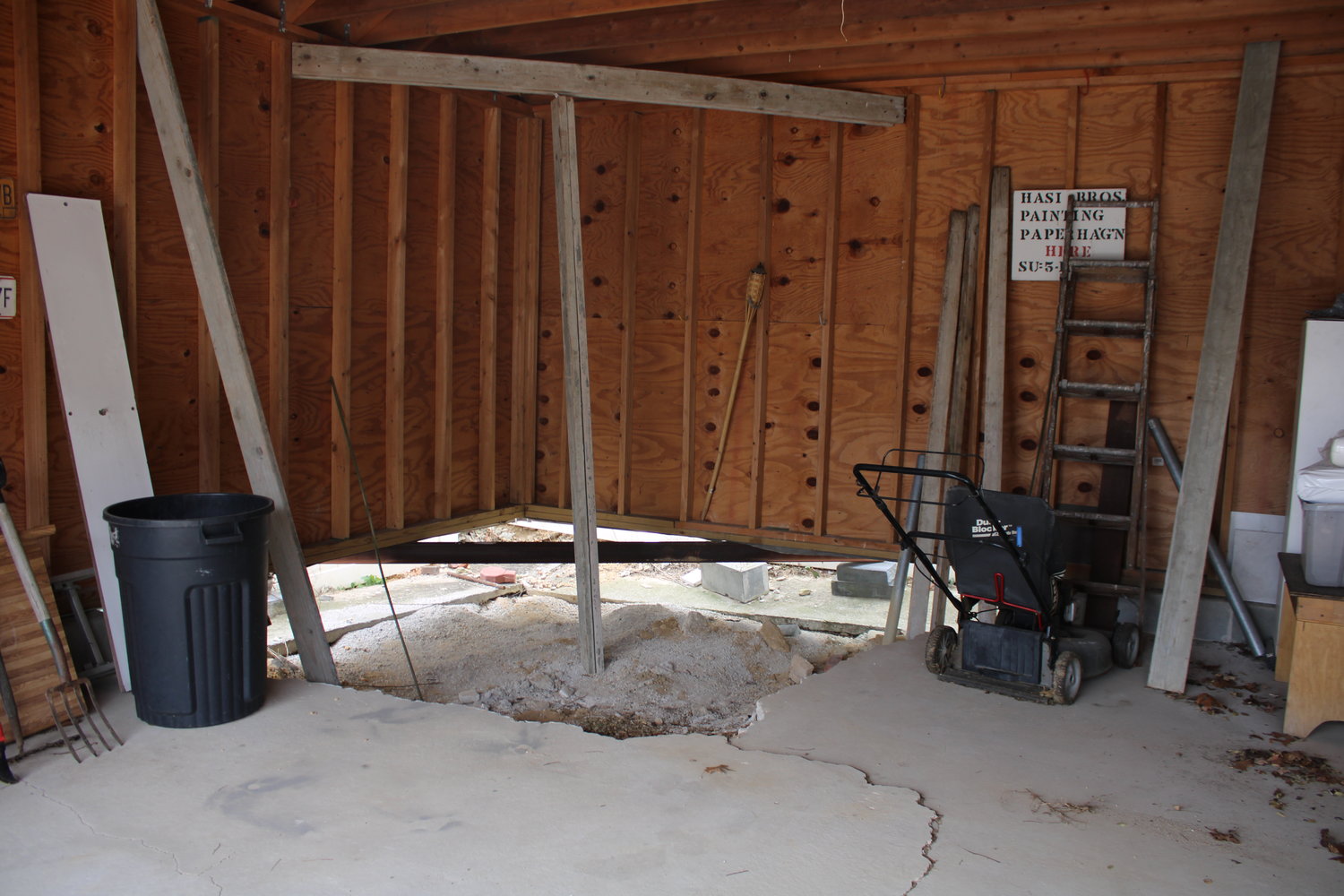 Seaford resident Elma Hasi has a gaping hole in the back corner of her sinking garage, which formed after a contractor attempted to fix it in 2018.
Kate Nalepinski/Herald
Previous Next
By Kate Nalepinski

Some Seaford residents are claiming that their homes, garages and sheds are sinking into the ground. Despite spending thousands of dollars on repairs, few have any idea what’s causing the damages.

Janet Romeo, who lives on Old Post Road, said she has spent at least $35,000 to repair and raise her home, which she purchased in 1986. She expects that total will only continue to rise, and she has taken out a second mortgage to pay all the bills.

Every five years, Romeo and her husband, Frank, pay an engineering company to keep their house from sinking farther into the ground. The company also installed helical piles to the base of the house for foundational support.

Romeo said her family first discovered cracks in the foundation of the home in 1997, when she wanted to put an extension on it. The cracks were hidden behind a storage area for garbage bins. She had the house inspected that year, and found that the basement had severe foundational damage. It was finished with knotty pine paneling, so the cracking had been disguised.

“These were pretty big cracks,” Romeo said. “We’re not just talking about cracks the size of a thread — they were substantial.”

She said she was advised by people at a home show to get a soil engineering company to sample the soil and uncover its composition. So she hired Seaford-based Soil Mechanics Drilling Corporation.

“It was sort of suggested that when they built the homes in our area, they just knocked down the trees … instead of carting them off,” Romeo recalled. “So as those trees disintegrate, it impacts the soil quality.”

But the damage goes beyond the foundation. There’s now a crack in the living room, where wall meets the ceiling. It’s become a safety issue: Some of the windows and doors in the home don’t shut properly, and the Romeos have lost air conditioning and heat due to gaping walls.

Romeo, whose two sons graduated from the Plainedge Union Free School District, said she is concerned that the damage will impact her ability to sell the house down the line. “How are we going to sell this house? Who would buy it?” she asked. “If they’re going to have a $60,000 bill to fix parts of the house, we’re not going to get the money we need [from the sale] to buy something else.”

The experience has been so intense, she said, that it prompted her to seek therapy. “I was so depressed about it. It’s caused me anguish,” she said. “I always say, what’s most important is that my kids are healthy and I’m healthy. But this is my home.”

South of Romeo’s house, several Seaford residents are having similar issues. Elma Hasi, 78, who has lived on Marilyn Drive since 1962, has been using bricks to prop up a corner of her garage to keep it from collapsing.

About 15 years ago, Hasi spent $18,500 to have a contractor build a new two-car garage in a back corner of her property. Now the structure is sinking into the ground, she said, along with part of her yard. There are cracks on the garage floor that have worsened over time.

“This is not only me,” Hasi said. “I went door to door going down my block, and discovered 12 people have a problem.”

In 2018, Hasi gave a contractor a $4,000 down payment to repair her garage. He ripped up a portion of the floor, but rejected the project after he claimed the soil was poor due to underground trees. “I think these guys, they just see an old lady and they take advantage,” she said. “There’s nobody I can trust.”

Both women have spoken with their insurance companies, and both companies defined the damages as acts of God, or accident resulting from natural causes. Damage from floods and earthquakes usually falls into this category.

Hasi has sought help from elected leaders. She wrote a letter to then U.S. Rep. Peter King, a Republican from Seaford. She has also spoken with the Town of Hempstead “over 10 times,” she said, and the town suggested she find an engineer. “I’ve been paying taxes for 60 years,” Hasi said. “I always said that someone [from the town] should’ve come and looked at it.”

Now she says she has “no choice” but to demolish the garage. “It’s very stressful,” she said. “I lost sleep over this. I’ve cried a lot.”

Gregory Blower, a spokesman for the Town of Hempstead, said on Monday that the town is not legally responsible for these kinds of issues. “While the town understands and sympathizes with our residents,” he said, “our engineering department has recommended that a private engineer be hired in order to inspect other possible geological or natural issues not relating to the town’s underground infrastructure.”