Voting on budget, trustees is Tuesday for Wantagh schools 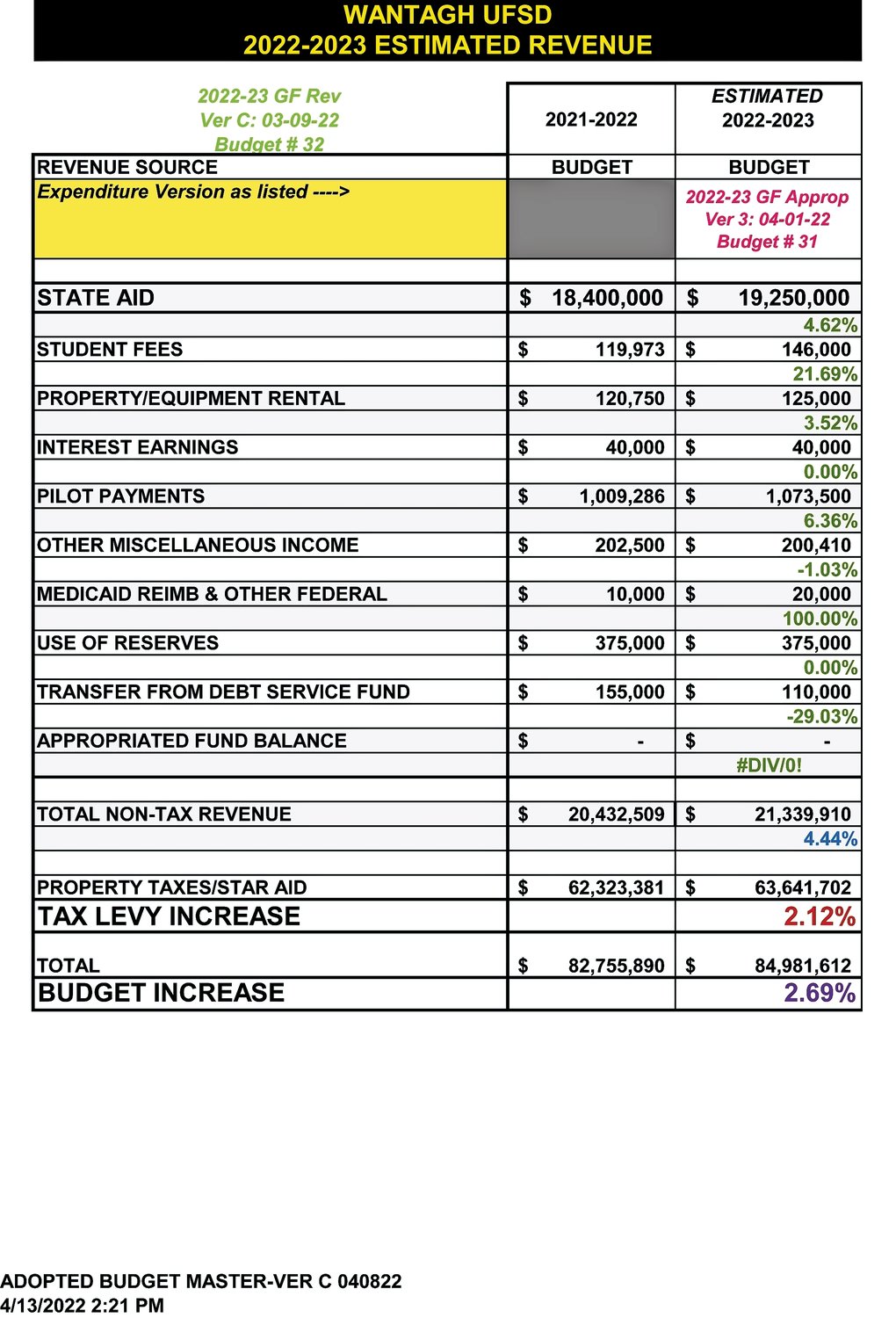 Wantagh School District residents have three propositions to vote on and five trustee candidates to choose from as eligible voters head to either Forest Lake, Mandalay or Wantagh elementary schools on May 17 from 7 a.m. to 9 p.m. to cast their ballots.

School district officials settled on a proposed budget of $84.981 million to operate its five schools that include a middle school and a high school. Officials said that the tentative spending plan is $2.225 million more and a nearly 2.7 percent increase than the current fiscal plan.

Looking at the tax levy – the amount of money school districts raise from property taxes to operate the district – it has risen by $1.318 million, a 2.12 percent uptick to $63.641 million. Officials noted that the “tax levy amount is within the tax cap.” The maximum allowable tax levy for the 2022-2023 budget is $63.644 million, school officials stated.

The district received a boost in state aid as it will receive $19.25 million, an increase of $850,000 from the current state aid package.

Wantagh officials noted on the website that reductions to what is the maximum tax levy amount “have a direct impact on proposed budgeted expenditures,” not counting any additional revenue such as state aid.

Five candidates are running for two Board of Education seats, including incumbent Trustee Laura Reich, who is currently the board’s vice president. The other candidates on the ballot are Dawn Conlon, Jessica Elmazi, Jennifer Perfetti and Jennifer Straus. In the at-large election, the two candidates with the highest vote totals will win three-year terms.

Also on the ballot is Proposition 2 that is requesting the public’s approval to spend $600,000 from the district’s capital reserve fund for the reconstruction of the Wantagh High School gymnasium, which includes replacing windows, restoring the flooring, removing the ceiling, painting, the installation of acoustic panels, adjustments to the heating, ventilation and air conditioning system and lighting. The fund was created in 2018.

For more information on the preliminary budget, go to wantaghschools.org.