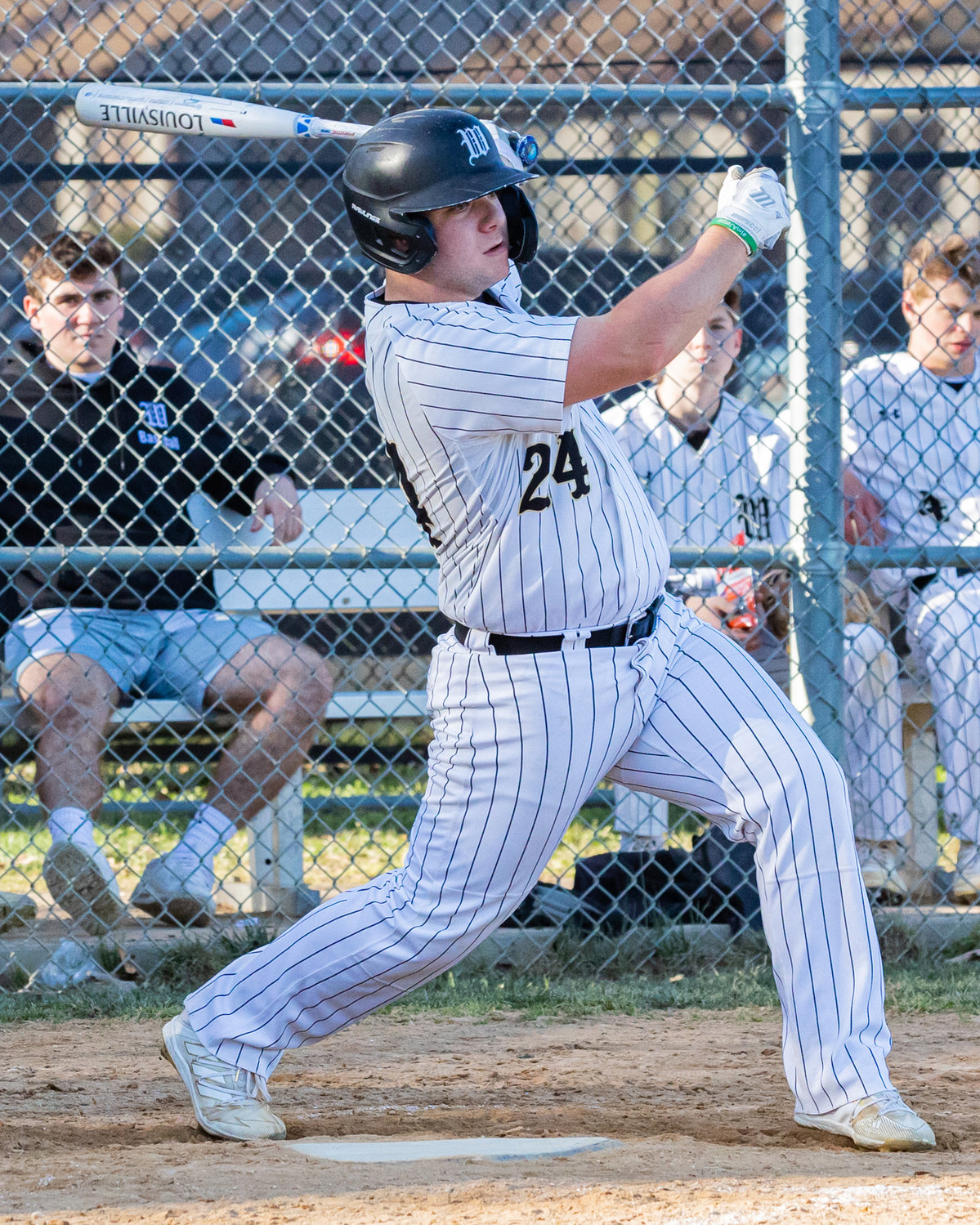 The Wantagh baseball team embarked on the program’s first annual spring break trip in three years providing an in-season bonding experience that longtime coach Keith Sachs hopes is the catalyst for a positive finish.
The Warriors’ Mid-Atlantic journey took them to the Philadelphia and Baltimore regions for scrimmages as well as attending some Major League Baseball games as fans. The experience came at just the right time with Wantagh at the bottom of a rigorous Conference A-IV schedule following some close defeats and in need of a lift.
“It was a very positive trip and a lot of fun for the players.” said Sachs, who was unable to organize the trip last year due to COVID-19 restrictions during a truncated season. “It was very important to bring this tradition back.”
The Warriors will have little margin for error the rest of the season if they want to make a push for the postseason, but boasts plenty of talent to stay in contention until the end.  Sophomore catcher AJ Bardi, who earned All-County honors as a freshman, is having another solid season at the plate with two home runs entering the week. Junior shortstop/pitcher Tim Hennig also garnered All-County accolades last year
Third baseman/pitcher Andrew Bonanno and outfielder Chris Petrillo provide senior leadership both on and off the field. Bonanno, an All-Conference player as a junior, has served as the Warriors’ No. 1 or 2 pitcher while also being one of the team’s leading hitters. Petrillo is hitting over .400 after batting .319 last spring.


Bonanno and Bardi both hit home runs in Wantagh’s season–opening 6-6 tie with neighborhood rival Seaford on March 29. The  game, which was called early due to darkness, epitomized Wantah’s hard-luck spring with the Warriors loading the bases in the bottom-of-the seventh with no outs before grounding into a double play.
The Warriors also dropped a 5-4 heartbreaker on April 4 on a walk-off hit. A day later the team incurred another one-run loss with Mineola getting out of a bases-loaded jam in the seventh to preserve a 4-3 win.
Sachs noted that Wantagh is faced with a tougher task than usual to keep its long standing playoff streak since 1995 intact this season competing in a grueling league where every game is against a county title contender.
“The league is unforgiving,” said Sachs, who guided Wantagh to state championships in 1998 and 2016 as well as a Long Island title in 2010. “If we were in any other league we would have eight or nine wins.”
After a three-game series with Plainedge this week, Wantagh concludes the regular season with games against Island Trees and North Shore. A rescheduled game is also set for May 6 at Clarke.
To reach the playoffs, Wantagh will need to finish in the top four in the league or earn a wildcard round game for the fifth spot.
“If we get in the playoffs we can beat anybody.” Sachs said. “I certainly wouldn’t want to play us.”