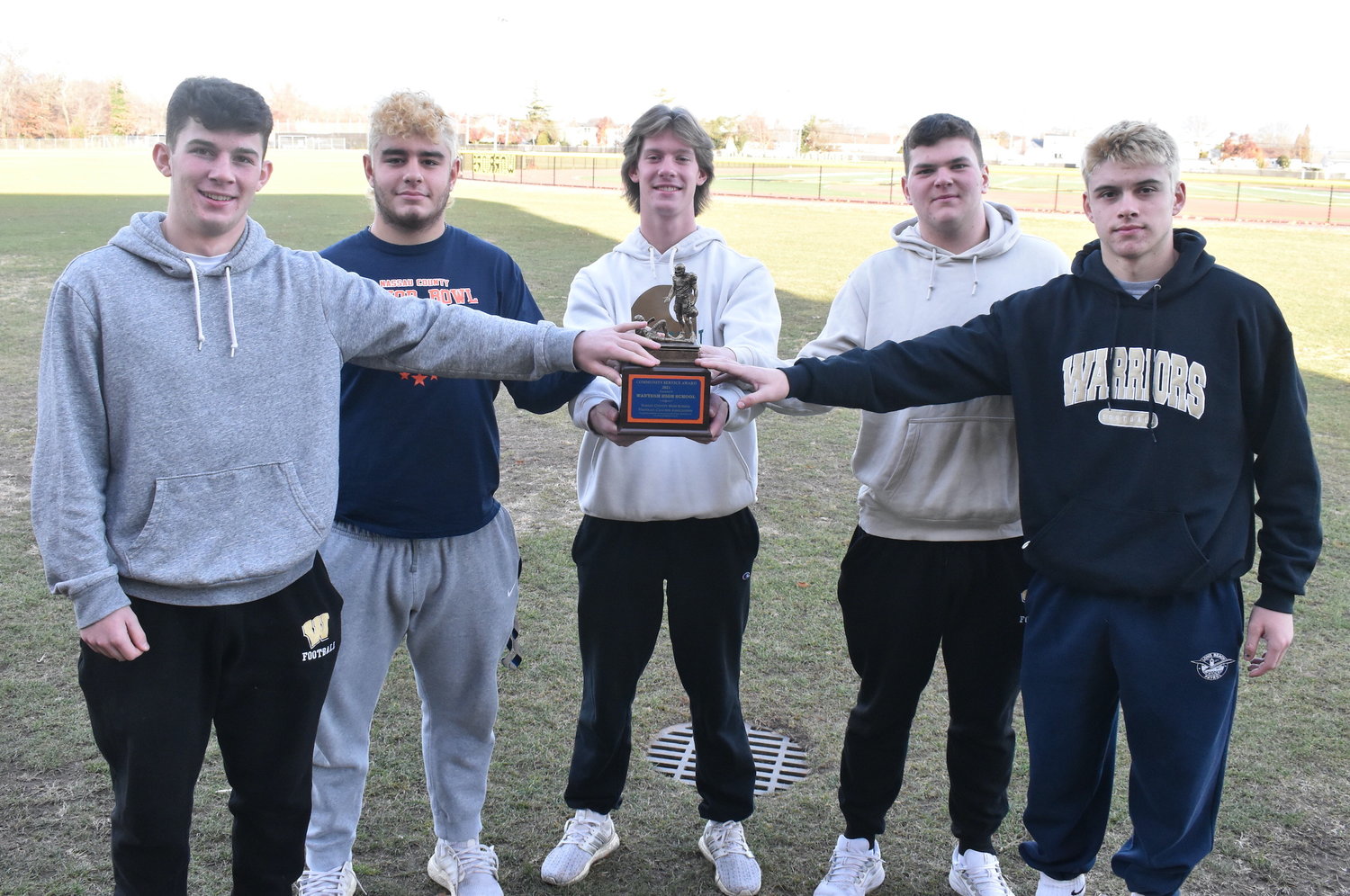 The Wantagh High School football team continues to shine on an off the field. Not only did the team advance to the conference semifinals in the fall 2021 season, the players were also recognized for their community service work with two awards.

The Warriors were presented with the Community Service Award at the Nassau County football dinner following the season. Coach Keith Sachs said that the award, given by the Nassau County High School Football Coaches Association, was in recognition of the team’s longstanding partnership with John Theissen Children’s Foundation in Wantagh.

Every October, members of the varsity football team volunteer their time at the foundation’s annual Freaky 5K race in the community. This year, players got to work several hours before the race began by marking the course and setting up refreshment stations along the route. During the 5K, they handed out water and candy to the runners and gathered at the end to cheer participants as they crossed the finish line.

Drew Palladino noted that the Wantagh community is extremely supportive of the football team throughout the season, filling the stands and cheering on the Warriors. The players volunteer their time at the Freaky 5K to express their gratitude, he said in a press release.

“It’s the least we can do to give back after all they’ve done for us,” Nick Aldino said in a press release. “I like the feeling of helping people out.”

In a press release, Luke Janosko said the event has such as positive vibe and it was great to see so many people from the community come out for a good cause. Mark Maniet added that children like seeing the football players at the race, so their presence sets a good example about the value of community service.

Most recently, the football team was named the recipient of the Community Service Award from the Nassau County Chapter of the New York State Athletic Administrators Association. The team will be recognized at a luncheon on June 10 at Westbury Manor.