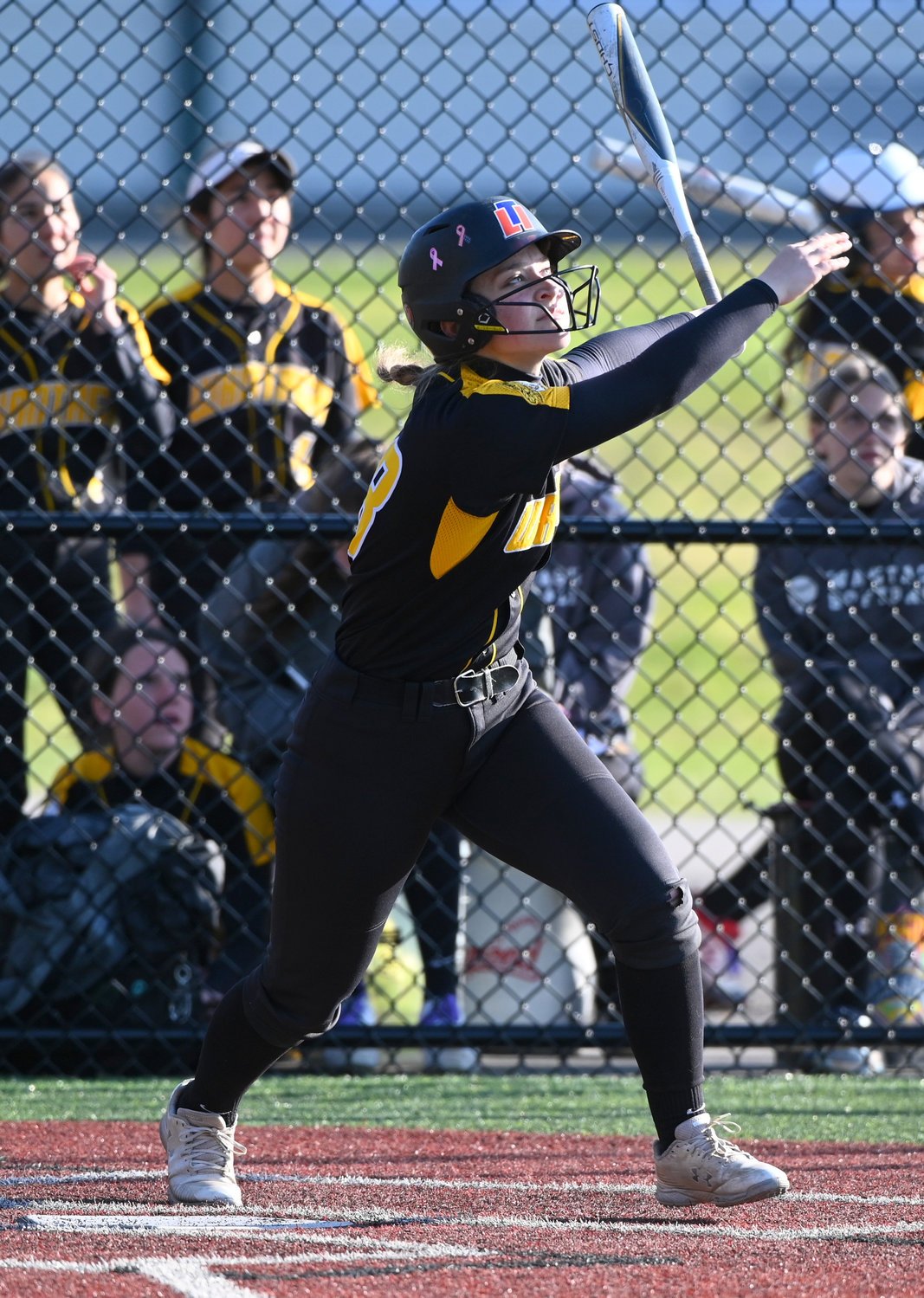 With stepped up competition this season in a new league, Wantagh softball coach Christine Moran was initially eyeing the team staging around the .500 mark, but those goals have since shifted.
Wantagh, which moved up to Conference III from Conference VI, entered the week at 7-3 in a challenging league featuring some of the top programs in Nassau County.
“We’re exceeding our expectations so far,” said Moran, whose team is 9-3 overall. “They are jelling nicely.”
Shining against tough competition will prepare the Warriors to face the top Class A teams in the playoffs later this month. Wantagh went unbeaten in the regular season last year before falling to Long Beach, 10-5, in the first round of the postseason.
Junior catcher Angelina Bendetti has ignited the Wantagh offense with five home runs. She went 3-for-5 with a double, triple and home run in Wantagh’s 15-4 win at New Hyde Park on April 21. She also went 2-for-4 with a triple and two RBIs in an 8-7 victory at Herricks on April 27.


Junior center fielder Brigid Hood has also had a big year at the plate with three home runs. She registered three RBIs in the Warriors’ 13-7 victory against Class AA foe Farmingdale on April 9 and two hits in a 12-0 victory at Valley Stream North on April 29.
Sophomore shortstop Casey Kissinger has also hit three home runs while also patrolling the middle infield. She delivered four hits including two doubles in the New Hyde Park win.
Kissinger, Hood and Bendetti have provided leadership as tri-captains to a young team composed of largely underclassmen.
“They know the system and buy into what we are trying to accomplish and pass that onto the younger players,” Moran said of her captains. “They have been great team leaders.”
Freshman Mackenzie Hayes leads the pitching staff with eight wins and is making strides after first taking the mound on varsity as an eighth grader last spring. Senior Makayla Priest and Kissinger are also arms Moran can turn to in the pitcher’s circle.
A 3-0 loss to Island Trees on Friday snapped Wantagh’s five-game winning streak in which it outscored opponents 51-18. The Warriors also fell to Island Trees 8-4 on April 7 and first place Bethpage, 6-1, on April 13 to account for the team’s three setbacks in one of the more challenging softball conferences on Long Island.
After hosting Bethpage, Wantagh closes the regular season Saturday at Valley Stream North and at home Wednesday against New Hyde Park at 5 p.m. Moran said the team embraces tackling a challenging schedule that will hopefully help grow them into a playoff contender in May.
“We are in the mix with the big girl teams,” said Moran, who was a former standout college softball player as a second baseman at Hofstra.  “I knew this team would be very good next year but to be this strong this early shows the buy-in of these players.”