Wantagh is finding its footing 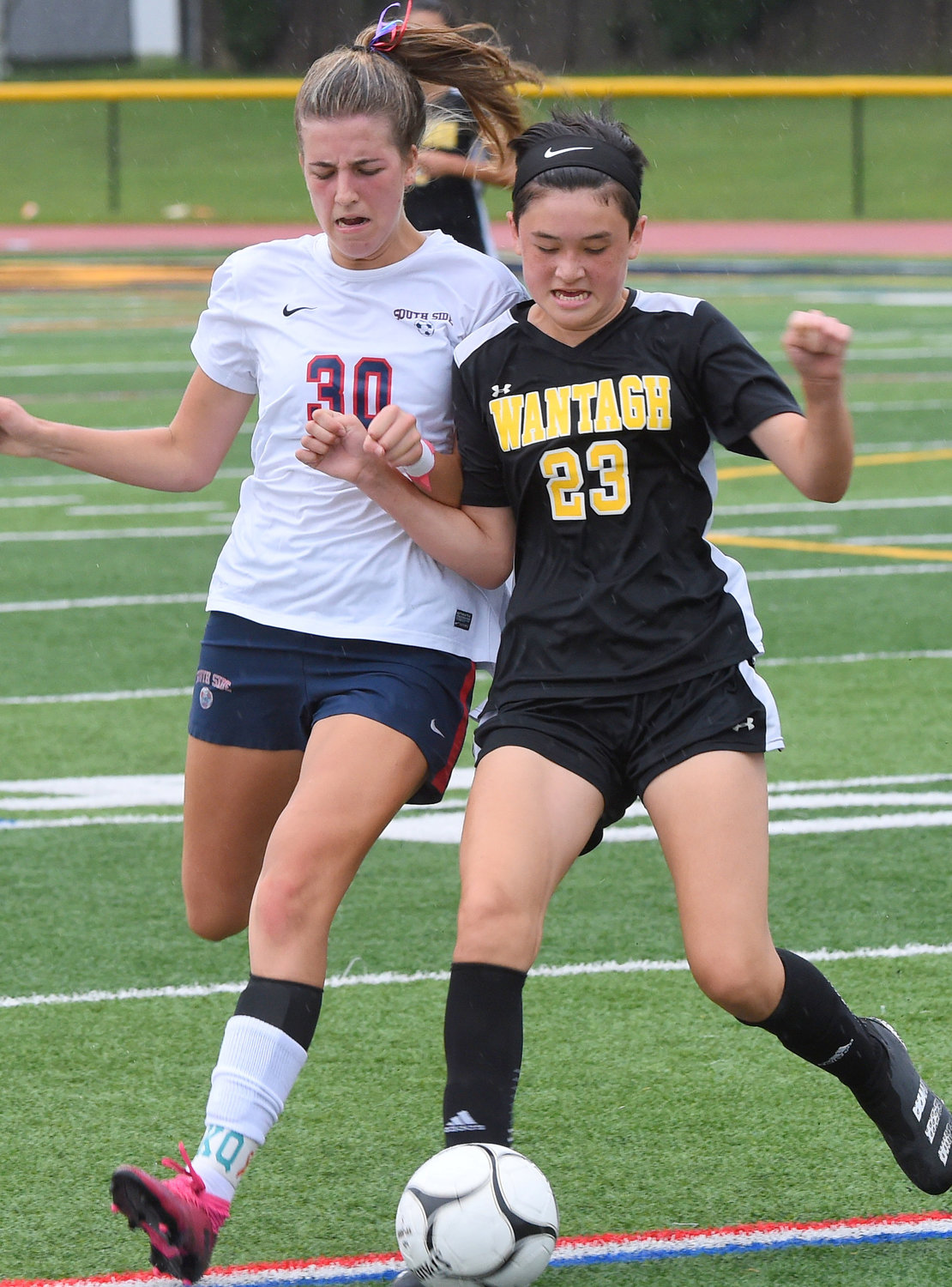 Five months removed from a delayed 2020 injury-plagued season, Wantagh girls’ soccer is eyeing a rebound fall campaign where the team peaks when it matters most.

The Warriors finished 2-8 during the spring schedule while navigating a thinner roster than normal stemming from injuries and the COVID-19 pandemic. With much of the Covid restrictions from the spring now lifted, 11th-year coach James Polo is hoping a return to team-building activities like pasta dinners produces improved chemistry that ultimately permeates to the scoreboard.

“Now they are allowed to do their pasta parties again and get-togethers and the kids look forward to that stuff,” Polo said. “It helps to build the team bond and I think that was the biggest thing we were missing last year.”

Wantagh returns experience on the offensive side of the field in senior forward/midfielder Madison Taylor, who earned All-County honors as a junior. The athletic Taylor is an elite lacrosse player who garnered All-American honors in the spring and will compete on the collegiate level at Northwestern next year.

Complementing Taylor near the net are junior Matiana Valdez and Madison Alaimo, who both received All-Class honors in the spring.  The duo and Taylor netted a goal apiece in Wantagh’s 3-3 tie at Manhasset on Saturday.

On defense, Wantagh brings back seniors Ashley Argento and Elaina Buscemi. Sophomore Isabella Teresky and senior Angela Camarano are taking on increased roles in the backline this season.

Sophomore goalie Isabella Astazia brings experience in net after starting as a freshman and receiving All-Conference accolades. She recorded 12 saves in the tie against Manhasset.

“She came in last season and did a great job in goal and this season we are looking for the same,” said Polo of Astazia. “She had to miss a little bit of time and is just getting back into the swing of things now.”

The tie with Manhasset moved Wantagh to 0-2-1 on the young season as the team looks to find their footing early on while tackling a grueling schedule. Wantagh is next in action Thursday hosting a non-league game against Kellenberg at 7 p.m. before traveling down to road for a Conference A1 showdown at MacArthur Saturday at 10 a.m. and returning home to face league newcomer Plainedge next Tuesday.

The Warriors will battle defending county champion South Side on Sept. 30 in Rockville Centre to close the month.

With a playoff spot guaranteed in Nassau County’s top Class A league, Polo is looking for improvements throughout the season that culminate heading into postseason play in late October.

“Our game plan is always to be a better team at the end of the season than we are at the beginning of the season,” said Polo, who led Wantagh to a conference title in 2019. “I have been part of this program for 12 years and I know what we have to do to get there and it is just a matter of the girls buying into it and putting in the work.”