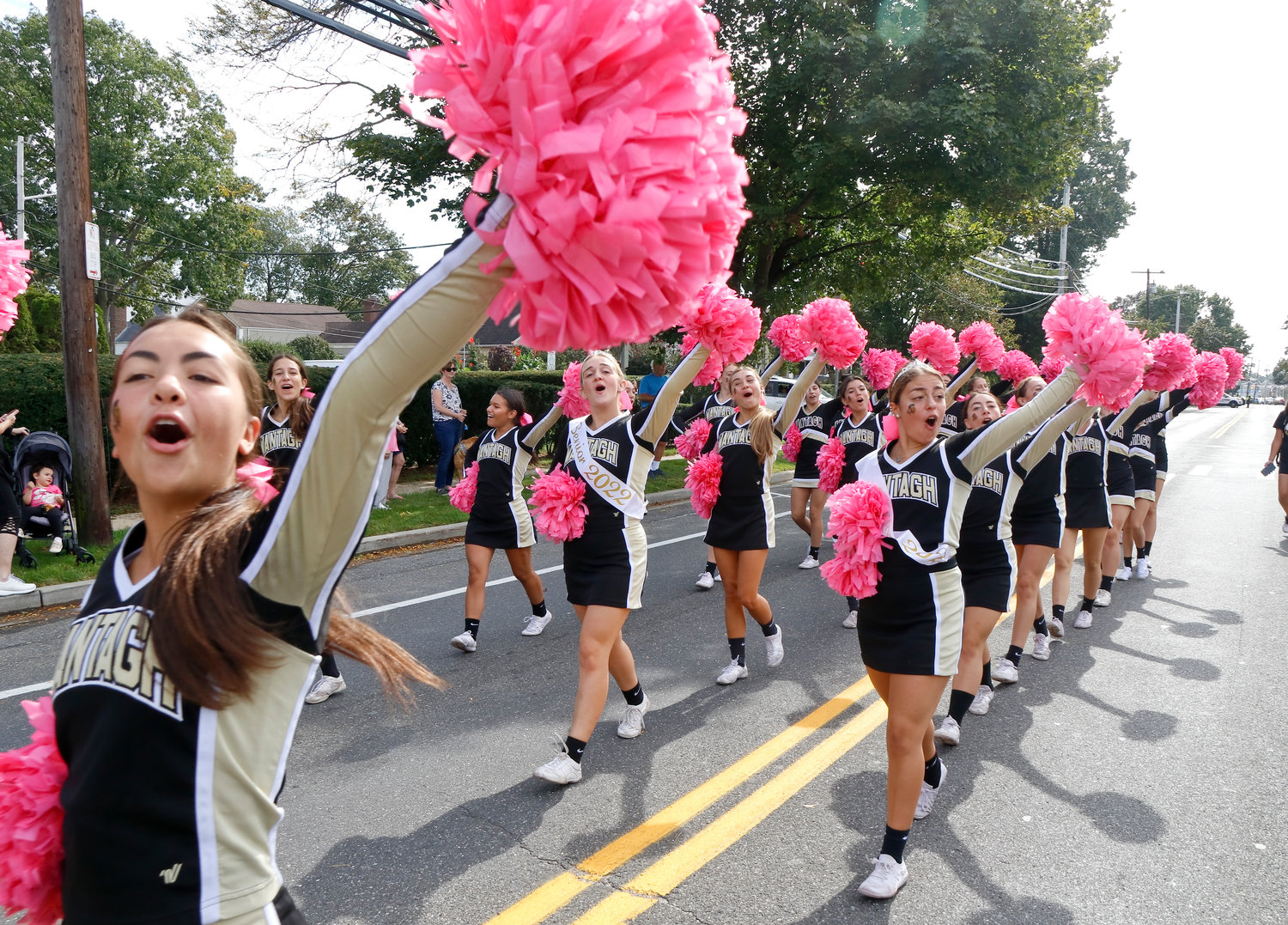 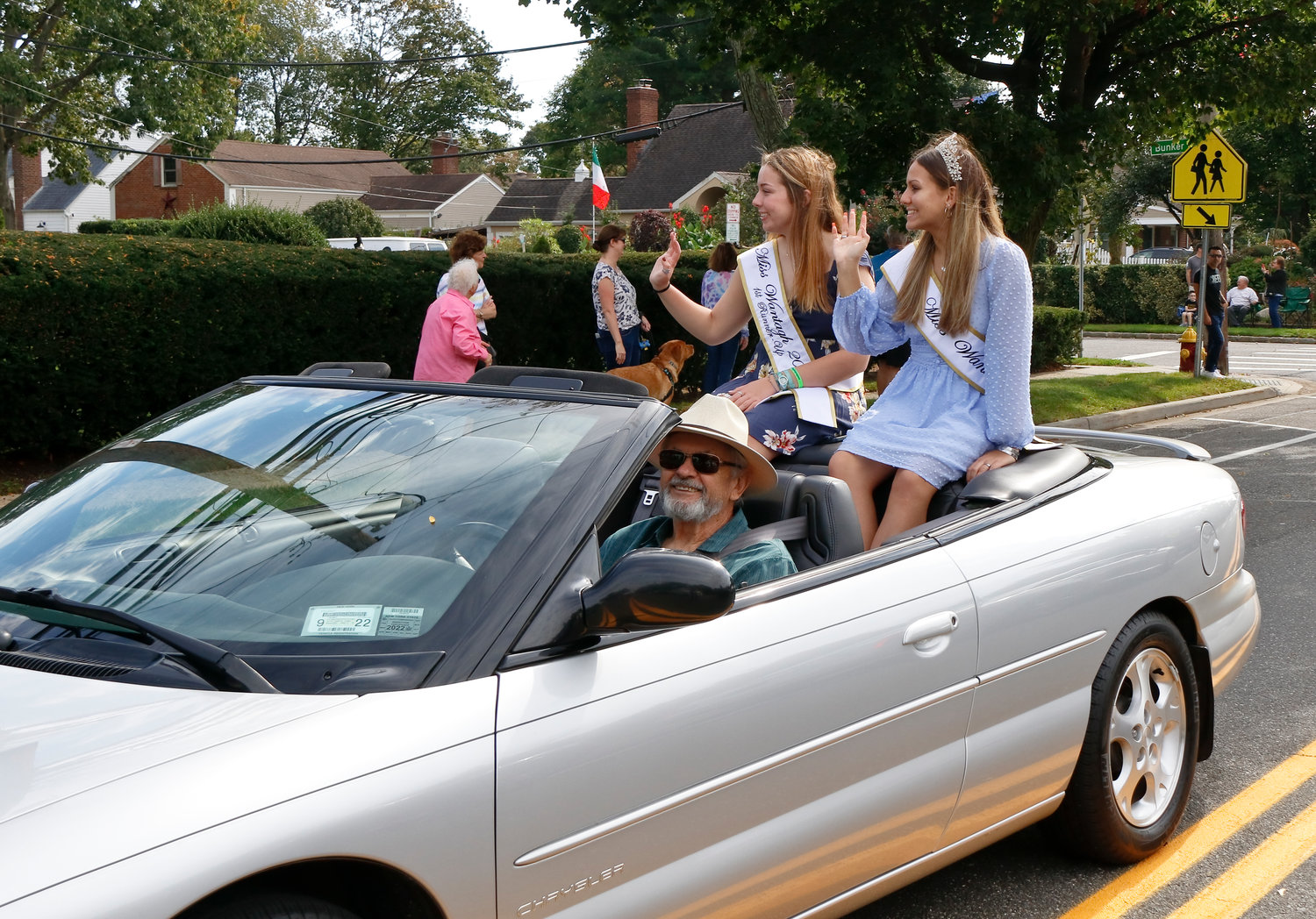 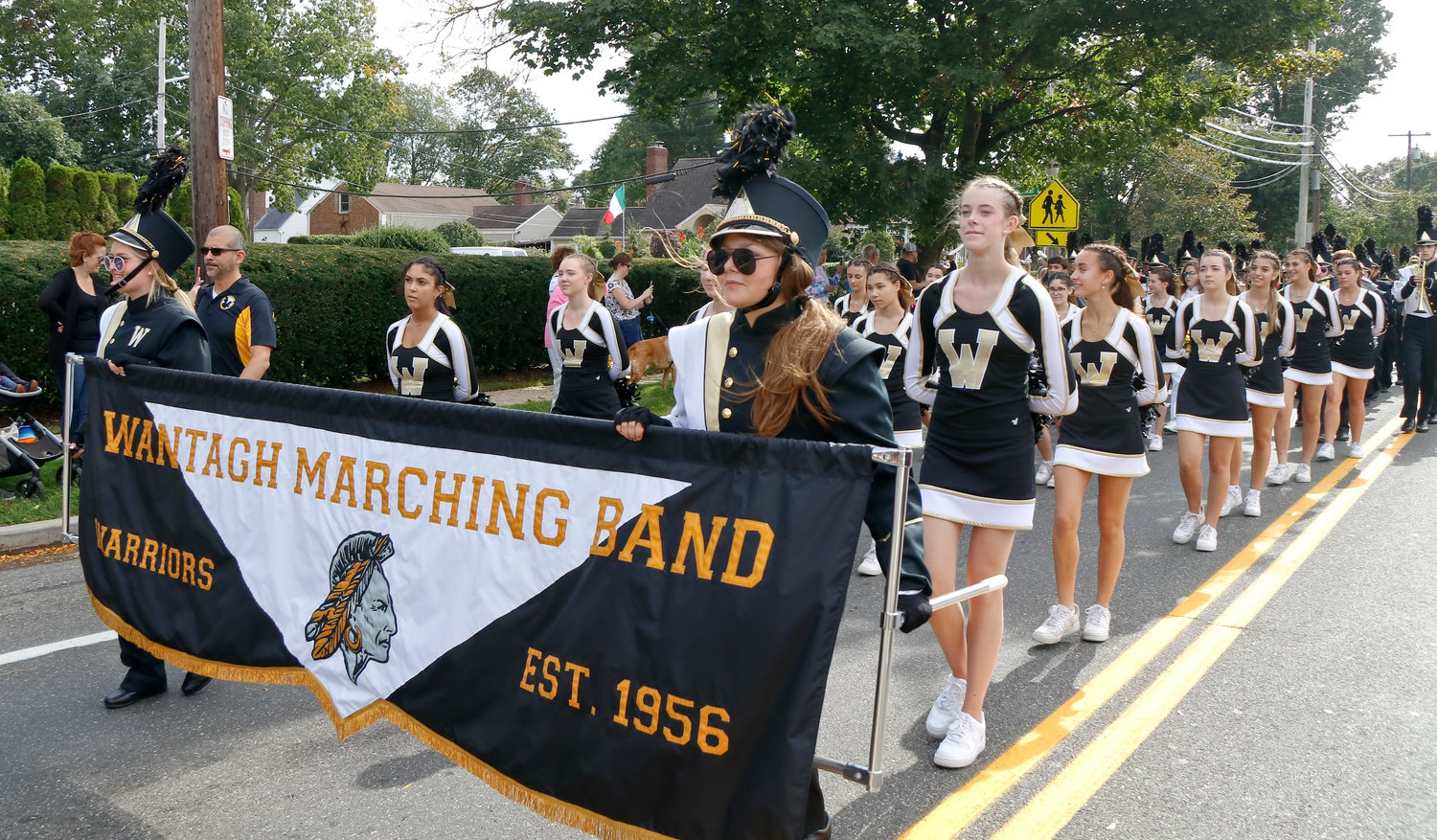 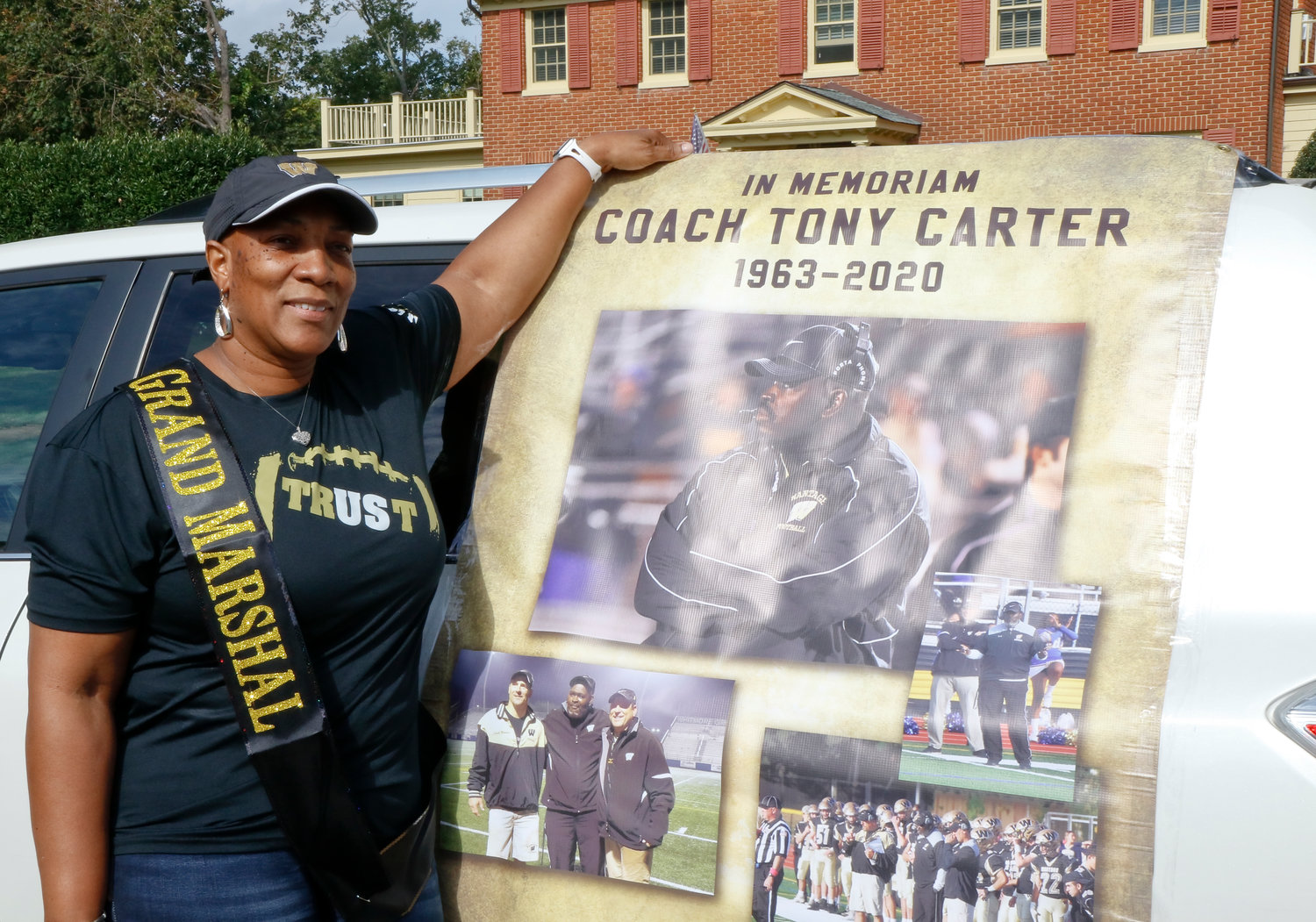 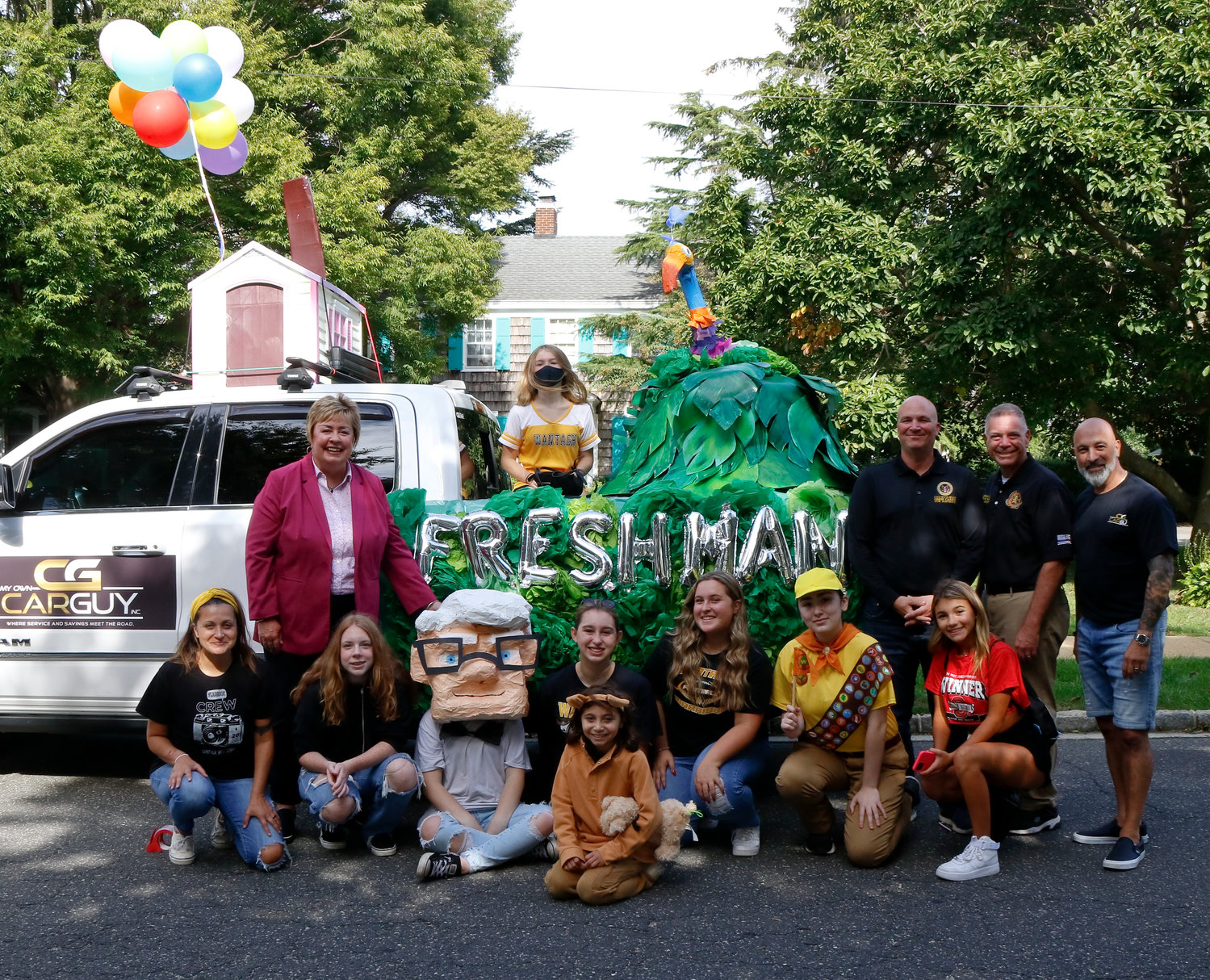 Wantagh’s freshman class chose the Disney/Pixar flick “Up” for the theme of their float. Student Enjoli Gatterdan played the part of Carl Fredricksen with a giant head that was crafted.
Christina Daly
Previous Next
By Kate Nalepinski

The Wantagh School District community showed its school spirit at the homecoming parade and festivities on Saturday morning.

The rain held out in Wantagh on Oct. 16 as cheerleaders, the marching band, the dance team, the homecoming Court, youth sports teams, administrators and Board of Education members paraded down Bunker Avenue and north onto Wantagh Avenue and toward the high school for the game against Manhasset High School for the 2 p.m. game.

The theme for the parade this year was Disney, so each student-built float was inspired by a Disney or Disney/Pixar film. The energy surrounding homecoming had built-up for some students, who celebrated spirit week throughout the week leading up to the parade. Elected officials also attended the community event.

The Warriors defeated the Manhasset Indians 41-19.

The Wantagh Marching Band was led by Brianna Grecky, left and Kiersten Oberheim, both juniors at Wantagh High School.