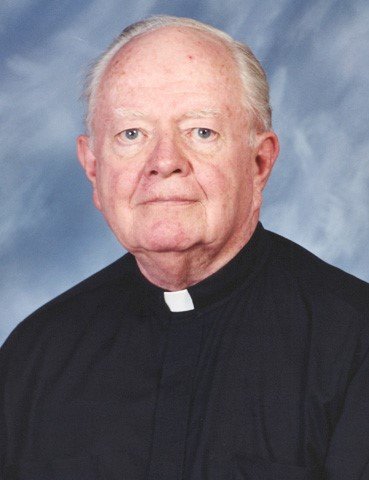 The rev. John Wymes, who called Our Lady of Lourdes Roman Catholic Parish in Malverne home for 20 years, died on Aug. 19, at 94.
Courtesy Maryknoll Society 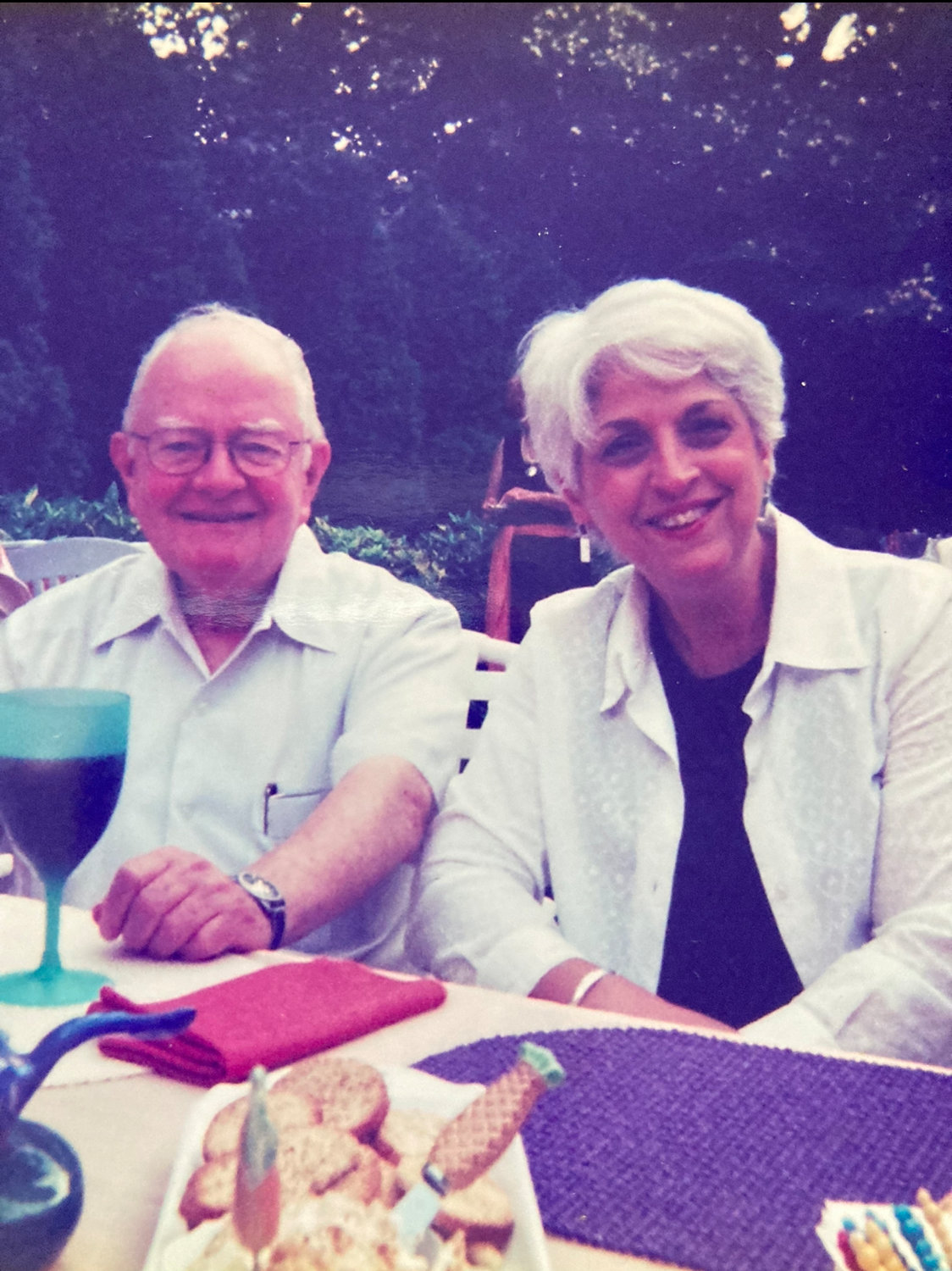 Parishioner Ann Seccia remembered Wymes as a fun and personable man of faith, and welcomed him into her home while he recovered from surgery.
Courtesy Ann Seccia
Previous Next
By Kyle Chin

The Rev. John F. Wymes, a Catholic priest who was deeply involved in West Hempstead and Malverne during his lengthy career as clergyman, died on Aug. 19. He was 94.

The Maryknoll Society, a missionary group in which Wymes served as a priest for 68 years and spent his final years in its assisted living unit, announced his death.

Wymes was born on Sept. 15, 1927, in New York City, the son of Thomas Francis and Elizabeth Wymes. Growing up with two sisters and a brother, Wymes was never far from a church even in his earliest years, attending St. Peter and Paul Parochial School and Cardinal Hayes High School in the Bronx.

At 17, Wymes enrolled at Maryknoll Apostolic College in Clarks Summit, Pennsylvania, and earned a degree in philosophy at Maryknoll Seminary in 1953. All before being ordained a priest on June 12, 1954.

As a Maryknoll priest, Wymes embarked on missionary work in Africa during a period of great transition for the continent, as post-war decolonization saw the rise of many new, independent states.

Wymes was assigned to a Maryknoll mission house in Musoma, an East African city on the shores of Lake Victoria in  Tanzania, which was then called Tanganyika. There Wymes learned the languages of three different tribes he worked with. In addition, he took up Swahili, which the government of Tanganyika and other East Africa nations promoted as a unifying language for the many tribes within their borders.

Wymes spent the 30 years following his ordination in 1954 travelling back and forth between the United States and Africa.

“When I arrived in Africa, I figured, this is where I’m going to be forever,” Wymes had said of his time across the Atlantic.

Wymes also worked at a Maryknoll language school in Musoma, and as treasurer of the local dioceses. He was later assigned to Kenya, serving as headmaster of Isibania Secondary School and later chaplain of Kenyatta National Hospital in the capital city of Nairobi.

During his time on furlough in the United States, Wymes studied psychology and clinical studies at Andover Newton Theological School in Newton, Massachusetts, and earned a doctor in ministry degree, among other achievements.

In 1984, Wymes was assigned to Maryknoll’s development department in the United States and in 1987, he became administrator of the now defunct Maryknoll Development House in West Hempstead.

After officially becoming a Maryknoll retiree, Wymes called Malverne home from 1997 to 2013, residing at Our Lady of Lourdes Parish, where he assisted in the celebration of mass.

During his time at Our Lady of Lourdes, Wymes underwent heart bypass surgery, which restricted his ability to reach the third floor accommodations at the rectory. Parishioners Ann and Thomas Seccia opened up their home to Wymes, and he stayed with them for several months during his recovery.

“We would have dinner parties with my mother on Sundays,” Anne Seccia said. “My daughter and grandson were there, and my grandson starts to think that he was his grandfather.”

Seccia remembered Wymes as a deeply spiritual man with a healthy mischievous streak.

“He was a lot of fun,” she said. “My husband used to make wine. We had a big wine party in the backyard every year, and father would come and bless the grapes. He enjoyed partying. He was a very generous man. He was very well liked by everybody.”

Wymes told Seccia and others stories of his years doing missionary work.

“He would tell stories about different people there, different things that he did,” Seccia said.

“He talked about trips through the jungle in the middle of the night, when he had to go somewhere on a jeep.”

In 2013, Wymes moved to Maryknoll’s assisted living facility at its headquarters in upstate Ossining, where Seccia and several other parishioners visited him recently.

“We went up to see him two or three weeks before he passed,” Seccia said. “We were having lunch in a private room, and he kept stopping and saying, ‘Well, I’m going to be going soon.’ I said, ‘Well, where (are) you going?’ He had a big smile on his face, and he pointed up, and he said, ‘I’m going upstairs.’”

Henrietta Dobin, known as 'The Energizer Bunny,' dies at age 111