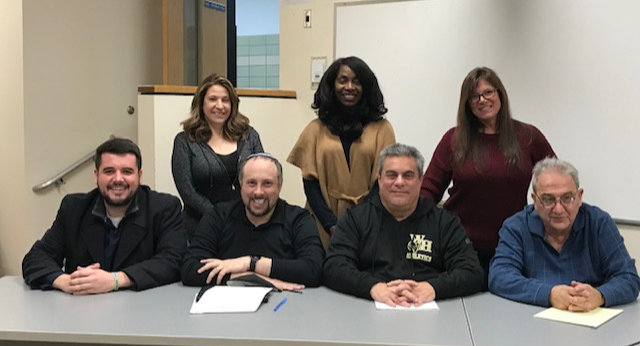 The West Hempstead school board is proud of its fiscally responsible budget, which allows for new programs while remaining below the tax cap.
Courtesy West Hempstead School District

Malverne’s 2022 budget of $64.4 is almost 4 percent larger than the current spending plan, but the funds will allow for new language and coding programs.
Courtesy West Hempstead School District
Previous Next
By Jake Pellegrino

In just under two weeks, Malverne and West Hempstead residents will head to the polls to vote on their school districts’ budgets.

Malverne is proposing a budget of $64.4 million, an increase of $2.45 million, or 3.96 percent, over the current spending plan.

“We went through our normal process,” said Christopher Caputo, the district’s assistant superintendant for business.

“We started in the late fall, where we worked with the school buildings and Board of Education members in developing the needs for the upcoming school year. We then waited to get information from New York state in regard to state aid and the tax levy, and in April the board adopted it.”

In addition to the funds necessary for the general operation of the district, the additional funds will be used for the implementation of a global language program at the elementary school level and the expansion of the district’s coding program.

Caputo said that the district was able to manage this mainly thanks to an increase in state aid of just under $2.2 million that it received this school year.

“That allowed us to lessen the burden for this upcoming year,” Caputo said.

Additionally, voters will vote on a proposition totaling just under $2.6 million for the implementation of capital improvements to district facilities, as well as new programs.

“Our windows at the high school have some leaks, so when it rains, it’s a safety concern for us, so we want to eliminate that by getting new windows,” Caputo said. “At Maurice W. Downing, the windows are original to the building, so there’s been much wear and tear, so we’re also looking to replace some of those. At the high school, the track in some areas need to be re-patched and replaced, and it’s getting to the point where it’s deteriorating and is a safety concern and is due for a replacement. We’re also looking to purchase two new buses — one is from 1988 and has reached the end of its useful life.”

“Continually, we craft what we find to be a fiscally responsible budget while remaining within the tax cap and affording our children the best opportunities available to them,” said Karen Brohm, West Hempstead’s school board president. “We managed to maintain programs, not cut anything and account for all the increases that have come our way.”

She said that the rise is mainly due to increases in expenses.

“Seventy-five percent of our budget is spent on three items: insurance premiums, transportation and retirement plans, which all went up,” Brohm said.

“Add to those increases, the cost of salaries and increases in traditional cost-of-living expenses necessary to operate a school district, like electric, gas and other things that go up every year. Even things like paper — you go to Staples to buy a ream of paper — it costs a lot more than two years ago.”

Additionally, some of the key items the money will used for include the hiring of a full-time custodian at Chestnut Street School, new math and science programs, social-emotional learning programs, the continuation of the seal of civic readiness program and a flag football team sponsored by the New York Jets.

“Every year we come up with new and exciting things to do in our buildings,” Brohm said.

The school district’s tax levy has only increased 2.14 percent, which Brohm praised, adding that it is below the state’s allowable tax cap.

Voting in both districts is slated for May 17, from 7 a.m. to 9 p.m., and voters should report to the middle school gym of their respective district.