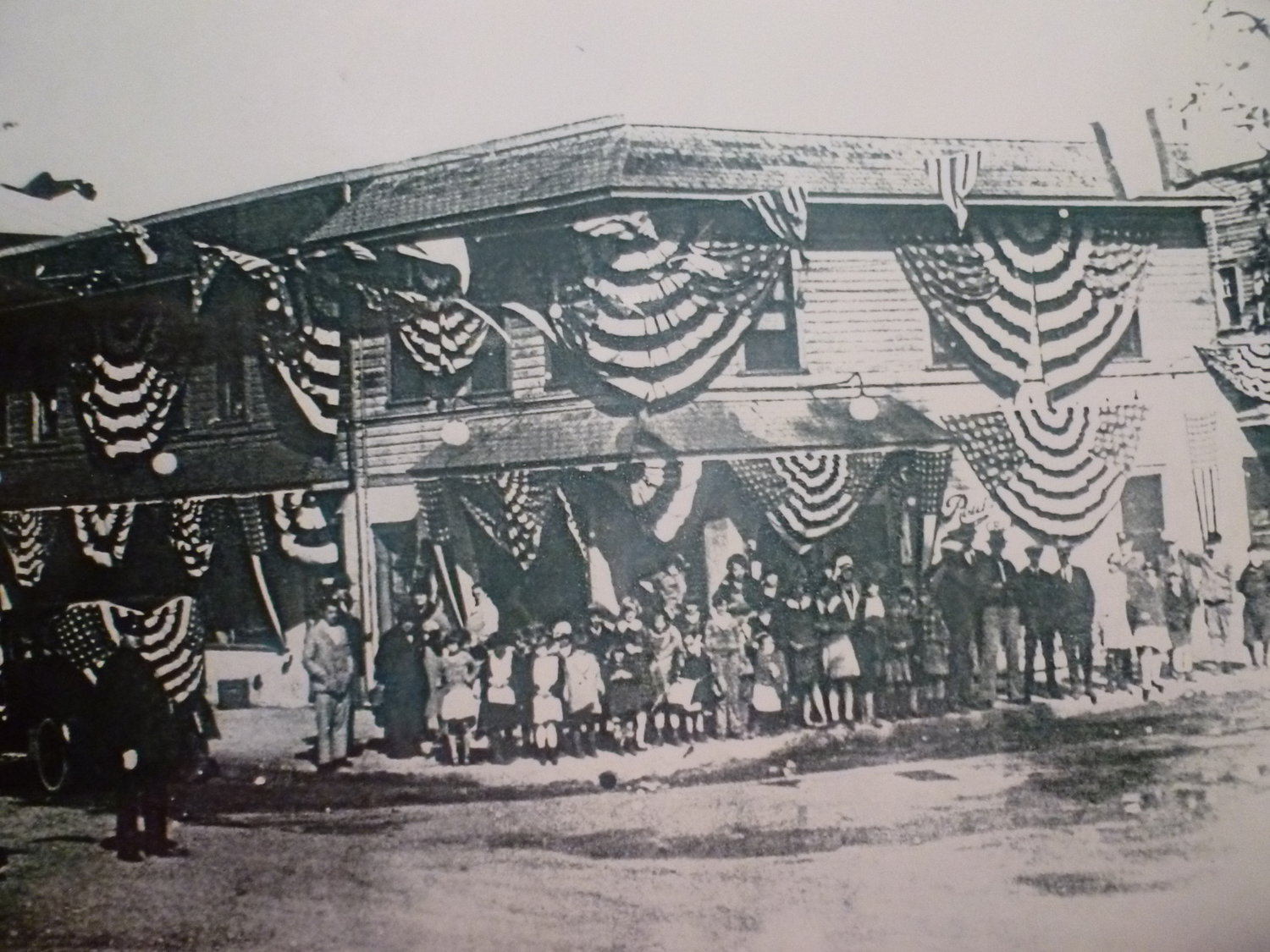 The Woodfield Road-Eagle Avenue corner was first photographed around 1926, when windows belonging to businesses along the block were decorated to celebrate the first electric LIRR train to offer service to Hempstead, which also stopped at the Lakeview station.
Courtesy Lesley McAvoy 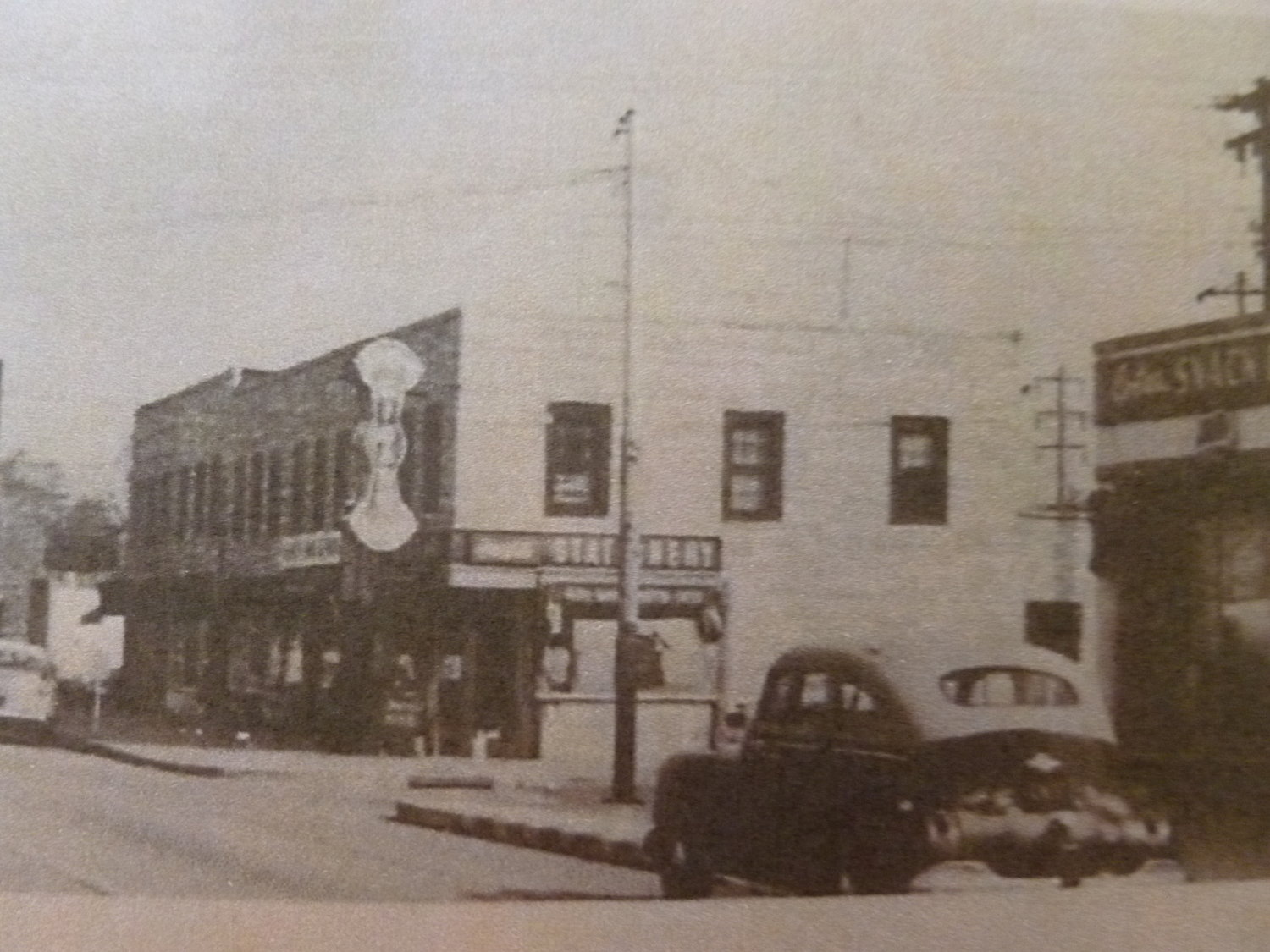 The store originally owned by the Hockenjos family was sold to Tom Sheehan in 1979 and eventually became the Family Place Star Salon.
Courtesy Lesley McAvoy 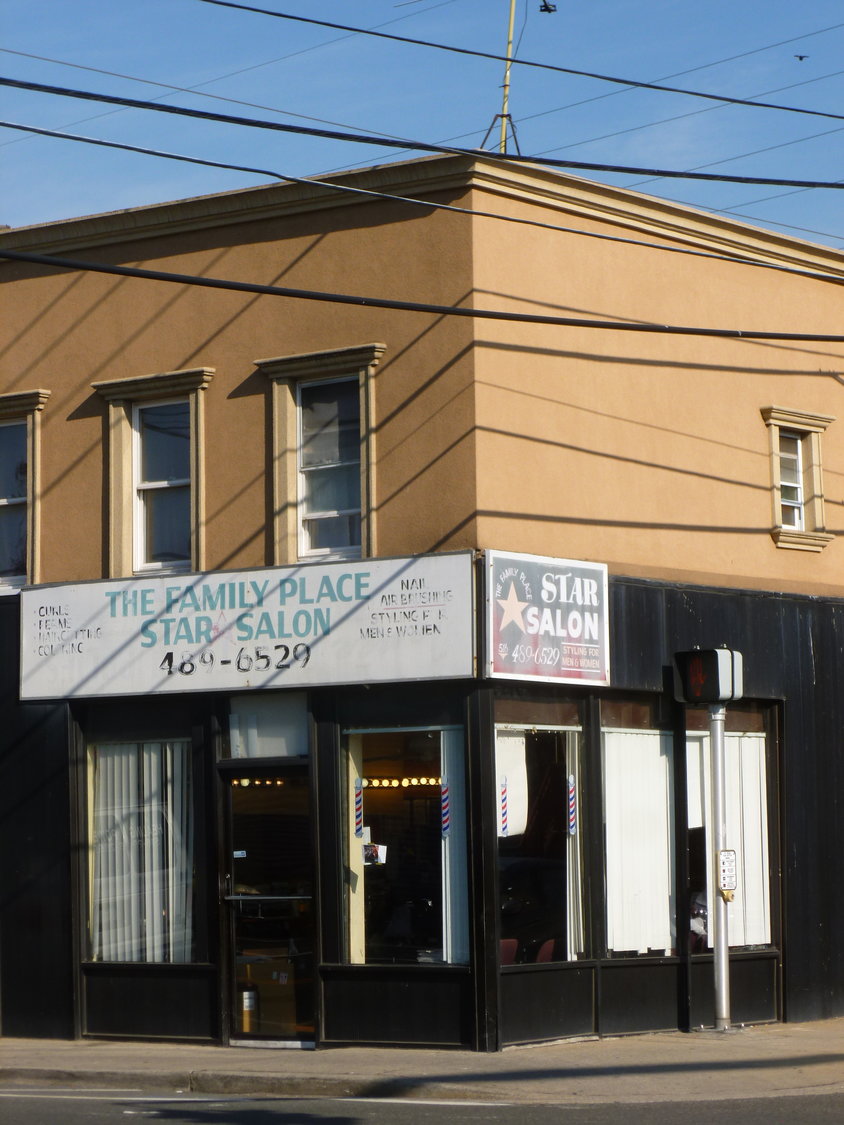 The corner suffered a devastating fire on Sept. 19.
Courtesy Lesley McAvoy
Previous Next
By Robert Traverso

Stores and apartments located at the corner of Woodfield Road and Eagle Avenue in Lakeview were devastated in a building fire on Sept. 19 that displaced 30 people.
“The business owners and those who lived there experienced a huge loss. So have the many inhabitants of the community who have treasured memories of operating stores, bars, upholsterers and butcher shops along that storefront as well as inhabiting the apartments above them,” said Lesly McAvoy, vice president of the West Hempstead Historical Society.
The corner at Woodfield Road and Eagle Avenue was first photographed around 1926, when schools closed for parades and buildings decorated windows to celebrate the very first electric train to run into Hempstead along the LIRR West Hempstead line, which stopped at the Lakeview train station.
“This event radically improved train reliability and took West Hempstead from a small agricultural community to an attractive area for commuters and home development,” McAvoy said.


The store at the corner of Woodfield Road and Eagle Avenue was owned by the Hockenjos family. They sold soda, candy, cigarettes, Reid’s Ice Cream, newspapers and fireworks, which was legal at the time. The family also operated Bob’s Bar and Grill, then located a few doors down.
In 1946, the store was sold to Carl and Lillian Herman, who at first called the storefront the Lakeview Sports Shop. The Herman’s sold “Garcia Grande” cigars as well as stationary items, and the store served as a neighborhood lending library. The owners lived above the store, which was renamed “Carl’s” in 1964.
When the fire took place on Sept. 19, the businesses and apartments were destroyed. “The spaciousness seems unreal,” McAvoy said.
Report an inappropriate comment