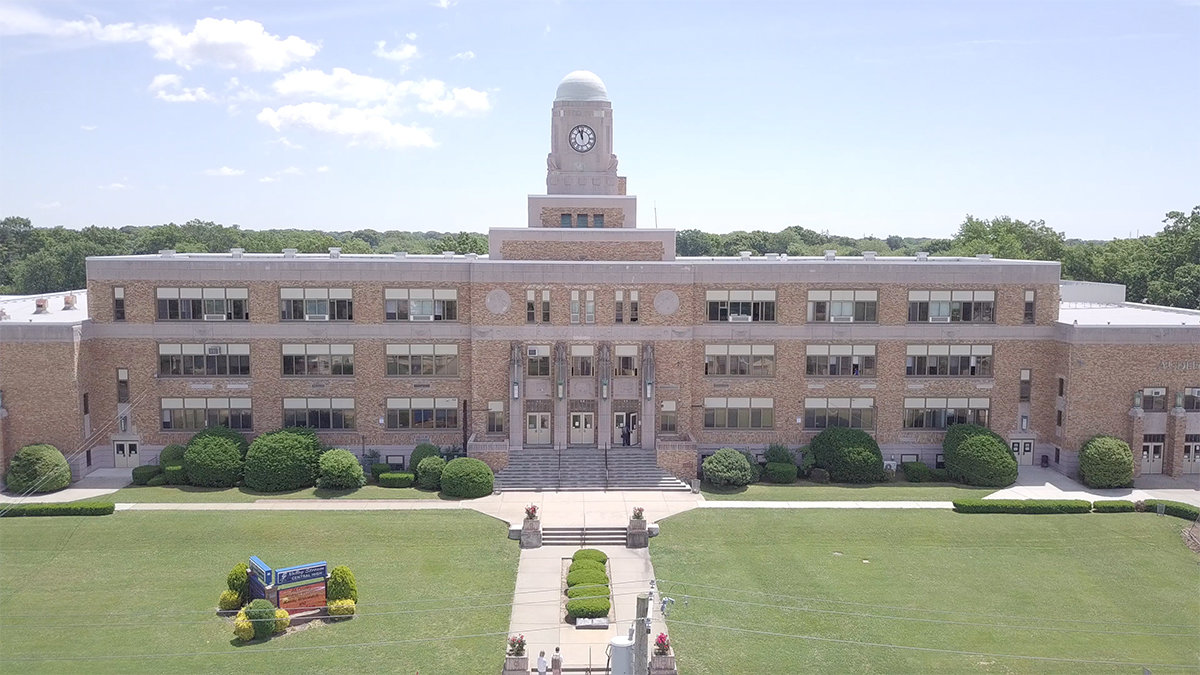 Valley Stream Central High School  was one of four Long Island schools named National Blue Ribbon Schools for academic excellence by the U.S. Department of Education earlier this month. Central was also one of twenty New York schools honored for their academic achievements as measured by state assessments or nationally normed tests.

“I am so proud of the work the staff at Central has put into creating such an outstanding learning environment,” said Superintendent Wayne Loper. “This achievement comes on top of many at Central and is a direct result of the dedication our students, teachers, and families have shown.”

“Central is honored to be designated as a Blue Ribbon School,” said Principal Joseph Pompilio. “The honor is a testament to our hard-working faculty and students. The Blue-Ribbon award magnifies Central’s excellence in teaching and learning.”

The National Blue-Ribbon Schools Program recognizes public and private elementary, middle, and high schools based on their overall academic excellence or their progress in closing achievement gaps among student subgroups. This year, just 297 schools nationwide were given the distinction.