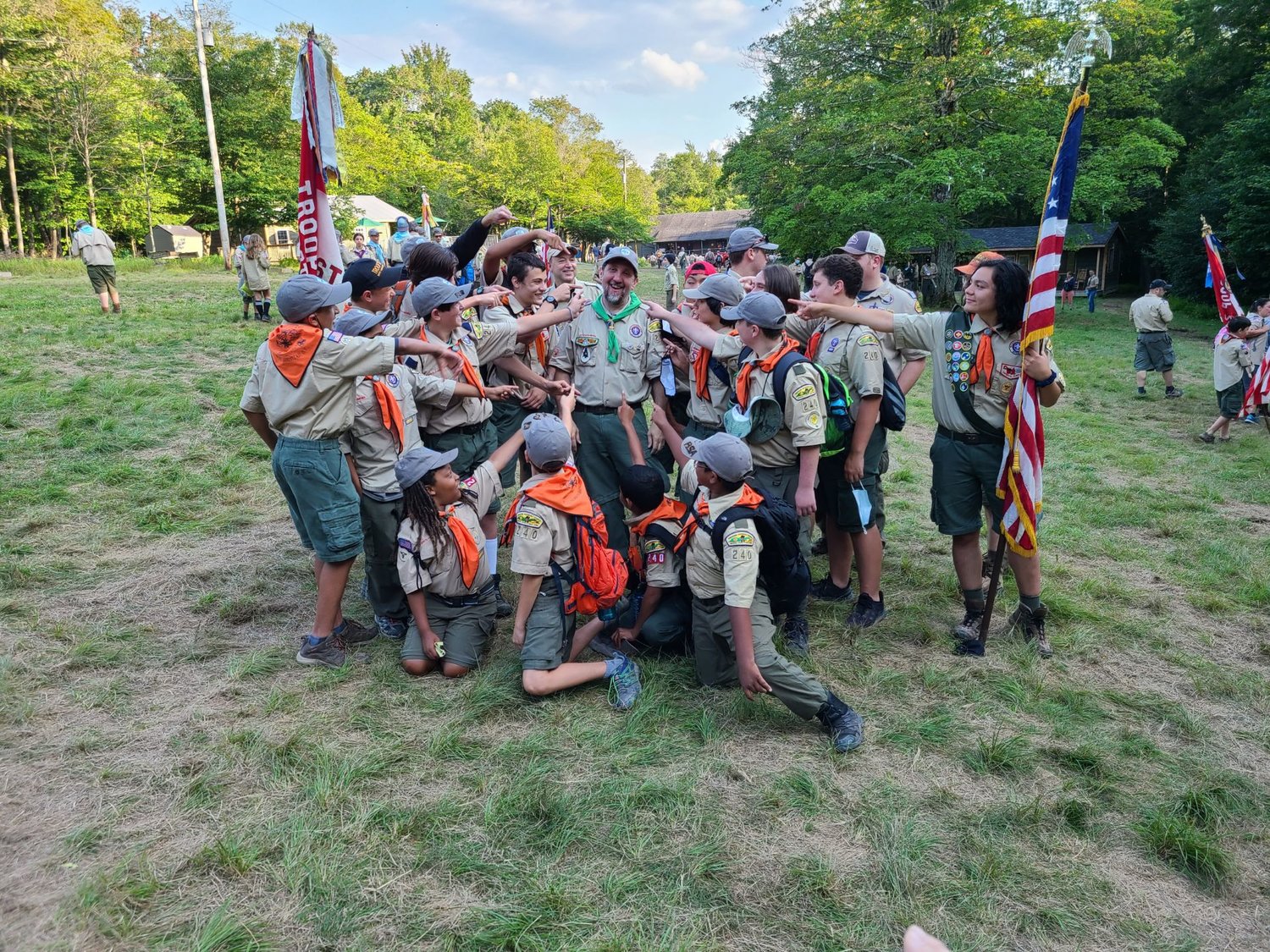 Scoutmaster Joseph Canzoneri's wisdom and guidance will be deeply missed by his troop.
Courtesy Ron Paracha 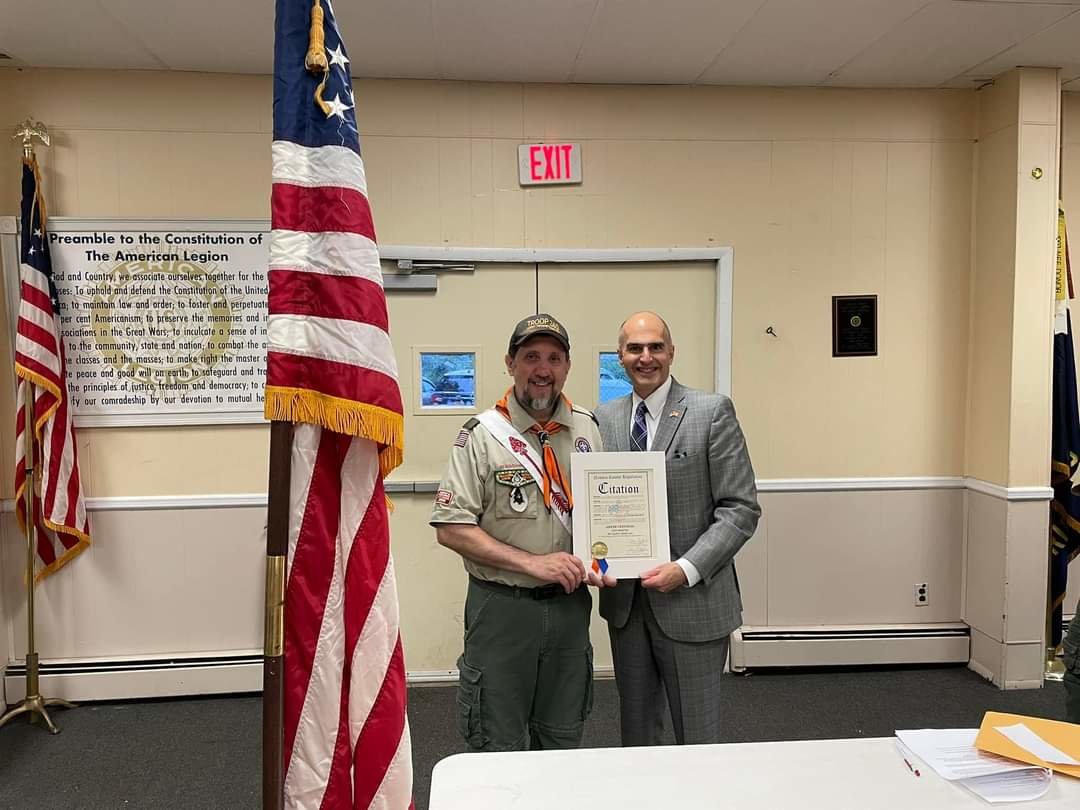 There’s a stereotype of scoutmasters maybe being cold and rigid, like a drill sergeant. Joe is the exact opposite. He’s someone you can really connect with.”
Dan Leno, Assistant Scout Leader
By Kyle Chin

Canzoneri officially passes down the title of scoutmaster on June 30 after nearly eight years, having seen 17 of his protégés ascend to the prestigious Eagle Scout rank. Many of them made it to the sendoff.

Canzoneri’s connection with the scouts began like many, when he was young. Starting out as a Cub Scout, he eventually drifted away from scouting, leaving the Boy Scouts at the Tenderfoot rank. He would not get involved again until years later, when he had children of his own.

Many of the older and former scouts who

gathered to say goodbye have known the scoutmaster for more than a decade, dating back to his time working with the Cub Scouts. Several former Eagle Scouts, now serving as assistant scout leaders, spoke about their many years spent under Canzoneri’s guidance.

James Kinney, who now works as an assistant with the troop, was perhaps the first scout to attain Eagle rank under Canzoneri’s leadership.

Of the many fond memories Kinney recalled, the ones that stuck out the most were the camping trips. “Summer camps with him were always a lot of fun,” Kinney said. “He was always walking around, making sure everyone was okay and having fun. He’d always help cook and be involved with everything. He’s really been just a great all-around scoutmaster.”

Dan Leno, another former Eagle Scout now assisting the troop, guessed that he must have been under Canzoneri’s tutelage for 12 years between Cub Scouts and Eagle Scouts. He spoke highly of the scoutmaster’s approachability.

“He’s just a great person to be around,” Leno said.

“He’ll always joke with us and just act like a friend. I know there’s a stereotype of scoutmasters maybe being cold and rigid, like a drill sergeant. Joe is the exact opposite. He’s someone you can really connect with.”

Alex Menachery is working on his own Eagle Scout project and hopes to complete the process by next month. “He’s been so helpful through the whole process,” Menachery said. “Anything I need, any paperwork that needs to get completed, he’s always on top of it.”

Menachery recalled an example of Canzoneri’s dedication. “On another Eagle Scout project, we had to help with paving,” he said. “Scoutmaster Joe had gotten poison ivy the day before, but he still came out and worked. We offered to let him sit out but he insisted. He didn’t complain.”

Many praised Canzoneri’s leadership of the troop through the pandemic. “He did a lot to keep everyone engaged and having fun,” Kinney said. “It was tough when in-person meetings shut down, but he came back quickly and he came back with a force.”

Menachery said “a lot of other troops really struggled when Covid hit. But the scoutmaster made sure we adapted really quickly with virtual meetings, online activities and games and helping people do their badge requirements from home. Not only did we not lose anyone, but we actually have more scouts now than before Covid.”

Canzoneri was moved by the show of support as he closed out his time as leader. “My family was there,” he said.

“So were the older Eagle Scouts, people who had aged out of scouts, friends, parents. It was really nice, and I really didn’t expect it. It was a great close to all these years.”