A Herald editor looks through his photos from 9/11 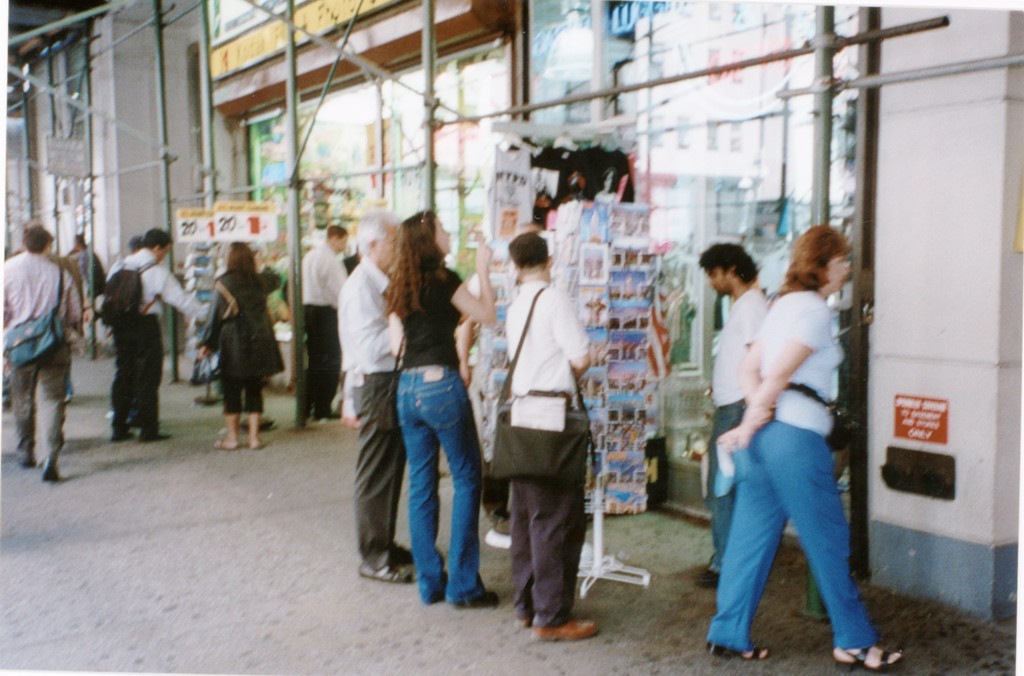 I snapped this passing the Empire State Building. The people gathered there were all staring at postcards depicting the Twin Towers.
Chris Connolly 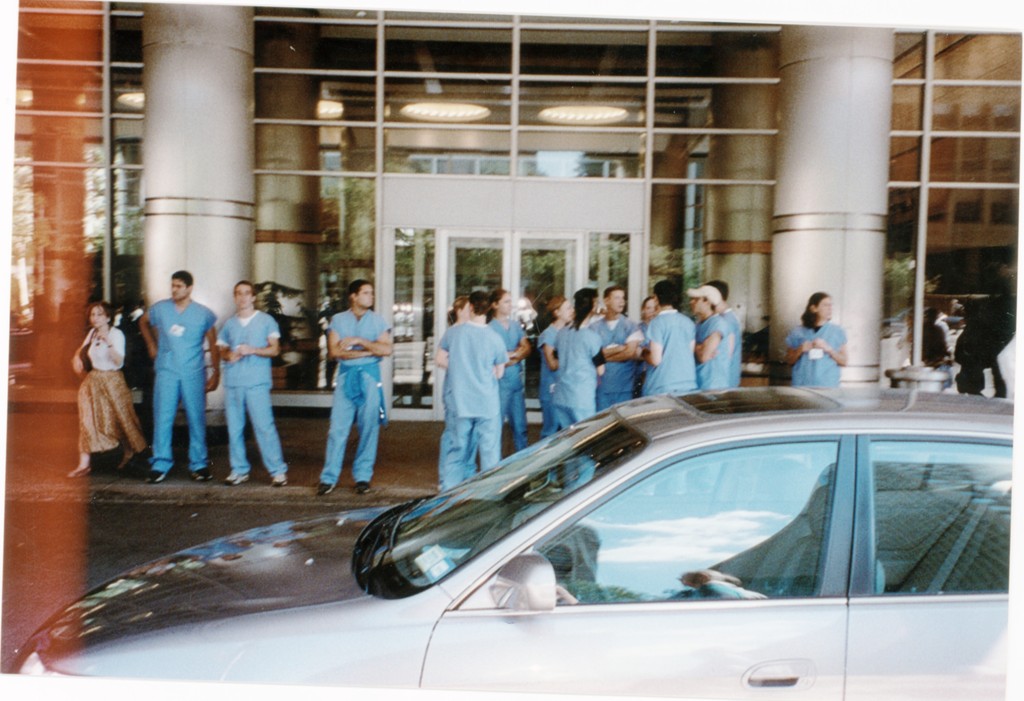 THIS SCENE was echoed outside every medical care facility we visited. Early reports estimated the death toll at 10,000, 15,000 or even 30,000 and many doctors and nurses simply picked up and went to their workplaces. Because the facilities were already fully-staffed, they ended up waiting outside for patients who would never arrive.
Chris Connolly 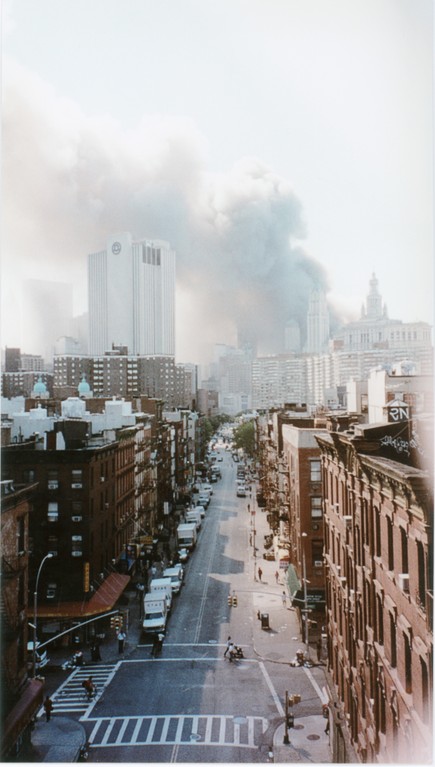 ALL STREETS below the bridge entrance on the Manhattan side were sealed off by police.
Chris Connolly 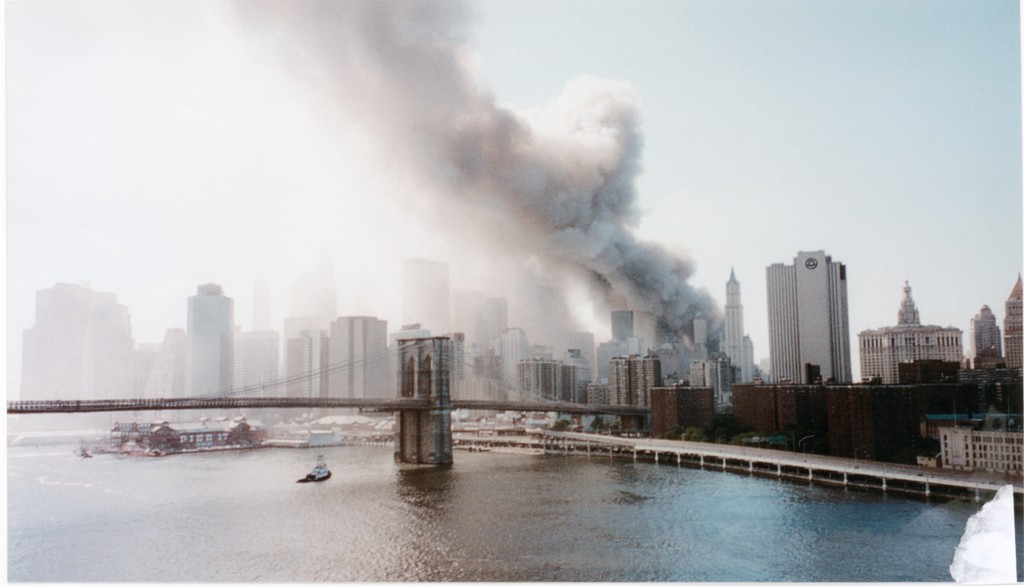 THIS WAS SHOT FROM THE APEX OF THE BRIDGE. This was the first picture I pulled out after developing my film on the fifth anniversary of 9/11. I looked at it briefly, then sealed the photos away for another five years.
Chris Connolly 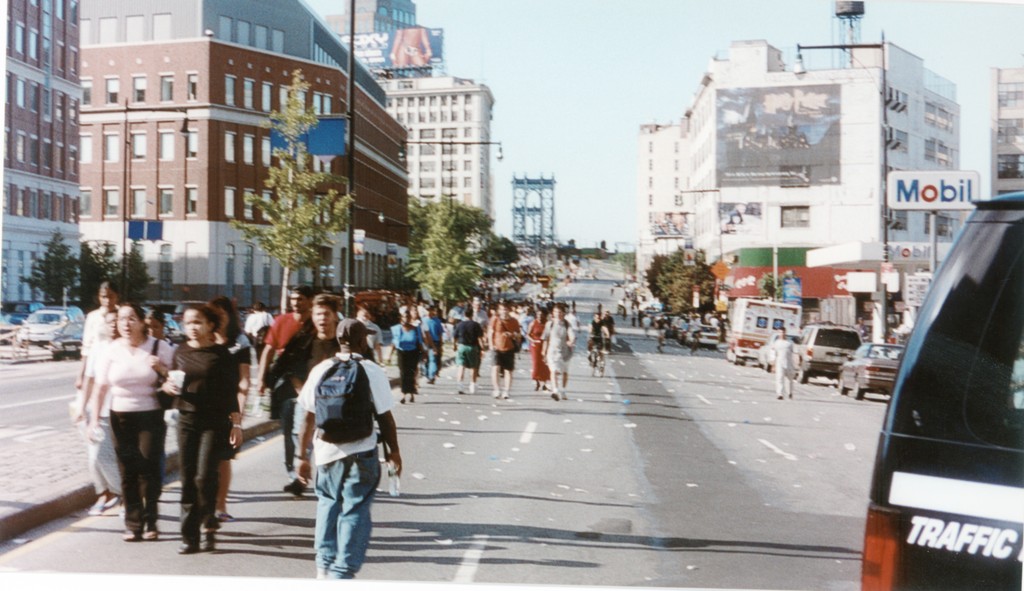 THIS IS THE BROOKLYN SIDE of the bridge. People just trying to get home. Below, the view from the walkway up the Manhattan Bridge.
Chris Connolly
Previous Next
Chris Connolly

I write this assuming it will be true for a lot of my readers: September 11, 2001, was the worst day of my life. It was worse for many than it was for me — I was lucky not to lose my father, a roommate and several close friends who all worked in the towers — but the anger and anguish I felt that day were the most intense I’ve ever known.

My father worked on the 100th floor of the North Tower. He lived, and thankfully still lives, in Princeton, New Jersey, where his company, a large insurance firm, maintained an office. My father began requesting a transfer to the office in his town of residence shortly after the first attack on the twin towers in 1993. It was finally implemented in August 2001.

My father’s company had offices between floors 93 and 100 of the North Tower. When American Airlines flight 11 hit the building it plowed directly into those suites. No one who was present when the plane hit survived the attack, and 295 of my father’s coworkers were murdered that day.

I knew there was a problem at the Trade Center immediately that morning because when I walked out of my apartment in Brooklyn I could see flames and smoke trailing across the gorgeous early autumn sky. This was just moments after the first plane struck and I, like many New Yorkers, first thought some benighted light-aircraft pilot had mistakenly hit one of the buildings. I speed-dialed my papa to assure myself he was safe.

My father was home that morning. He was preparing to bike to work — a commute he enjoyed much more than his two-hour treks on NJT. Once I knew my father was safe I made the unlucky decision to head into Manhattan. I worked at a magazine near Bryant Park at the time, and since we had state of the art access to all news sources I figured I could get the most complete information on the story from there.