Baldwin People of the year 2011: Linda Degen and David Viana 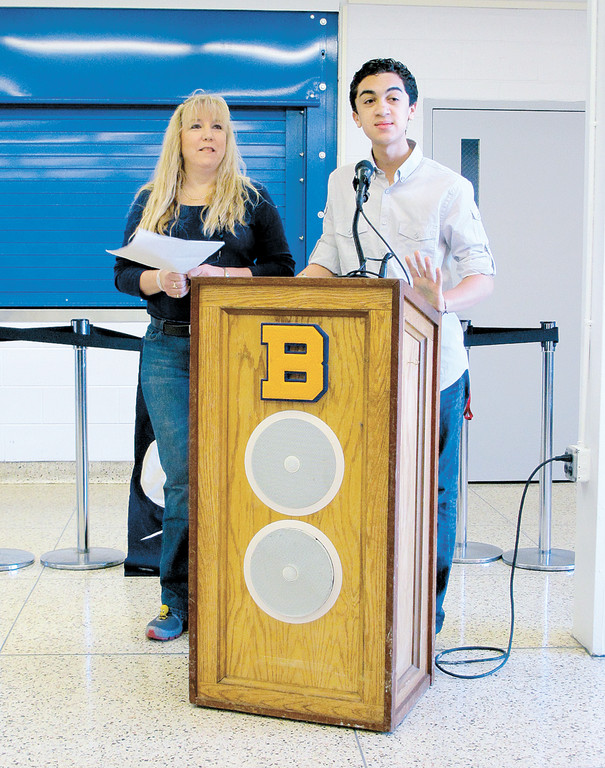 Although few would argue that the new Baldwin Civic Association initiated this wave of local organization, its co-chairs, Linda Degen and David Viana, are clearly stoking its momentum. They are the Herald’s choice for 2011 People of the Year.
Chris Connolly
Chris Connolly

Although few would argue that the new Baldwin Civic Association initiated this wave of local organization, its co-chairs, Linda Degen and David Viana, are clearly stoking its momentum. They are the Herald’s choice for 2011 People of the Year.

The drive to re-form the Baldwin Civic Association began in two places at once. Degen, 51, a 1978 Baldwin High School graduate and the mother of a freshman at Holy Trinity High School in Hicksville, was a member of the original BCA and was looking into restarting the group. Viana, 18, a freshman at Stony Brook University studying atmospheric and oceanic sciences, with a focus on meteorology, created a Facebook page with the title “Baldwin Needs Revitalization.”

The social media site took off first. Viana, who attended Baldwin Community Nursery School, Plaza Elementary and Baldwin Middle School and nurtured his interest in community involvement with Jacqueline Bell and the Baldwin Civic Oaks, soon found himself presiding over a substantial following of online collaborators.

“The Facebook page went from 10 ‘likes’ to over 400 in a matter of weeks,” Viana told the Herald. “People were really excited to come together and discuss the things that they wanted for Baldwin — things they missed from when they were children, things that changed over the years.”

The public nature of social media soon brought Viana’s activities to the attention of Degen, a school secretary and veteran community activist. In addition to her work with the original BCA, Degen had been involved with the Chamber of Commerce, the Baldwin Little League, the Sanitation Department’s Big Sweep and many other local initiatives. Uncovering a vein of like-minded people online, Degen contacted Viana and suggested joining forces.

“A friend told me about David’s Facebook page, so I reached out to him to introduce myself,” Degen said. “He hadn’t planned to start a civic association, but through our conversations we decided it was the best route to take.”