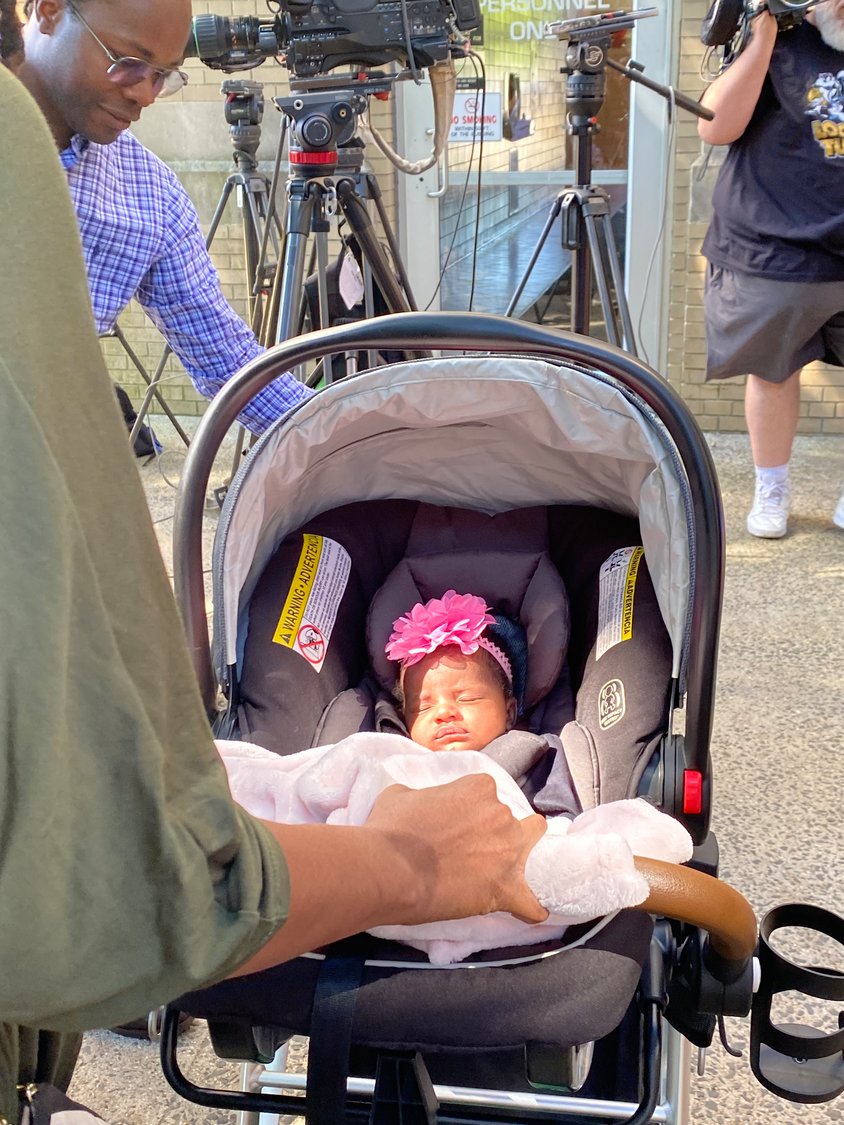 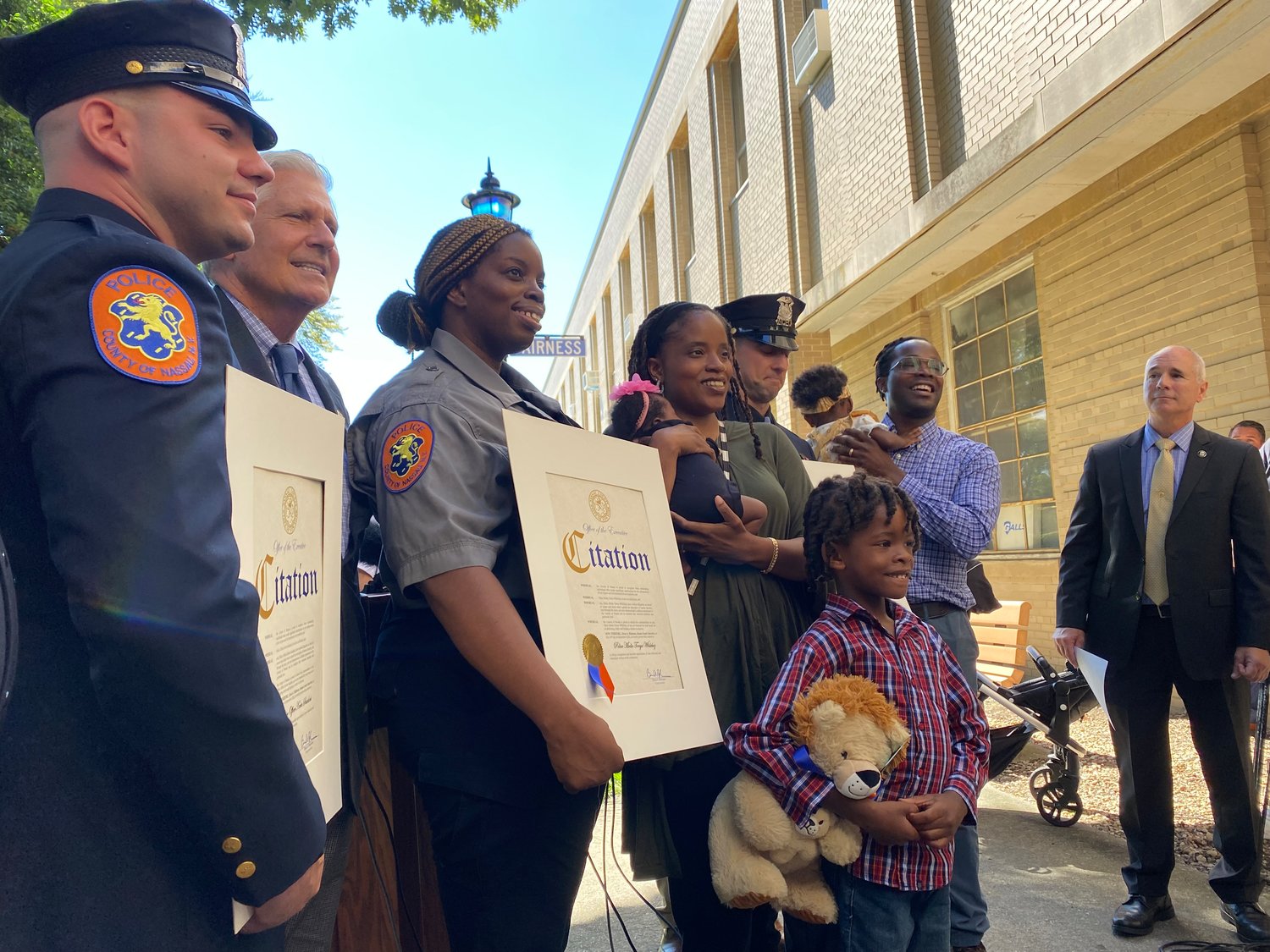 Nassau County first responders reunited with the newborn child and family they helped deliver this week.

One month ago, the Moore family had their third child in their home with the help of two Nassau County officers and a medic. This week they reunited to thank them personally at the Police Headquarters in Mineola on Wednesday.

DeShay Thomas-Moore said she couldn’t get to the hospital quick enough, luckily her husband Bobby Moore, called 911 at 7:50 p.m. About 20 minutes later at 8:15 p.m. first responders and mother DeShay Thomas-Moore introduced a 6 pounds and 2 ounces baby Ivy-Marie Moore to the world.

“It was surreal. It happened so quickly, all I could do is call 911,” said Bobby Moore. “And they came to the rescue.”

DeShay Thomas-Moore said she was home cleaning when she first felt pain. After being assured by her doctor that the child is not due yet, she packed a bag and continued with her day until the pain got so intense. She felt pressure and screamed to her husband, “The baby is coming!”

DeShay Thomas-Moore said she tried to stand up and go to the hospital, but when she reached her feet she knew she couldn’t make it to the hospital. Although she was only 37 weeks pregnant, three weeks shy of her due date, she knew then her baby was coming.

“I wasn’t trying to have a baby at home,” said Thomas Moore. “But it happens.”

None of these first responders have delivered a baby before but they said their training helped them keep calm and deliver the baby.

“It was a good practice run,” said Carney.

Wilchez said she had practiced delivering children on mannequins in her police medic training but was surprised to see and help deliver a baby herself.

“She (DeShay) did all the work,” said Wilchez. “We just caught the baby.”

Salvadori said everyone was calm and they were able to easily deliver the child.

“The only one yelling, I guess, was the mom.” Salvadori said. “Twenty minutes later we had a beautiful baby girl, Ivy Marie, come into the world.”

This reunion was one of few for the Nassau County police. Nassau County Police Commissioner Kevin Smith said the department is used to responding to accidents and cases like childbirths but they don’t often get to see the next chapter.

“We don’t know what happens to those people when we move on,” said Smith.