From petting zoo to sanctuary 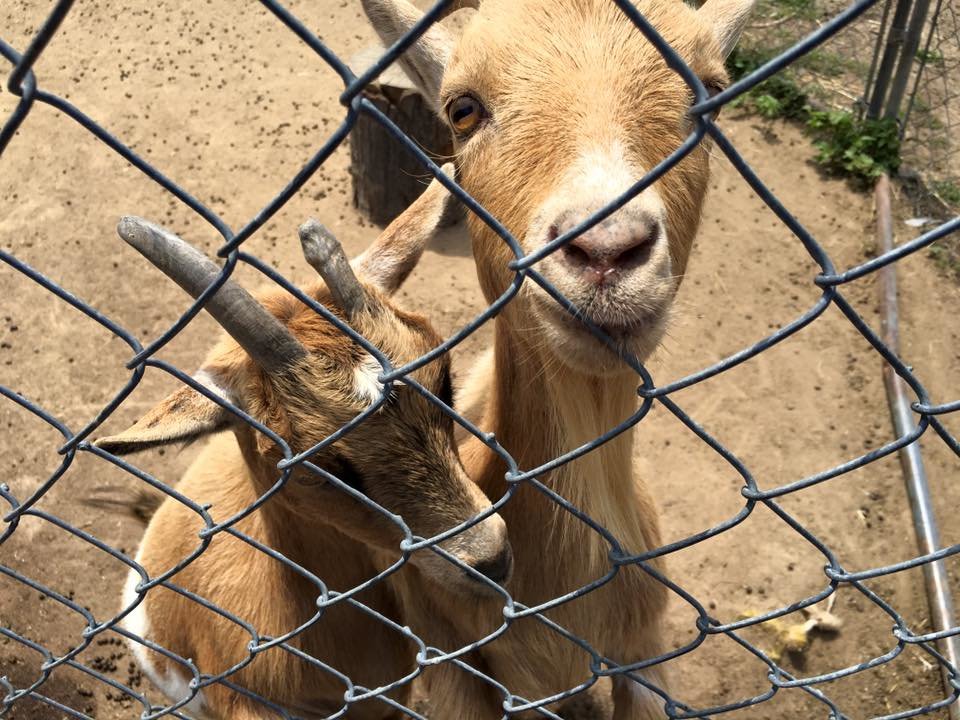 John DiLeonardo, a Malverne native and the president of Long Island Orchestrating for Nature, an animal advocacy group, worked together with Andre Ricaud to move animals from the petting zoo to sanctuaries.
Courtesy Party Pets of New York 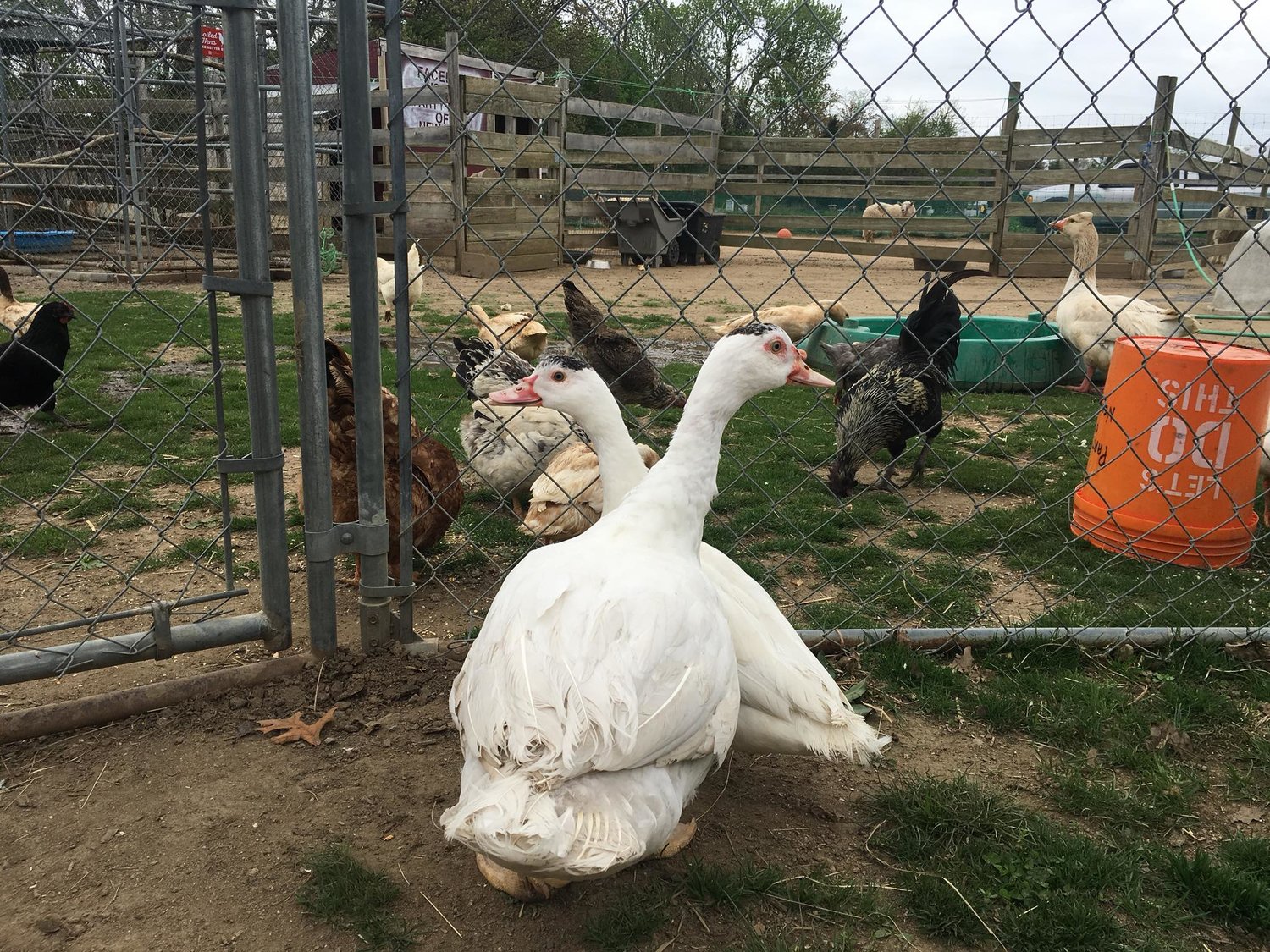 I’m happy that they have their forever homes.”
Andre Ricaud, Owner, Party Pets of New York
By Robert Traverso

After five years at Crossroads Farm in Malverne, Andre Ricaud, the owner of the company that managed a petting zoo there, said that the animals deserve to spend the rest of their lives in relaxation.

Party Pets of New York, headquartered in Baldwin, which offers educational programs and shows that teach children and adults about animals, has closed the petting zoo.

“I just decided it was time,” Ricaud said, adding of the animals, “They did their part. They taught a lot of the public about what they are,” Many communities across Long Island, Ricaud said, lack up-close exposure to, and understanding of, animals.

Ricaud, 61, who lives in Baldwin, said he believed the zoo’s animals — 40 ducks and chickens, 3 sheeps, 1 turkey, and 1 goose — provided memorable experiences to local residents and visitors from across Nassau County, and that the time had come for them to spend the rest of their lives in comfortable environments.

“I felt good that I’ve done this for 30 years,” he said, “and I felt it was time that these animals got their forever homes.”

Thanks to an unlikely partnership, the animals are now at sanctuaries across the country, enjoying open space and comfort.
John DiLeonardo, a Malverne native and the president of Long Island Orchestrating for Nature, or LION, an animal advocacy group, said he had been urging Ricaud to close down the petting zoo for a long time.

LION rehabilitated and fostered the 40 ducks and transported several of the chickens to Farm Sanctuary in Watkins Glen, New York.

The turkey and several ducks were relocated to Hof Sanctuary for animals in Catskill, New York, and the sheep from the petting zoo now lives at Chenoa Manor in Avondale, New York, as well as a few ducks rehabilitated the weekend of March 19.

The goose and a few of the chickens now live at a preserve in New Jersey, and additional ducks were relocated at Skywatch Bird Rescue in Castle Hayne, North Carolina.

Ricaud placed a number of bunnies in private homes and a few goats with a vegan sanctuary.

Their former homes at Crossroads are set to be broken down over the next few months.

DiLeonardo said he had found Ricaud to be especially compassionate about his animals, compared with other owners of petting zoos he has worked with in the past. The two are now friends, and Ricaud frequently asks DiLeonardo for updates on his animals.

The sheep now live in Pennsylvania, the goats now live with members of Ricaud’s family at a sanctuary in Rochester, and the chickens and ducks were relocated to sanctuaries by DiLeonardo.
The condition of many of the animals had deteriorated, DiLeonardo said.

They were all rescues, Ricaud stressed, adopted from people who no longer wanted them. The fact that Ricaud cares for animals, and they still didn’t thrive, DiLeonardo said, shows how bad conditions are at most petting zoos. “A lot of [them] are much worse,” he said.

DiLeonardo explained that because of Ricaud’s compassion, LION and Party Pets of New York have worked together in a non-adversarial relationship. Ricaud was for many years the caretaker of Malverne Mel, the village’s celebrity groundhog, and ran another petting zoo in Central Islip.

“I’m glad he’s shutting down, and that’s always our concern, DiLeonardo said, “and he was amenable to giving us the animals so they can have a happy ending.”

At his home in Baldwin, Ricaud keeps turtles, tortoises, ferrets, a hedgehog and other animals that he brings to educational programs for children to seniors run by Party Pets. Originally from Jackson Heights, Queens, Ricaud has been working with animals for 31 years, and said he takes care of them as if they were his children.

He wanted to be a veterinarian, and worked as a veterinary technician and also owned a dog grooming shop in Oceanside. Then, in 1991, after adopting numerous animals and bringing them home, he followed the suggestions of others to make his pets the focus of educational programs.

He said that especially with children, he stresses the need to treat animals with respect, and to understand that taking care of them properly requires a commitment to daily responsibilities. “They’ve been placed in great homes,” Ricaud said, “and I know they’re not going to be eaten or destroyed. I’m happy that they’ve their forever homes."