Going to bat for officers in crisis 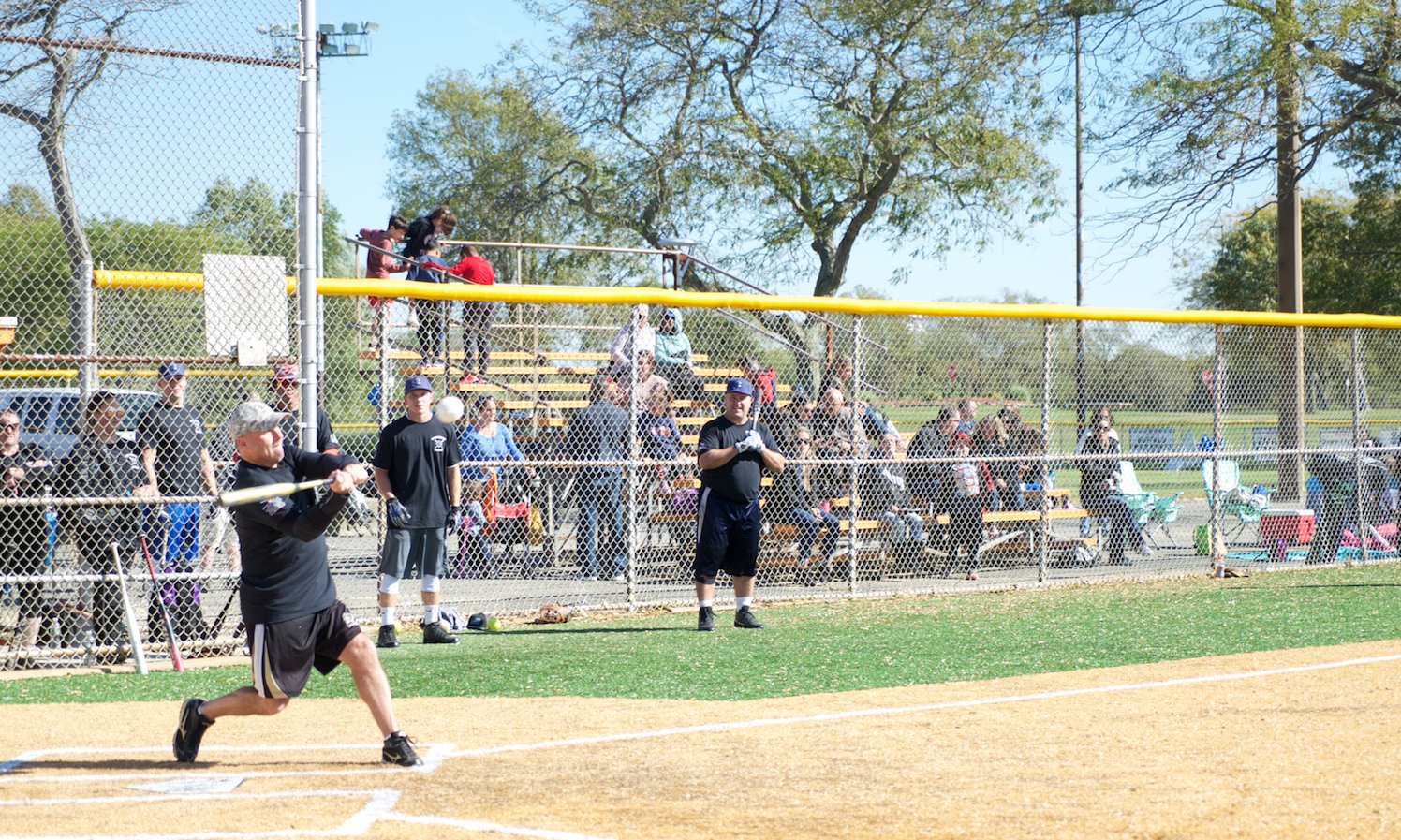 Nassau County Police Commissioner Patrick Ryder was one of many to swing for the fences at the Strikeout Suicide Charity Softball Game at Baldwin Harbor Park last weekend.
Bridget Downes/Herald 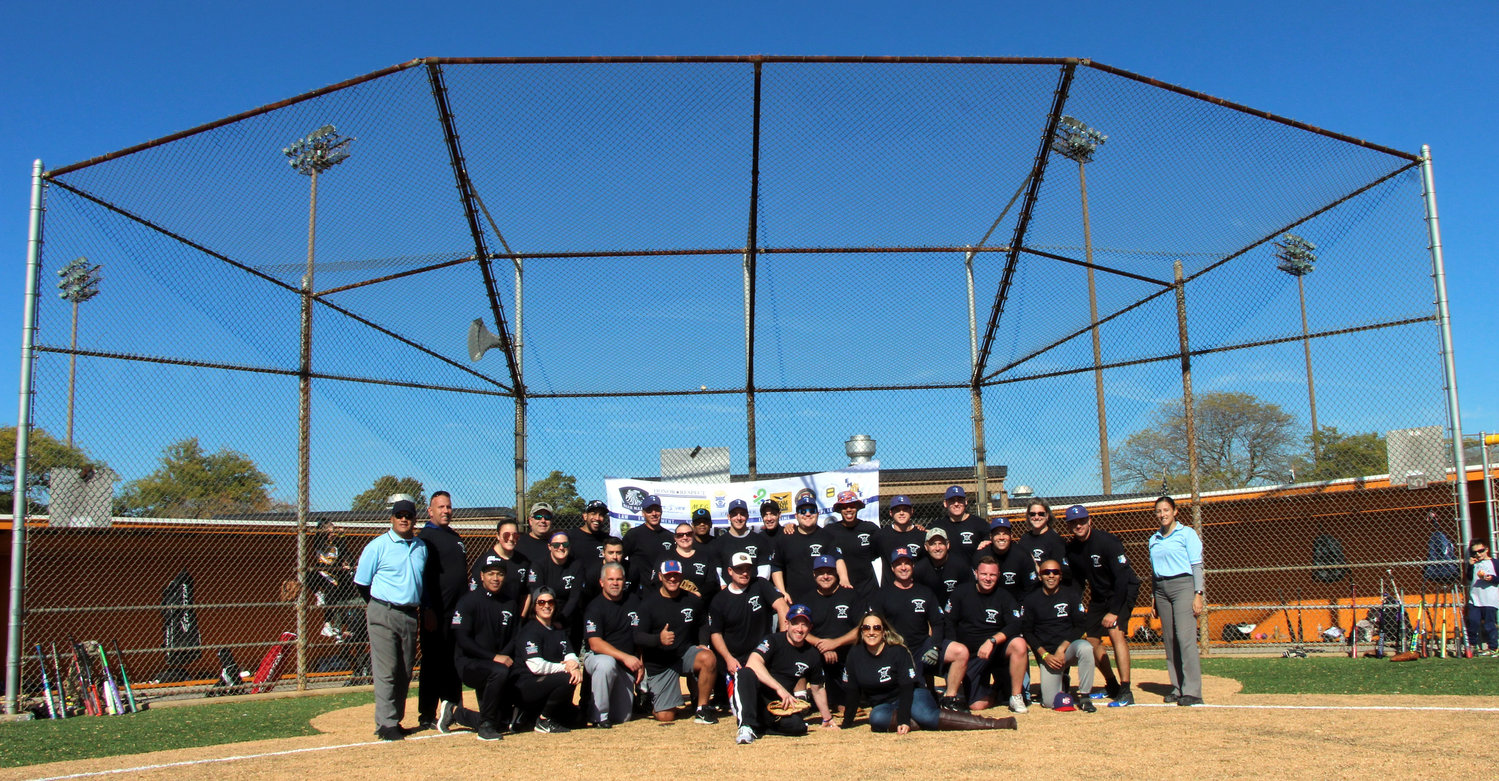 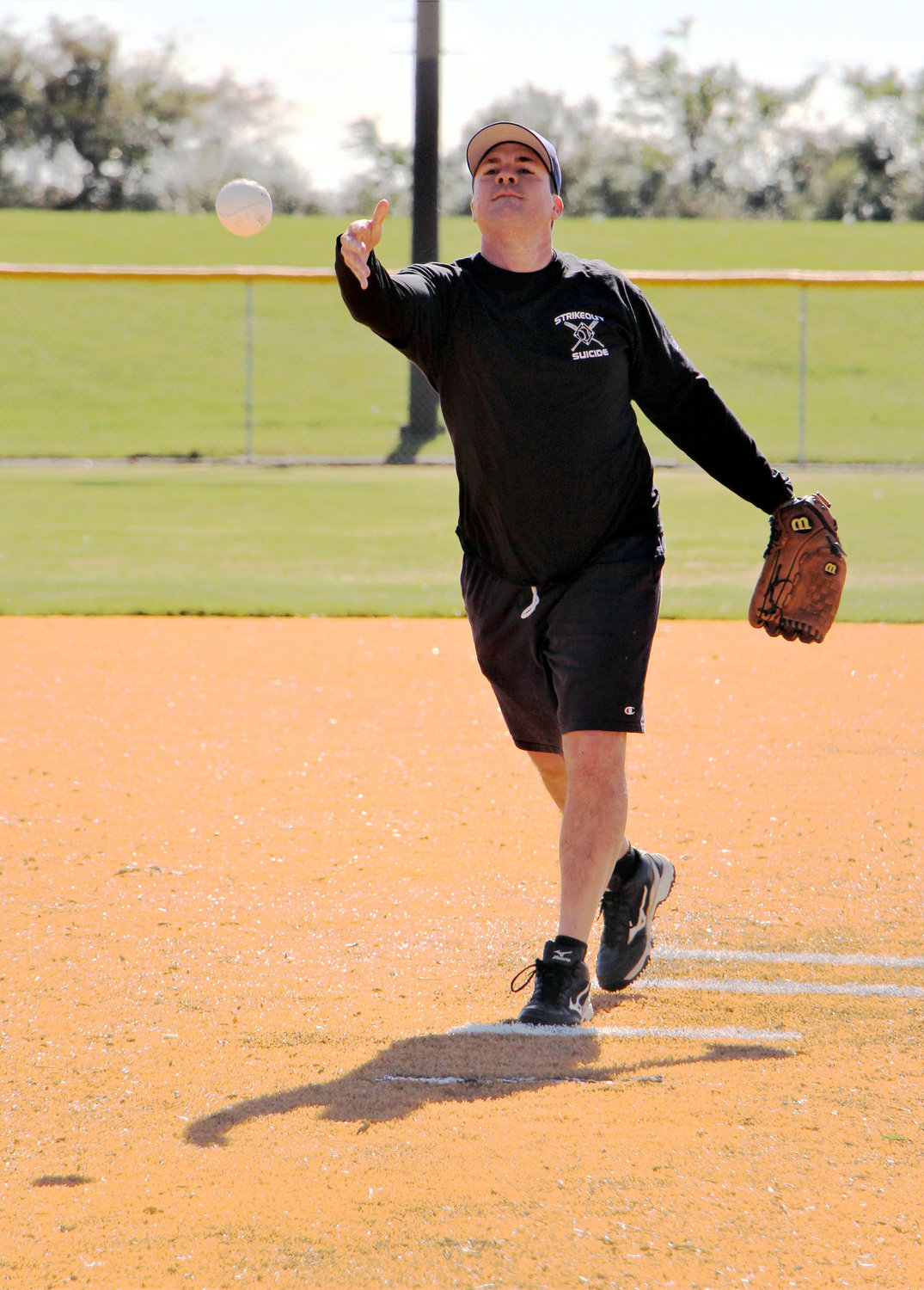 Tom Shevlin, left, of the NCPD, took his turn on the pitcher’s mound.
Maureen Lennon/Herald 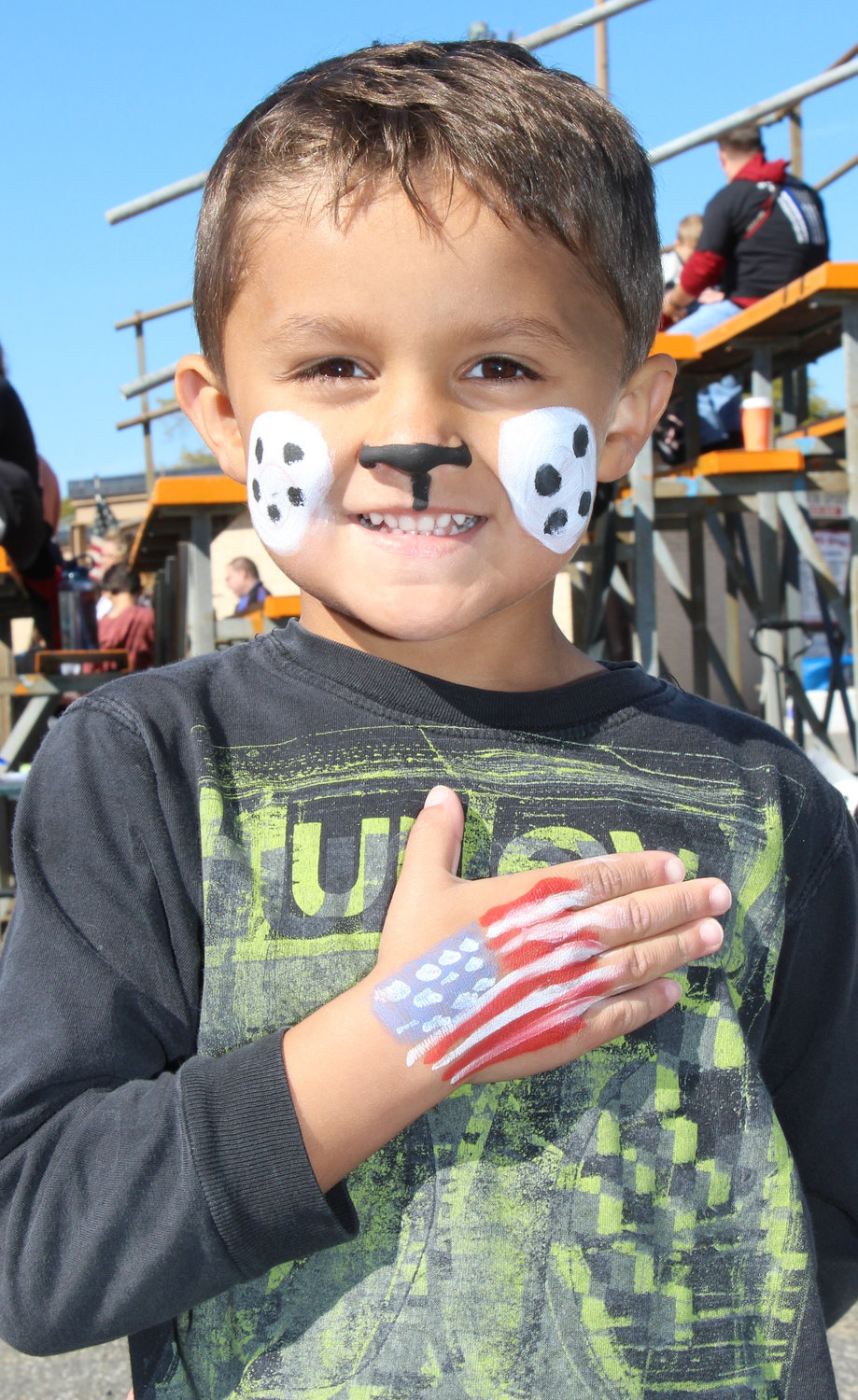 Michael Kleinschmidt, above, had his face painted at the game.
Maureen Lennon/Herald
Previous Next

The change is going to be fellow officers. It’s going to be us asking our partners, ‘Are you good?’ It’s up to us to make the change amongst ourselves.”
Michelle Panetta
By Bridget Downes

Dozens of members of law enforcement challenged one another to a charity game of softball on Oct. 19 in Baldwin to raise awareness of suicide and the mental health stigma within the profession.

Beyond the Badge Inc., a nonprofit organization that works to raise awareness of suicide in the law-enforcement community and build positive relations between officers and the public, hosted the game, which organizers said they hoped would become an annual event.

Michelle Panetta, a probation officer who co-founded the group with her husband, Chris, a New York City police detective, began organizing the Strikeout Suicide Charity Softball Game, at Baldwin Harbor Park, about a month and a half ago. Earlier this year, Chris’s childhood friend and fellow NYPD officer, Nick Mencaroni, died by suicide.

“It’s hard for regular people to turn around and say I’m suffering from anxiety, I’m suffering from depression or I have a lot going on, I’m not OK. But when you’re in law enforcement, it’s even harder,” Michelle Panetta said. “We’re supposed to be strong all the time, and we’re supposed to protect the public and everybody else, but people forget that behind our badge, we’re still somebody’s kids. I’m still somebody’s daughter, somebody’s wife and aunt, and everything else, so I still have to be OK at home, but I have to be OK at work, too.”

Officers from the NYPD and the Nassau and Suffolk County police departments came out to support the cause. Money raised will benefit Beyond the Badge and Blue HELP, an organization committed to reducing the stigma around mental health issues in the law enforcement community.

“Suicide’s on the rise when it comes to law enforcement,” NCPD Commissioner Patrick Ryder said at the game, “and people need to remember that we’re dads, we’re moms, we’re family members, brothers and sisters, but more importantly, when we leave work, we’ve got other pressures at home, and then we come back from those pressures and go back to work and you deal with everybody else’s problems, so it’s a stressful job. We want to keep the message out there that’s it’s OK, we got you, we got your backs, we’ll support you, and remove that stigma.”

“At our wedding [in January], everything was great, he seemed fine,” Panetta said of Mencaroni. “We came home from our honeymoon two weeks later, he committed suicide. He was the first NYPD officer to commit suicide this year. When it’s close to your heart like that and you don’t realize what’s happening, it’s rough. We knew we had to do something.”

Then, as more officers died by suicide as the year went on, the Panettas decided to make a change.

This year, 10 NYPD officers have taken their own lives. The number of police suicides in 2019 is the highest in at least a decade, according to The New York Times, underscoring the NYPD’s ongoing struggles to persuade officers that they should seek treatment if they are experiencing mental health issues. More officers commit suicide each year in New York City than are killed in the line of duty. Since 2014, an average of five NYPD officers have died each year by suicide.

“Suicide is a tragic thing when it happens, but we can stop it, we can prevent it,” Ryder said. “We’ve just got to get the message out there and communicate with each other.”

Panetta said she knew she had to act to slow the epidemic, referring to the law enforcement community as a family in which no one has to fight alone.

“Everyone always says you try to deal with what you have to deal with at work and it stays there. Well, that’s impossible,” Hempstead Town Councilman Anthony D’Esposito, a former NYPD detective, said. “Suicides are on the rise throughout not only the nation, but obviously here in New York, and an opportunity like this for everyone to get together, raise awareness, raise some funds is important, because cops, although we try to do our best to put on that superhero cape and say that everything is great, sometimes things aren’t great. And to have an outlet to say we need to talk about this, or I need a hand, or I need a shoulder to cry on, people need to know that it’s there and it’s available.”

Panetta said she wanted to coordinate a day for officers not to worry about work, let loose and have fun while meeting fellow police officers, making new friends and fostering relationships.

“Ten suicides — it’s a red flag,” said Mike Geraldi of the NYPD. “It’s not good what’s going on. I’ve got 15 years on the job in the city and it pains me. I feel very sad for the families, and I can’t put my finger on it. Hopefully this brings awareness, and it’s all about community, keeping us together, staying positive, so there should be a lot more events like this. Personally, it’s great to be out on the field with my fellow coworkers. I love it — we’re like a family.”

He was meeting most of the other officers for the first time, despite an air of companionship on the field.

“When we get on the field, it’s like we’ve known each other for years,” Geraldi said. “We’re all blue brothers and blue sisters.”

Panetta also said the event was intended to foster relations between police and the public. “If you have a positive relationship with the community, it does make it easier when you go out there and do your job,” she said. “So not only are we raising mental health awareness and suicide awareness, but we want to promote that positive relationship between law enforcement and the community, as well.”