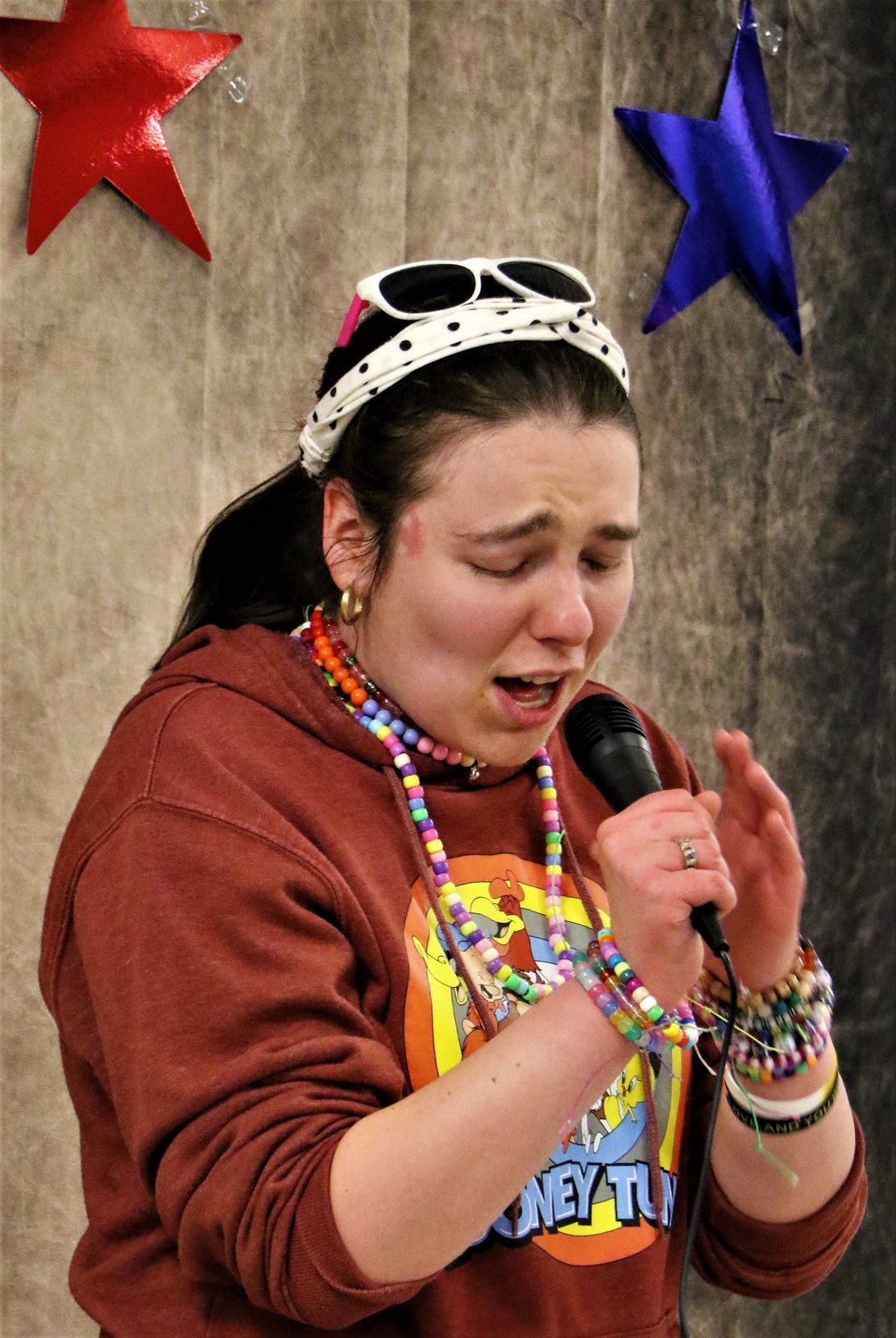 Heather Tihiakos of Baldwin, presented the first act of the talent show, and sang, “Let it Go,” by Idina Menzel
Maureen Lennon/Herald 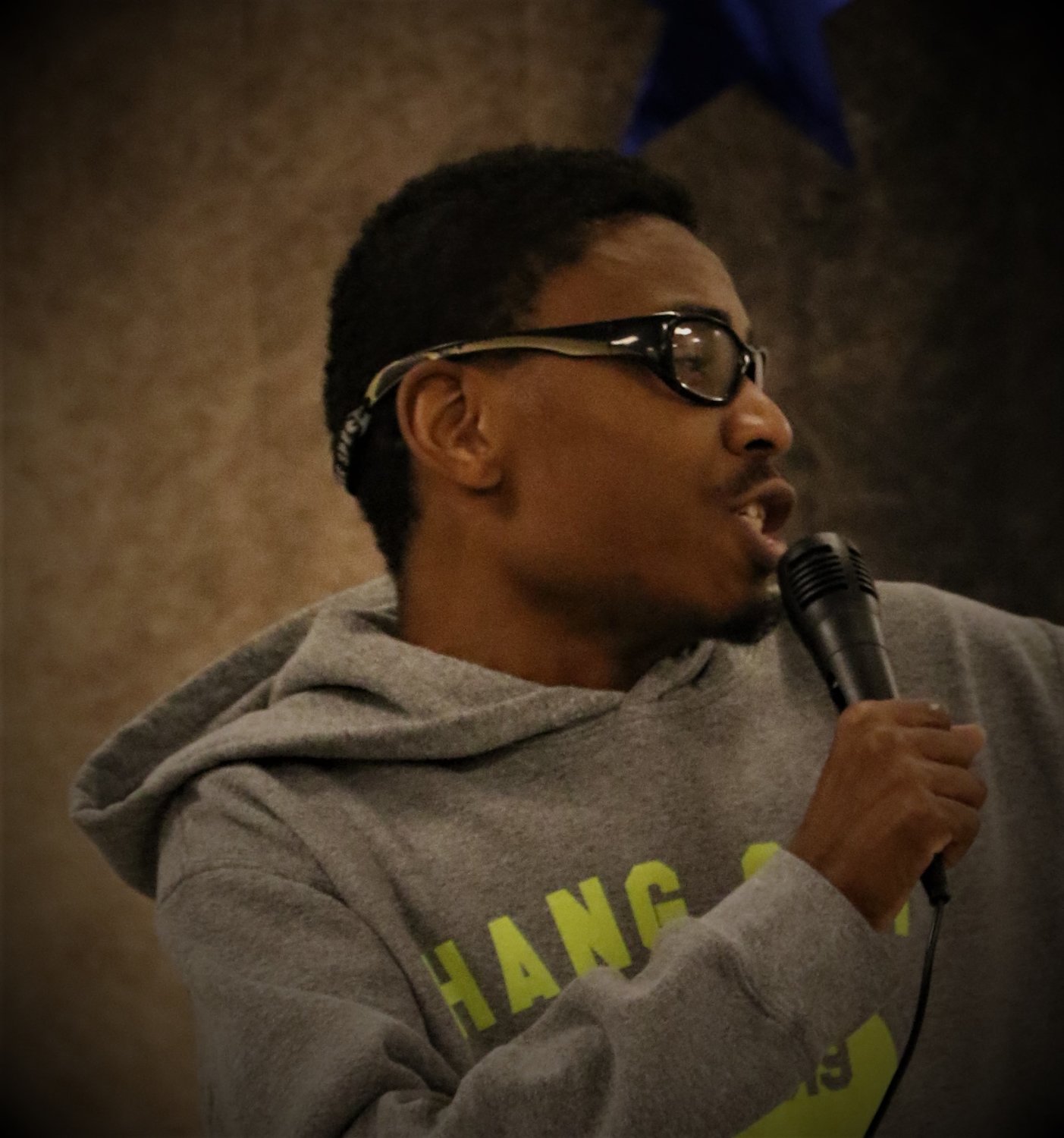 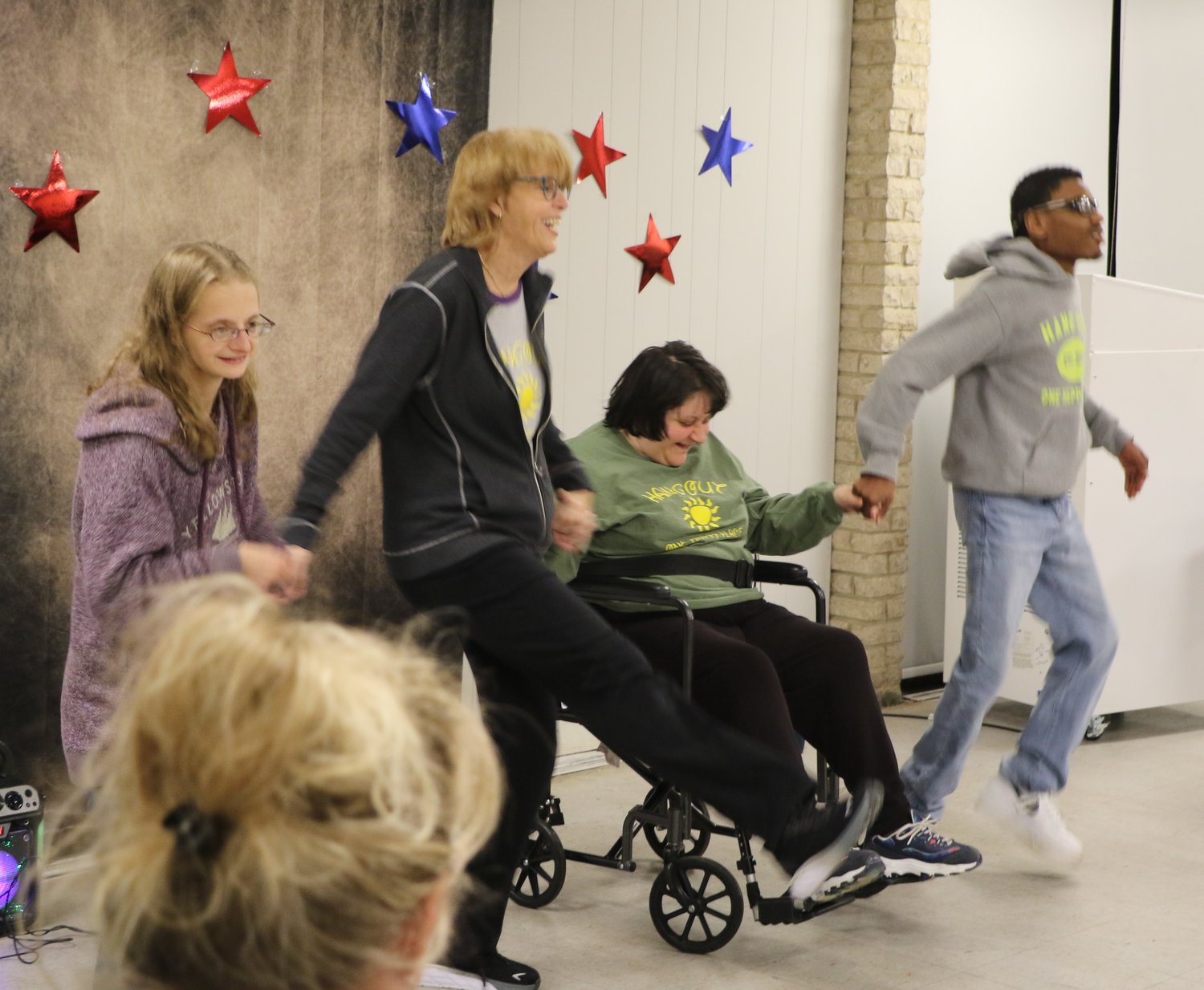 The hangout then performed their choreographed version of “Superheroes Unite,” by Koo Koo Kanga Roo — one of the group’s favorite songs.
Maureen Lennon/Herald
Previous Next
By Andre Silva

Members of Hangout One Happy Place, a Baldwin based non-profit organization that provides recreational activities for individuals of all abilities, and their families gathered at the Baldwin Harbor Park Recreation Center located on 3232 Grand Ave. at 6:30 p.m. on Nov. 19.

Members gathered in the recreation center and performed singing and dancing acts in solo and group performances led by Angela Lucas, founder of One Happy Hangout Place. Heather Tihiakos of Baldwin, presented the first act of the talent show, and sang, “Let it Go,” by Idina Menzel — the iconic song featured in Disney’s Frozen.

The next act as a group performance led by Danielle D-Ecclesiis of Baldwin, to the tune “Dominick the Donkey, ” by Lou Monte. Members of the hangout danced and sang in joy around D-Ecclesiis.

Adam Lusterman of Baldwin, and Natalie of Baldwin, led the third act — a duet of “Love Will Keep Us Together,” by Captain and Tennille. Follwing the pairs act, Naseem Fecu of Baldwin, performed his version of U2’s “Vertigo.”

“I dedicate this performance to my mother and father,” said Fecu.

The hangout then threw on their choreographed version of “Superheroes Unite,” by Koo Koo Kanga Roo — one of the group’s favorite songs.

Next Kiki Dunn-Charles of Baldwin sang, “I’m a Lady” by Meghan Trainor, and finishing the show Natalie sang her rendition of Tate Mcrae’s “That Way.”

“You all made me so proud today,” said Lucas. “And I’ve know some of you since you were in diapers.