Mayor says “we always have to be prepared” 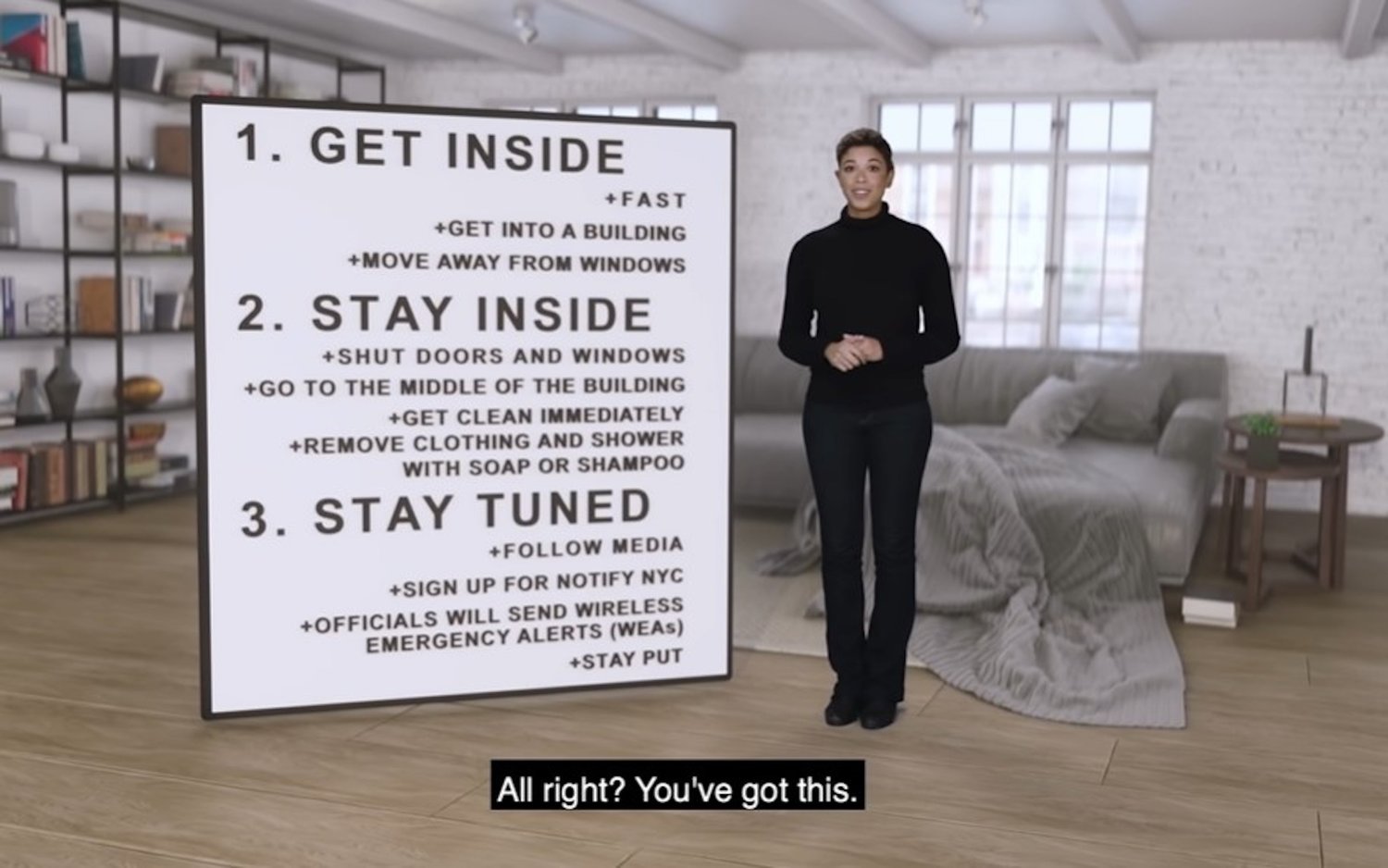 -Copies of important documents in a waterproof container

-Flashlight with a hand-crank or battery-operated AM/FM radio

-Contact information for members of your household and support network

The thought of hiding under a desk from a nuclear attack during the Cold War may be over, but Mayor Eric Adams and the New York City Emergency Management have recently shared some important steps in the form of a Nuclear Preparedness Public Service Announcement video for New Yorkers to follow should a nuclear attack occur.

No threat has been issued to New York; however, it is never too early to be prepared for anything, Adams said, especially during the ongoing Russia and Ukraine crisis.

In the PSA video, which was published on July 11, a woman walks into frame and says, “So there’s been a nuclear attack, don’t ask me how or why, just know that the big one has hit.”

Some have critiqued the video citing it as alarmist, meaning there is an exaggerated danger causing needless panic, but Adams defended the video saying he is a “big believer in better safe than sorry…it doesn’t mean just a nuclear attack, it’s any natural disaster. Pack a bag, know where your medicines are located, these are just smart things to do.”

The first step, to being safe the PSA says, it to get inside a building as quickly as possible and move away from the windows. If there is a basement in your home, stay there, as long as you and your family are away from the windows and doors, the risk will be mitigated. Outside during the blast? Wash yourself down, remove and bag all outer clothing to keep radioactive dust away from your body.

Lastly, listen to the media for official updates from New York State about the status of the outside. Anybody can register for emergency notifications by getting the free Notify NYC mobile application, visiting NYC.gov/notifynyc, contacting 311 (212) 639-9675 for Video Relay Service, or TTY: 212-504-4115 or following @NotifyNYC on Twitter.

Before a catastrophe of any causing- natural or man-made, it’s important to be preemptively prepared with a plan. Know where to meet with friends, family, or caregivers after an emergency if the emergency grants moving away from an area. NYC Emergency Management suggests picking two place to meet, “one right outside your home and another outside your neighborhood, such as a library, community center, or place of worship,” they write on their website.

When leaving, if told to leave by officials, it’s important to already have a Go-Bag made, which is a collection of essentials such as food, water, medicines, first aid, important documents and other survival necessities.

Mayor Adams said this is one in what will be a series of emergency management ads highlighting preparedness efforts for numerous types of emergencies.