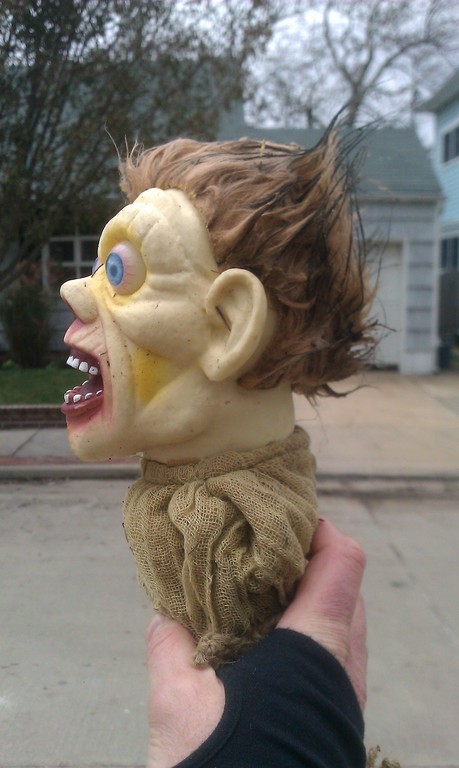 This is the head I mistook for a nightmare Howdy Doody. It made such an impression that I went out searching the wetlands to find it and figure out what it was.
Chris Connolly 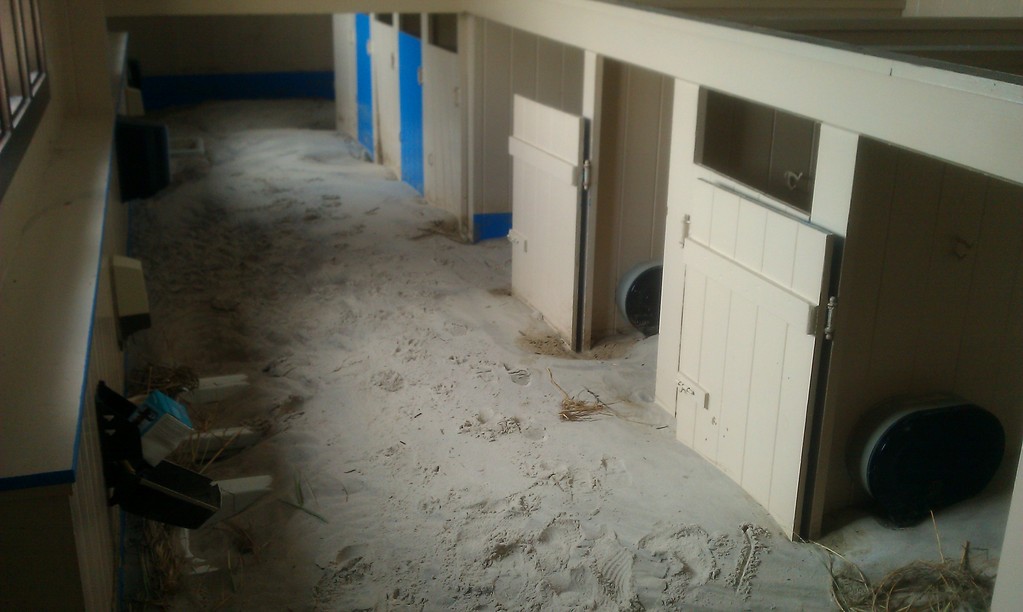 The morning after the storm, I walked up to find the beach I know so well totally changed. These are the public bathrooms just west of the Point Lookout beach. All that sand had to be deposited in a period of about three hours.
Chris Connolly 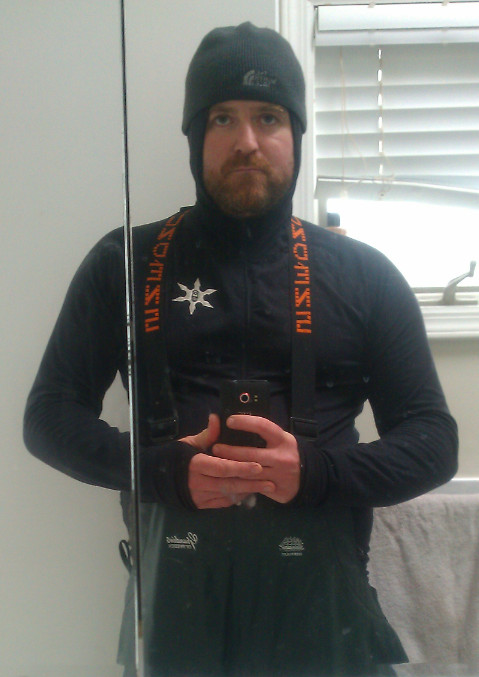 When I thought I might have to leave my house, I put on fishing waders over full-body, ninja-style long johns.
Chris Connolly
Previous Next
By Chris Connolly

Part two in a series on how South Shore residents are coping in the aftermath of Hurricane Sandy.

I stayed home for Sandy. I wasn’t motivated by any heroic delusions about saving the house or battling the flood. I just thought it would be cool to hunker down and experience the Storm of the Century firsthand.

I’ve been a journalist for 15 years, and adventure has always been my favorite subject. I’ve surfed in shark-infested waters, safaried with wild lions, flown stunt planes and sailed to Antarctica during a typhoon. Braving the fiercest things nature has to offer was my thing for a lot of my life, and I thought adding Storm Chaser to my resume was a natural fit. That is a mistake I won’t make again.

I think the main thing that set Sandy apart from all my other adventures was that she hit home — my home. I once covered the Iditarod dog sled race, and was out on the trail, shooting pictures in neck-deep snow, where it was so cold that the moisture in my eyes kept freezing. Loved it! To me, that felt like an adventure. I was far from home, in an inaccessible place, doing things most people only read about. It was the coolest, not to mention the coldest.

Sandy, in her way, was just as wild, but she came to my doorstep. Then she spilled over my doorstep and into my house. That’s an experience I never want to replicate. It’s thrilling to marvel at nature’s power when it’s tearing up a remote village. It’s quite a different feeling when it’s your charcoal grill sailing down the street at greater than highway speeds.

The boxer Mike Tyson once said, “Everyone has a plan till they get punched in the mouth,” and that’s a nice recap of my bout with Sandy. I live in Point Lookout, the very eastern tip of Long Beach, and our mandatory evacuation orders came early and often. I could tell Sandy wasn’t going to blow over the way some storms have, so I shipped my wife and my little ones inland and geared up.

Seaford, Wantagh still on the mend

FOR SALE: Sandy homes on the auction block