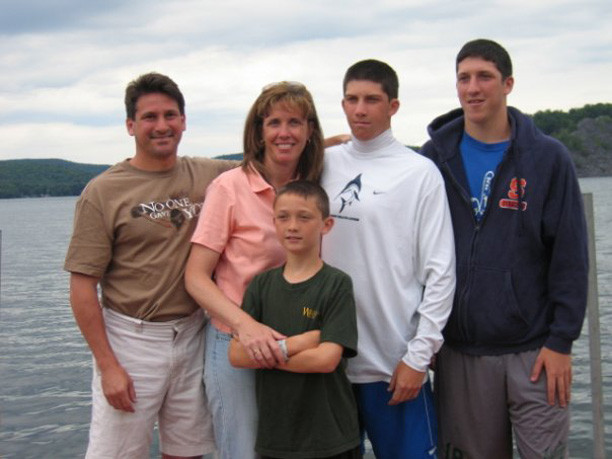 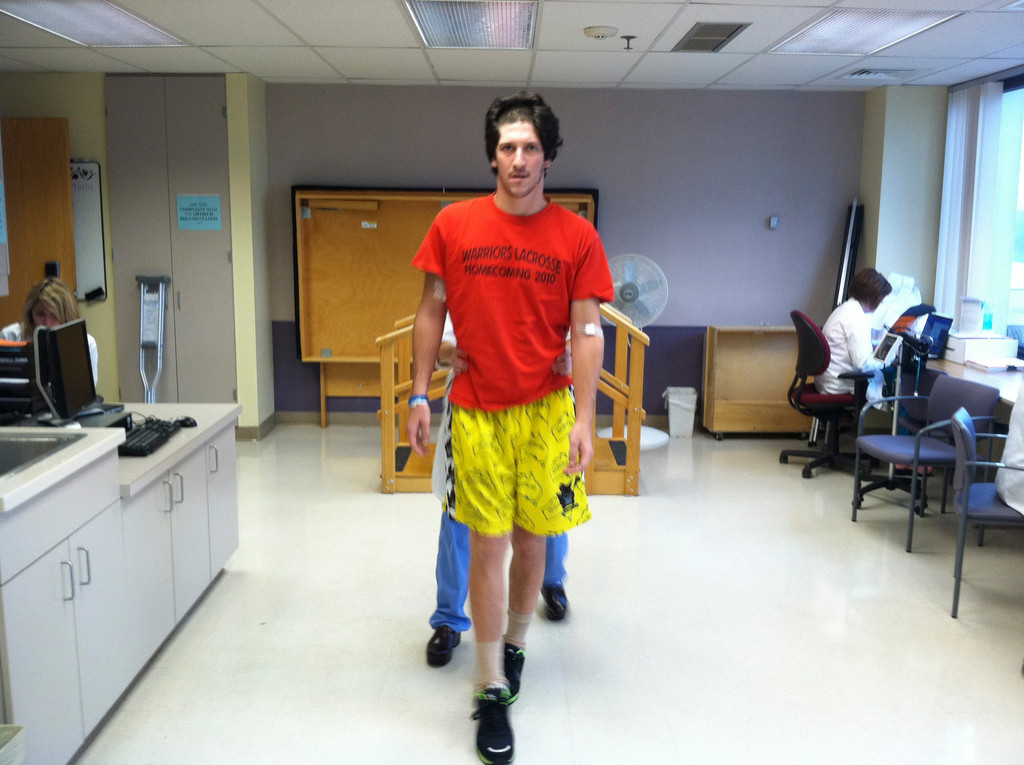 Kevin Becker is making ‘miraculous’ progress, according to his father, Damian.
Courtesy Becker family
Previous Next
By Mary Malloy

Kevin Becker, 21, of Lynbrook, was seriously injured on August 26 when he apparently fell off of the flat roof outside of his campus bedroom window at East Stroudsburg University of Pennsylvania. The fall was approximately 13 feet.

“It was divine intervention that Kevin was found by a friend who had decided to leave Kevin’s house to take a walk approximately 10 minutes after the fall,” said Damian Becker, Kevin’s father.

His injury occurred at approximately 12:30 a.m. The friend immediately called 911, and Kevin was rushed to Pocono Regional Medical Center, where he was listed as stabilized but in grave condition with severe head trauma. He was then transferred to Lehigh Valley Hospital where he underwent surgery to insert a monitor to measure his intracranial brain pressure and drain blood and excess fluid to relieve pressure.

The family is staying in Pennsylvania to be at their son’s bedside as he begins rehabilitation. Kevin is the nephew of Lynbrook Village Trustee Hilary Becker and Leg. Francis X. Becker.

“ … Kevin’s recovery has been nothing short of miraculous,’ said his father, Damian Becker. “He was life or death, and if he survived, there was a possibility he would not gain consciousness. This recovery is due to Kevin’s will to live, the power of prayer and faith of hundreds of friends in the St. Raymond’s Lynbrook and East Rockaway community, and the compassionate, expert care he received from the nurses and medical staff of the LVH Neuro Intensive Care Unit.”

According to Damian, Kevin is now walking on his own, has easily completed physical therapy tests and has performed well with cognitive therapy tests. “He took a shower by himself, and he’s walking today … the therapist said that out of 600 who took the cognitive test, only three have completed it without any issues — and Kevin was one of those three.”

He should be discharged to inpatient or even outpatient therapy [this Tuesday], said Damian. He is expected to return to school, East Stroudsburg University where he is a junior, perhaps as early as October. Kevin is a college lacrosse player.

“Kevin was in a coma for nine days following his injury, and his life was in balance for much of that time,” said Damian. “His miraculous recovery is a testament to faith, prayer and love and high-quality compassionate care provided by the nurses and doctors.”