A fun and helpful donation 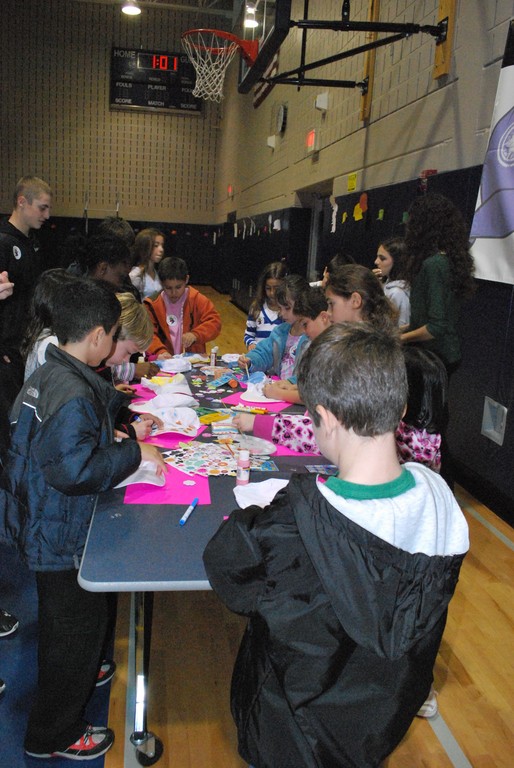 Second-graders at the assembly decorated their donated hats before placing them on the poles.
Jeff Bessen/Herald 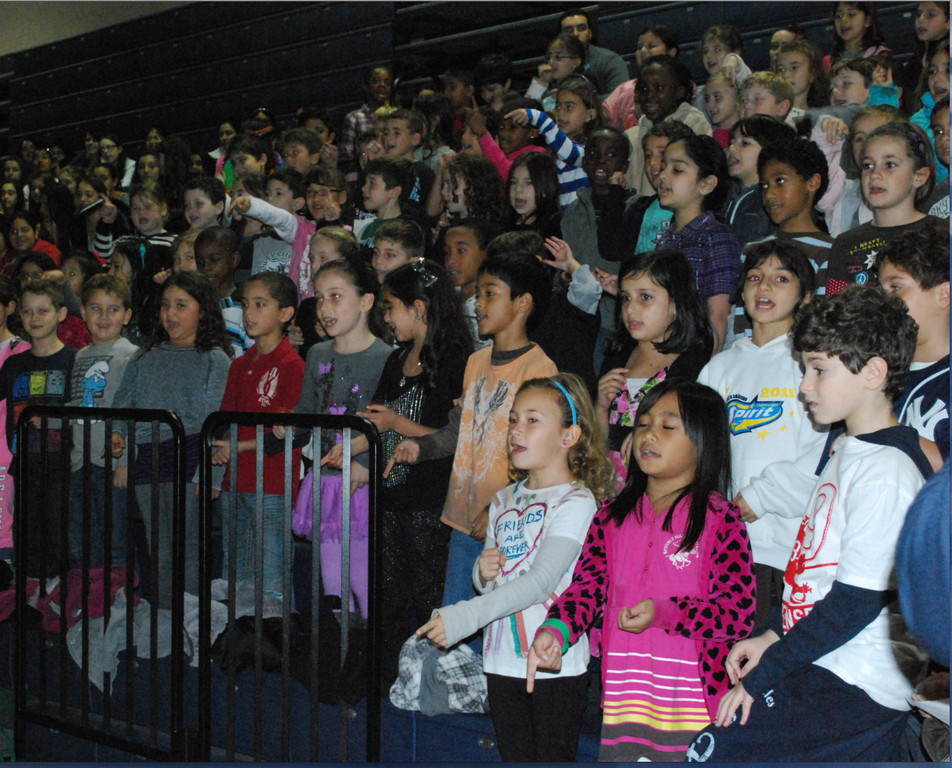 Ogden Elementary School second-graders sang “We Can Change the World” and their performance garnered a great amount of applause from the audience.
Jeff Bessen/Herald 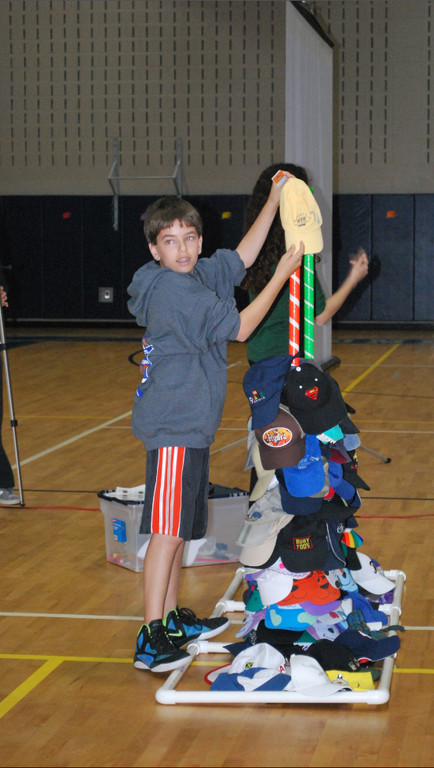 Woodmere Middle School eighth-grader Mason Fliesel placed a hat on a pole during the “Stack the Caps” assembly.
Jeff Bessen/Herald
Previous Next
By JEFF BESSEN

Wearing ball caps has been in fashion for more than two decades, but “Stack the Caps” has only been done for the past four years, however, with the amount of enthusiasm generated for the event at Woodmere Middle School on Nov. 16, it could have staying power.

“Stack the Caps” was begun at Camp Starlight in Starlight, Pa., in 2008 to honor the memory of teenager Brielle Namer, who died from a very rare form of cancer. Camp officials organized an annual collection of hats that were then distributed to children who lost their hair due to cancer.

Hewlett High School sophomore Mollie Falk, who has attended Camp Starlight, brought the idea back to her health teacher Allison Sitzman, who was looking for a unique idea that would make a difference in people’s lives.

“All of the things flowed so naturally,” said Sitzman, who noted how Falk suggested “Stack the Caps” and it came together with help from Ogden Elementary School teacher AnnMarie Castrogiovanni.

“The kids decorated the caps Ogden and brought them over,” Castrogiovanni said. Students also had an opportunity to adorn their hats during the assembly.

Sitzman and Castrogiovanni got acquainted due to the death of 5-year-old Jack Perlungher, as both teachers knew the family of the boy who died from cancer last year, and inspired Castrogiovanni to come up with the “Good Deeds” program that her second-graders conducted last school year which won them national recognition.

“That’s the good, that this little boy Jack brought people together,” said Sitzman, who emceed three different Wednesday assemblies for the sixth-, seventh- and eighth-graders. Ogden second-graders joined the eight-graders in the final assembly of the day.

“This is a fun thing to be involved,” said Falk, a camper at Camp Starlight for the past seven summers, who had met Namer. “She was a very good role model and a good person to everyone.”

Camp Starlight has stacked more than 400 feet of caps in the past four summers, and its goal is to stack more than a mile of hats, Hewlett-Woodmere students added to that as students stacked the caps on three poles and eighth-grade Wellness Committee members counted up to approximately 330 hats.

“We are hoping to make it an annual event,” said Falk, who will return to Camp Starlight next summer as a counselor.