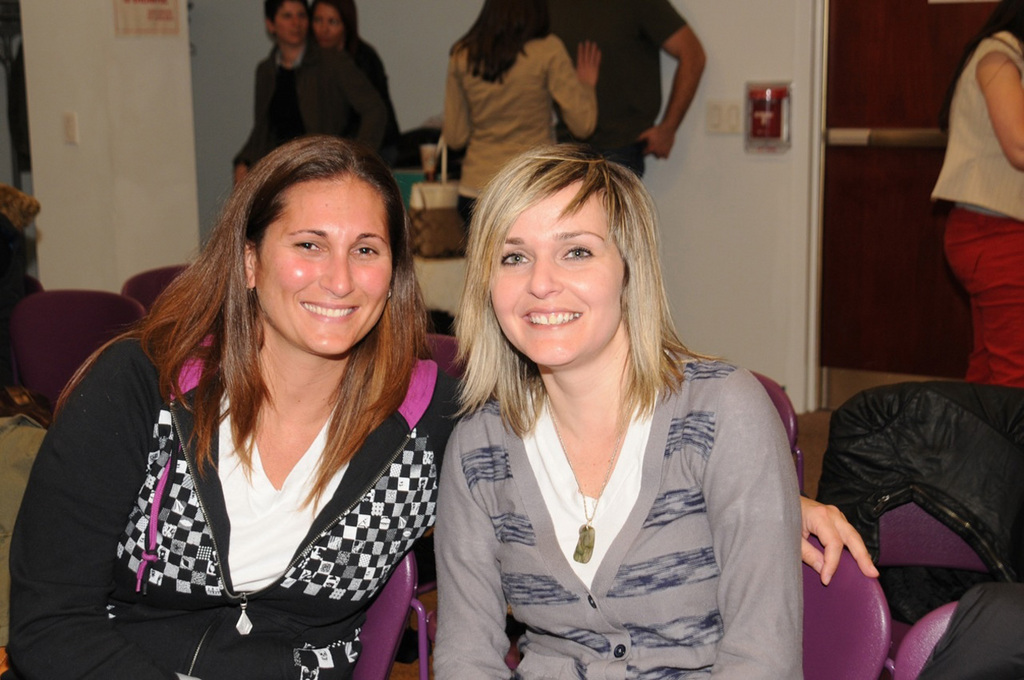 Becky Melzer and Claudine DeMarrais were among more than 70 people who turned out for the first meeting of the LGBT Center of Long Beach on March 24 at the library.
Penny Frondelli/Herald 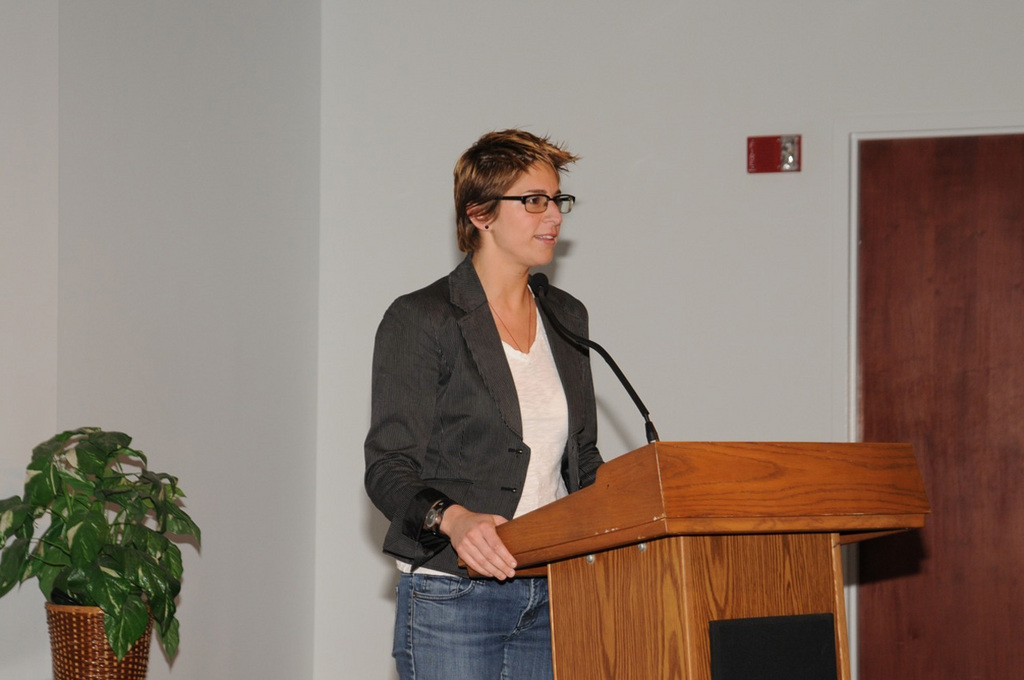 Julia Hammer, founder of the LGBT Center of Long Beach, said she hopes to create a safe and welcoming place for the gay community on the barrier island.
Penny Frondelli/Herald
Previous Next
Ariella Monti

As she prepared for the first meeting of the LGBT (Lesbian Gay Bisexual and Transgender) Center of Long Beach, founder Julia Hammer hoped that at least 20 people would walk through the door for her organization’s inaugural meeting.

Hammer was pleasantly surprised. “I know that we have 75 chairs set up and pretty much all are full,” she said of the meeting at the Long Beach Public Library on March 24. “The first meeting can only happen once, and the turnout has been amazing.”

The room was decorated with welcome signs and balloons, and attendees socialized while indulging in pizza, soda and other refreshments. The meeting was highlighted by speeches by Hammer, City Manager Charles Theofan and David Marans, Hammer’s friend and a gay activist.

“The idea and inspiration for the center was born of the realization that for whatever reason, there was still no real place for our community, within the great community of Long Beach, to network, to find resources pertinent to us or just be ourselves fully, without shame,” said Hammer in her opening speech.

Hammer, a lesbian and a Long Beach native, found a supportive and visible gay community while she attended college at SUNY New Paltz, but when she returned, “Long Beach looked a bit different, but one thing remained the same,” she told the crowd. “There still seemed to be a silencer over the LGBT community.”

While the center was a dream that began four years ago, the catalyst for its opening was a project for a class she is taking with Landmark Education, an organization that offers seminars, workshops and courses for personal and professional development. The center’s first meeting was her final project.

“I think if anything, this meeting will help develop a gay community in Long Beach because I don’t really know that there is an actual community,” said Kim Cosenza.

At 30, Cosenza said much has changed since she was in high school, when no one was out, and the center will provide a place to feel welcome and socialize with other people.

Brad Mortimer, a resident of Long Beach for four years, said he looks forward to having a safe, welcoming place in the community. “I think it’s a good way to bring everyone together in a town that has never had anything like this before,” said the 21-year-old Mortimer, who grew up in Atlanta. He expressed hope for a positive response from the gay and straight community.

Asked how he felt about a center for the gay community in Long Beach, 17-year-old Jeffrey Eason said, “It’s actually really good. I think Long Beach is due for it.” Eason is president of the Gay Straight Alliance at Long Beach High School and is already involved in other organizations for gay youth in Bellmore and Bayshore. While the school now has a place for gay youth, Eason admitted that sometimes he still feels discriminated against.

“I just wish it was easier to go without people looking at you every day like you’re a monster,” he said, adding that he plans to be a part of the center every step of the way.

The center’s opening also attracted some veterans of the gay rights movement, like 74-year-old Richard Ryan, who was part of the Gay Activist Alliance in the 1970s. Ryan remembers a time when he felt he was the only gay person in the world, and was beaten in the streets for his sexuality. “To me this is beyond my belief,” said Ryan, who moved to Long Beach 12 years ago. “To live in Long Beach, in what I consider Straightville, and to be at an event like this, with all these people, is kind of overwhelming because I never thought I would be here.”

Going forward, Hammer said, she would like to plan more meetings and social events, and eventually start fundraisers to turn the group into a nonprofit organization and find a building to house the center.

“I’m getting older now and I’m living here again and I want people to have what I didn’t,” said Hammer. “And I want us to have what we didn’t because I’m still young and anyone that’s alive, anyone whose heart is pumping, welcome.”

For more information on the center, visit its Facebook group, LGBT Center of Long Beach.