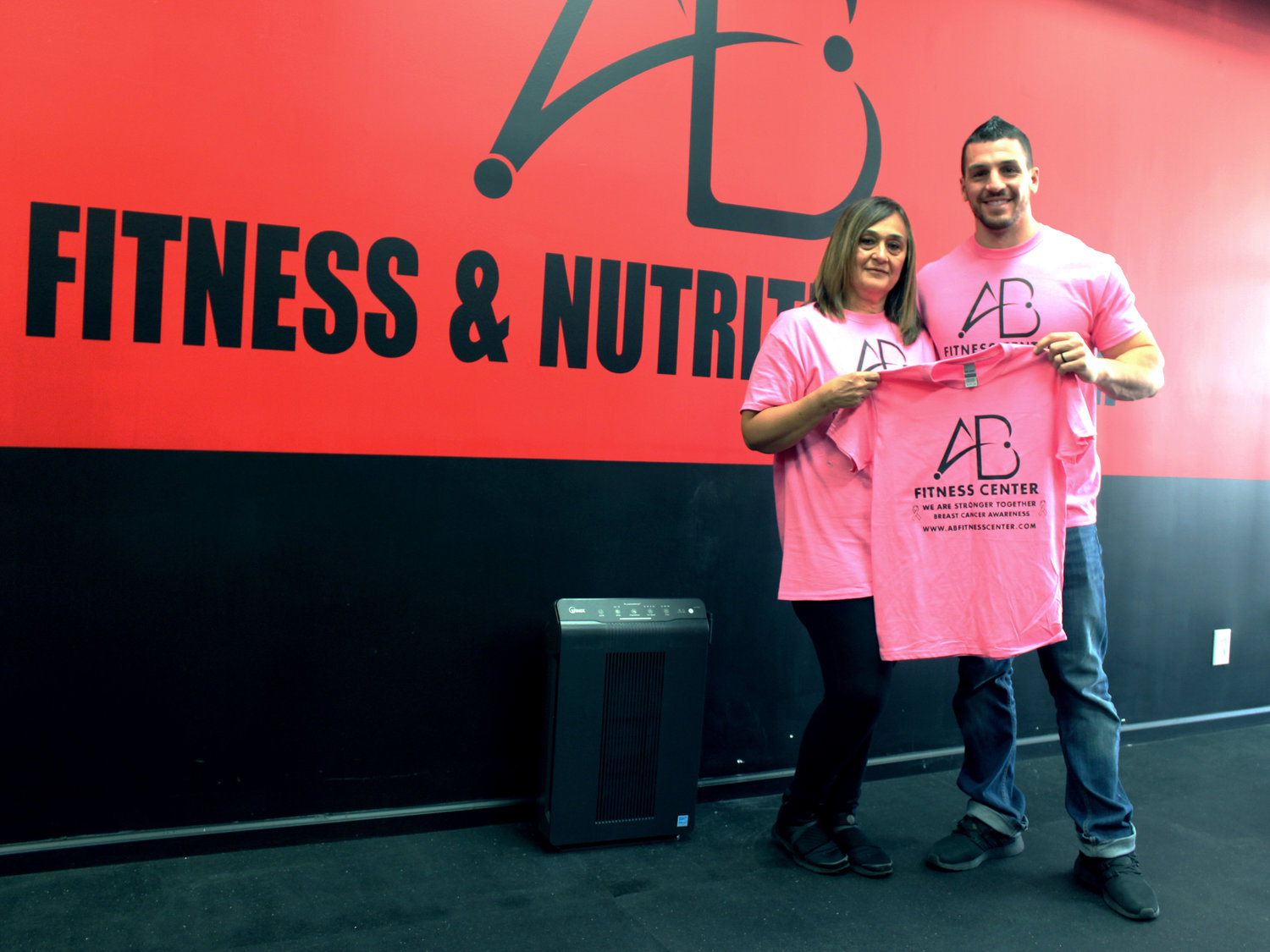 Elisa Bevilacqua is celebrating 10 years of being breast cancer-free. Her son, Anthony, is hosting a fundraiser for Susan G. Komen, the largest breast cancer research organization in the country.
BRIAN STIEGLITZ/HERALD
By Brian Stieglitz

Elisa Bevilacqua rarely missed a day of work from July 2009 to March 2010. She had worked in the office of what was then known as South Shore Radiology of Howard Beach for nearly 13 years. She was a single mother of three children, ages 23, 20 and 17. And she was battling Stage 2 breast cancer.

“She said work kept her going because it kept her mind busy,” said Bevilacqua’s son, Anthony, now 33, who lives in East Meadow. “I think that’s a good point for a lot of people to realize . . . The more you take action and keep your mind occupied, the better off you’ll be, and I think that shows, and this is what makes her strong.”

“It was a very difficult time,” said his mother, trying to hold back tears. “But I had the support of my kids.”

Bevilacqua, 58, now lives in Wantagh, and still works in Howard Beach, at what is now known as Prohealth Radiology. Her daughter Staci is a teacher, Anthony owns AB Fitness Center, which has locations in East Meadow and Massapequa, and her daughter Lauren works there as a personal trainer. And as of March, Bevilacqua had been cancer-free for 10 years.

To honor the milestone, Anthony is hosting a fundraiser for Susan G. Komen, the largest breast cancer research organization in the country. He had planned to hold an in-person group workout session, similar to one he organized for the American Heart Association in February, before the coronavirus pandemic spread widely in the U.S. But, he said, such an event would now pose logistical challenges given Covid-19 protocols, and the number of people who could participate would be limited.

Instead, he is selling pink AB Fitness Center shirts and donating the proceeds to Komen. Since it was founded in 1982, the Dallas-based nonprofit has funded over $988 million in research and $2.2 billion in education, screening and treatment, and helped millions of people in more than 60 countries.

The Centers for Disease Control and Prevention recommends that women between 50 and 74 get a mammogram to screen for breast cancer every two years. Screening has reduced the number of women diagnosed with late-stage breast cancer by 29 percent.

“If it weren’t for early prevention, my mom might not be here,” Anthony said.

Elisa found what she described as “a little pimple” on her breast in July 2009, and was going to ignore it, but, she said, “Something inside me told me to check it out.”

The following month, she was diagnosed with Stage 2 breast cancer. She underwent a double mastectomy, but found out that the cancer had spread to her lymph nodes, meaning that surgery couldn’t remove it entirely.

That September, she began five months of chemotherapy. “That was the tough part,” she said. Anthony recalled that he would take her to appointments, each an hour long, and know that she would be sick to her stomach once they got home.

When her hair began to fall out, he cut the rest of it off for her. “It was one of those moments that kind of stick with you,” he said.

When his mother was finished with chemotherapy, she went through six weeks of radiation. “It was definitely a lot easier,” she said. Since then, there has been no further sign of cancer in her lymph nodes. Now she sees her doctors regularly, and has a sonogram once a year.

Asked what advice she would give to others battling breast cancer, she said, “Just be strong and hang in there, and it will all work out in the end.”

Don’t look at it as a death sentence, Anthony added, “and don’t go down without a fight.”

To find out more about Bevilacqua's journey, visit https://www.youtube.com/watch?v=YIlxo1bSgtI. To buy a shirt for Anthony’s fundraiser, go to www.abfitnesstrainer.com/tshirt.