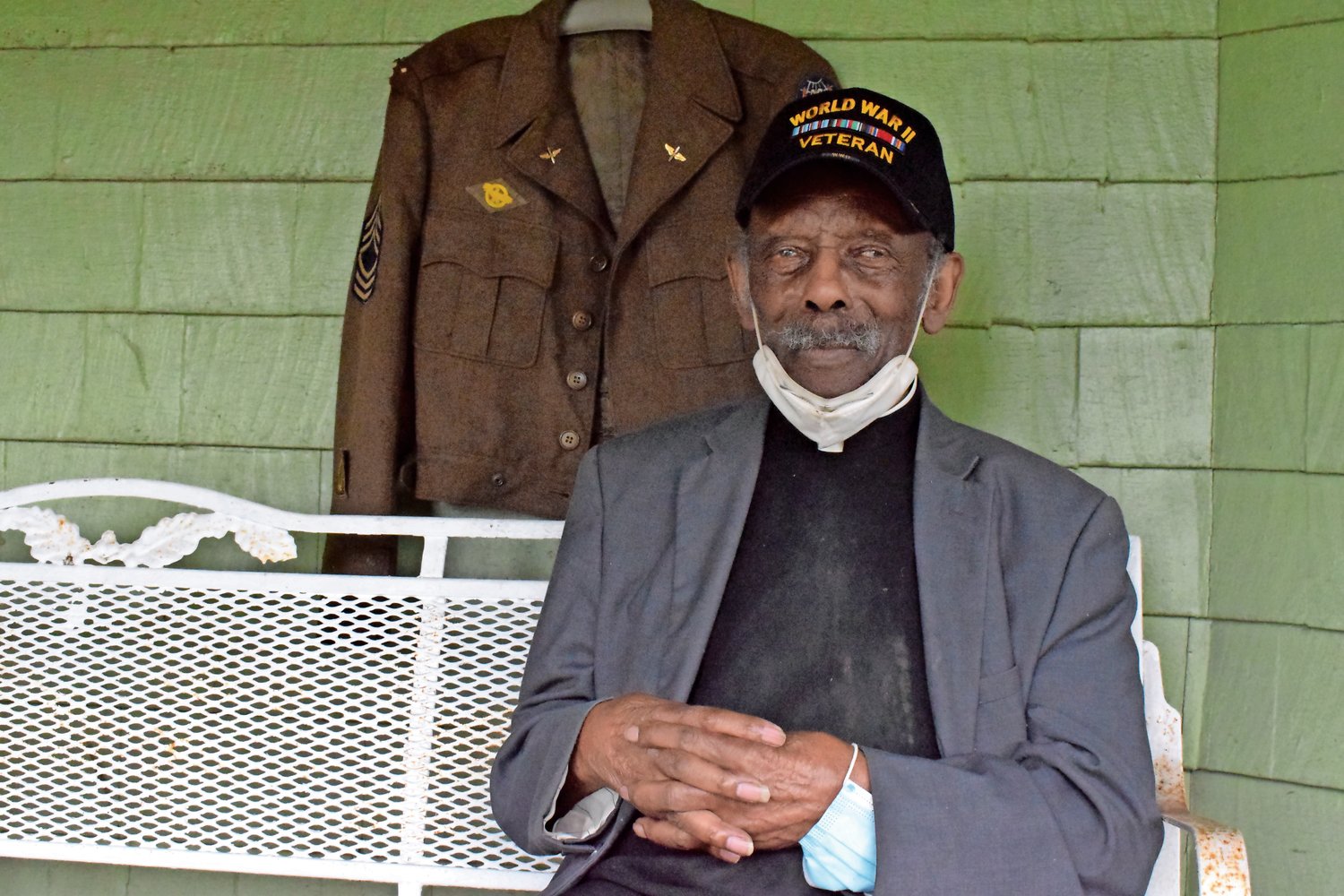 Our country recently lost another hero from our greatest generation, Reverend Dr. Eugene Purvis. Reverend Purvis served our country during World War II, stationed in Saipan, after being drafted at the age of 18. We have recently lost so many of our heroes who served in World War II, and all will be greatly missed. There is so much to share regarding our Reverend and I was fortunate to be a very small part of a group, which worked to address his needs in his final months. The leaders of these efforts were Bill Tetreault and Doug Green, who referred to the group as the Reverend’s “Circle of Support.”

The service Reverend Purvis provided extended far beyond his time in the military.   Reverend Purvis also served his community as a pastor, co-proprietor of a Montessori school, and community leader. In his final months, he worked to address issues related to the family home to ensure his wife would be provided for and his children would inherit a valuable asset. While our “Circle of Support” worked to address his needs, it was always clear he allowed us in to assist in building a better future for his family, not for himself personally.

During our time together, Reverend Purvis reflected on times in his life; his stories were always focused on images of humility, fraternity, and compassion. The constant strand to the life of Reverend Purvis was always doing the right thing in all circumstances. His war stories revolved around being part of a group, explaining how this approach saved his life during an air raid. I never heard a story from the Reverend about the war which did not have a message of humanity. His focus was on the challenge and what service he could provide to his fellow soldiers and retaining his humanity. His survival led to him being assigned as the cook after an air raid which killed many of his unit, including the former cook. He quickly learned how to cook as that was what his unit needed.

The local population in Saipan is Asian, and as the United States was at war with Japan, the military unfairly conflated the local population with the enemy. Reverend Purvis did not hold that view, as he was always cognizant of human suffering. The local citizens were a starving population of people in need, which he was compelled to help. Reverend Purvis provided food to these local citizens, instead of discarding these unwanted food items as instructed. This brave act of humanity could have led to a reprimand, but he took this action despite the possible consequences.   It was just the right thing to do.

Once home in South Carolina, Reverend Purvis faced forms of systemic and institutional racism as he took work completing cleaning and maintenance. He soon discovered that a white person, hired at the same time with the same qualifications, was paid $20 more than him per week. As the situation became clear, his path then moved on for a better opportunity with a fairer chance to succeed. He was able to get a position as a Pullman Porter, via an opportunity secured through his uncle in New York. The racism of others never changed his view of people; their hate would not deter him. South Carolina’s loss was New York’s gain, as his path forward would have such a profound impact on the community in Freeport and the surrounding areas.

Reverend Purvis met his future wife when working in the optometry field. When he told the story of meeting his wife Sylvia, he was at his most engaging. His eyes became wide and his voice rose as he spoke about the true love of his life. It was clear that Dr. Sylvia Purvis was the key component of his last fifty-plus years, and the catalyst for much of his life’s work moving forward. After a dedicated courtship by an enamored Reverend Purvis, they were married and had three children. The rest of the life story of Reverend Purvis is inseparable from the relationship with his wife.

Over the course of their life together, Reverend Purvis worked as an optician, completed a Ph.D. in Theology, became a pastor, and then ran a Montessori school with his wife. He was a respected and loved member of the Freeport community for decades. All that he and his wife gave to their country and community could never be adequately repaid. There was so much he was due in life, but, despite our best efforts, he was not able to be recognized due to multi-layered forms of inequality. My thoughts go to the struggle to secure veteran’s benefits earned so many decades ago, but never received.

How a 97-year-old veteran’s pleas to obtain earned benefits could be entangled in so much red tape is beyond my understanding. Admittedly, the outreach could have been sooner, and there were likely mistakes made when applications were submitted. But the generation of Reverend Purvis was accustomed to being the one helping, not the person seeking or receiving help. This is well known, and governmental agencies should be well versed in this culture of independence of the greatest generation. To have a World War II veteran reach out to Veteran’s Affairs in 2020 should have been an opportunity for our government to repay a debt long overdue to a great man. How the failure to address his needs could happen must be evaluated and corrected for those heroes still in need.

There were many dedicated individuals and organizations that worked collectively to make the time the Purvis’ had together as comfortable as possible; members of Freeport Cares, The United Way, AME Zion Church, A Promise of Hope, The Salvation Army, Freeport ROTC, and Equity 4 LI Youth, to name only some of the contributors. It is safe to say we all received so much more in return by being able to spend time with Reverend Dr. Purvis and Mrs. Dr. Purvis. Their example of humanity is of great value to all the generations that will follow. We have a long way to go in our troubled times to honor their standard set, but we are all a little closer to that goal from our connection to them both. Reverend Purvis, you will be missed. It was an honor to have been able to spend some time in your presence.

We still have work to do to complete the wishes of Reverend Dr. Purvis. His wife still has needs for her care, and the family home still has issues to address. Please help us fulfill the wishes of our hero and support our continuing cause. Donations are requested and we have a Go-Fund-Me page established. All proceeds go directly to the care of Mrs. Dr. Purvis and the repair of their family home. Here is a link to the page on our website, along with more information on his honorable life: https://www.equity4liyouth.org/hero-s-page.