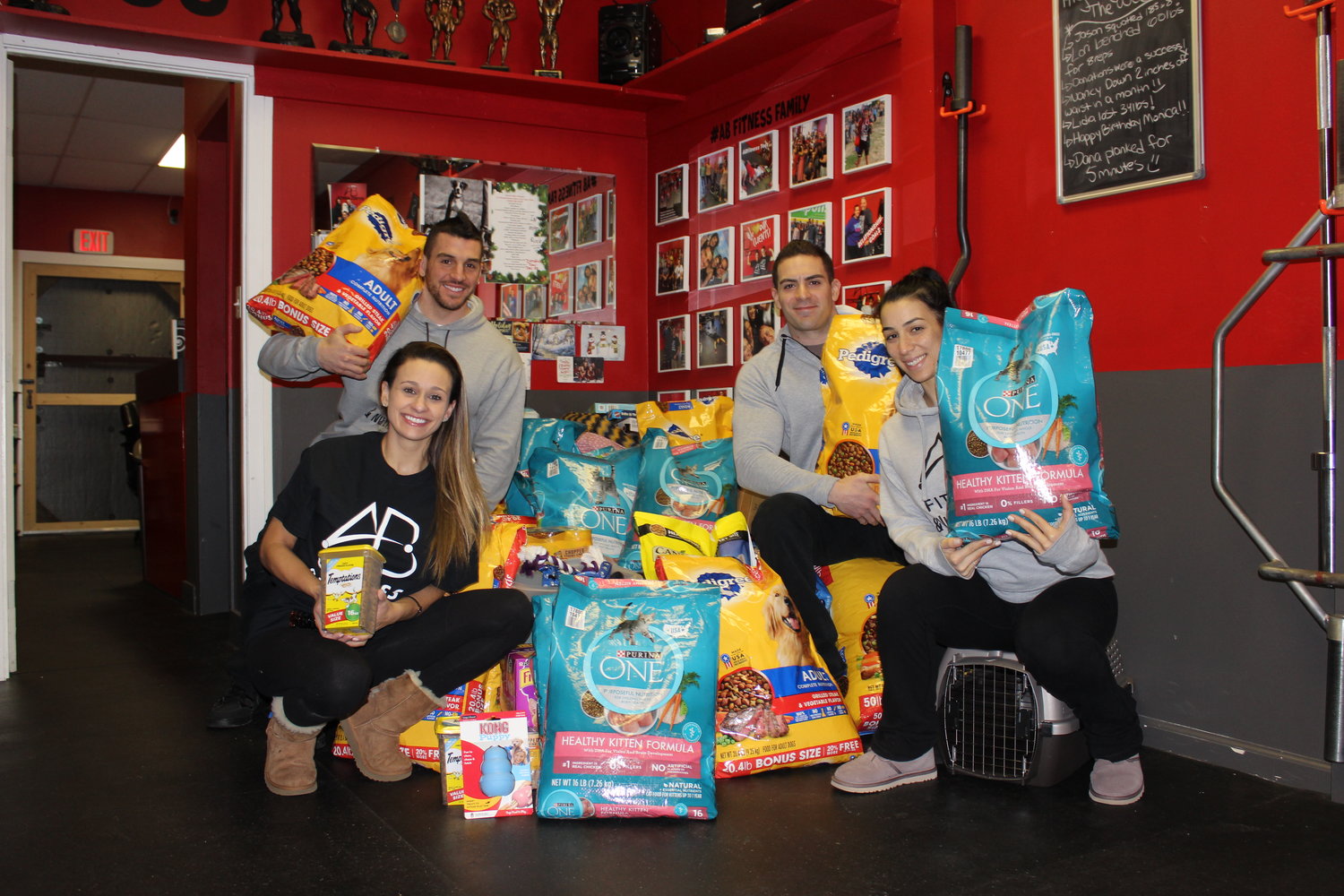 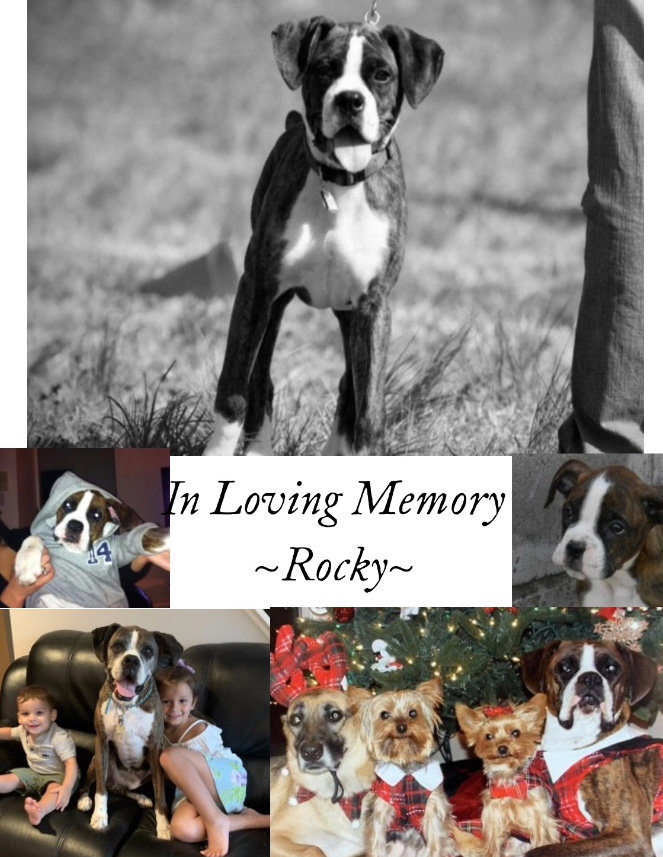 Jennifer created a collage of photos of their dog, Rocky, who died at age 9 and inspired the supplies drive. Featured in the collage are the Bevilacquas’ children, Anthony Jr., 2, bottom left, and Gabriella, 6, and their other dogs, a German shepherd named Sadie and two Yorkshire terriers, Bella and Romeo.
COURTESY ANTHONY BEVILACQUA 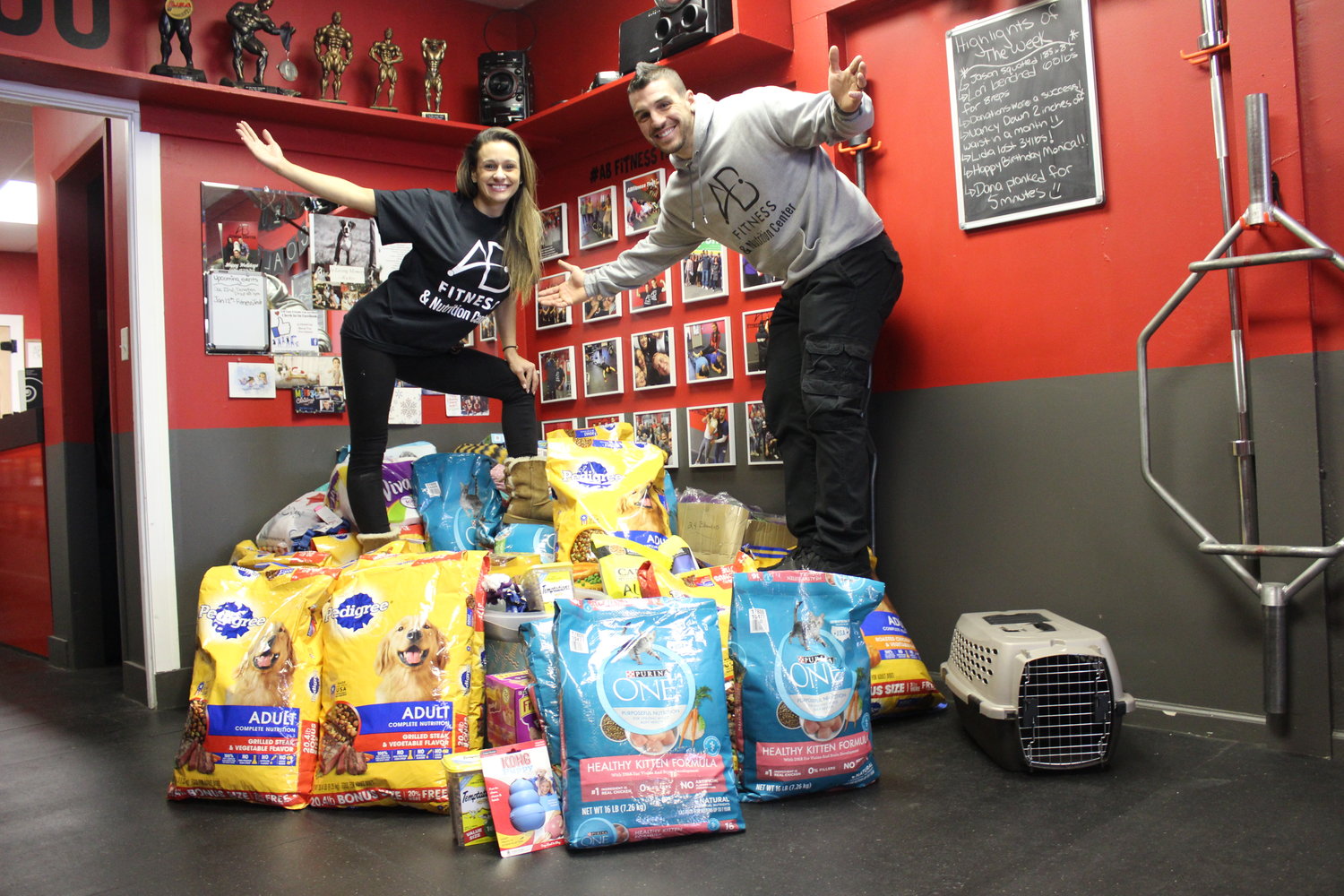 Jennifer and anthony Bevilacqua filled three vans with pet supplies that they donated to animal shelters around Nassau County on Dec. 23.
BRIAN STIEGLITZ/HERALD
Previous Next
By Brian Stieglitz

In the weeks leading up to Christmas and Hanukkah, Anthony Bevilacqua collected a small mountain of pet supplies at his business, AB Fitness & Nutrition Center, on East Meadow Avenue. On Dec. 23, he, his employees and client volunteers dropped the donations off at animal shelters across Nassau County.

Among them were bags of food and treats, leashes, collars, fleece blankets, baby bottles, toys, beds and carriers for dogs and cats. Another pile of supplies had accumulated in Bevilacqua’s East Meadow home and, he said with a laugh, “I feel like I live in Petco.”

His dog, Rocky, died a month ago, at age 9, after having cancer for months. The following week, Anthony and his wife, Jennifer, visited the Town of Hempstead Animal Shelter, in Wantagh, to look into adopting another dog.

Seeing the animals in cages and hearing about how long they had been there was disheartening to Bevilacqua. “It’s so sad,” he said. “Imagine being a dog and spending five years of your life stuck there.”

When they left, Jennifer asked whether the shelter needed any supplies or accepted donations. She left with a “huge list” of supplies the facility was seeking, she said.

The Bevilacquas created a wish list on Amazon, and Jennifer made a collage featuring photos of Rocky, a boxer, and their children, Gabriella, 6, and Anthony Jr., 2. The couple shared the collage and wish list with their clients, and asked if anyone would be willing to donate. “I can’t believe the outpouring we’ve had,” Anthony said. “It’s incredible how many lives my dog is touching.”

He estimated that the mound of supplies in his gym weighed 700 pounds. Every day, he said, clients brought donations to their scheduled training sessions, and two days before Christmas, he and they loaded the haul into three vans and distributed it at the town animal shelter and Last Hope Inc. Animal Rescue & Rehabilitation, both in Wantagh, and Bobbi and the Strays animal shelter in Freeport.

Anthony, 32, was a personal trainer for 15 years. He began working with clients in his East Meadow garage six years ago before opening a storefront gym on East Meadow Avenue with Pete Khatcherian, 29, of Valley Stream, and his sister Laura, 25, of Wantagh.

The three have attracted a dependable pool of clients who were happy to take part in Bevilacqua’s charitable endeavor, he said, adding, “It’s amazing how one little idea grew into this.”

He and Jennifer have long been dog lovers, and they also have a German shepherd named Sadie and two Yorkshire terriers named Bella and Romeo. Their animal shelter donation, Anthony said, helped them cope with Rocky’s loss.

“Rocky was awesome,” he said. “He was this lovable couch potato.”

When he was healthy, Rocky donated blood at the New York Blood Center in Massapequa. He remained calm through the entire procedure, Jennifer recalled, and licked the nurse’s face the entire time. “He was just the sweetest dog,” she said.

The couple found out that Rocky’s blood donation was used to save a dog’s life. “And now,” Anthony said before the Dec. 23 giveaway began, gesturing to the pile of donations in his gym, “we’re going to continue to save lives.”