Art was her ‘healing drug’ 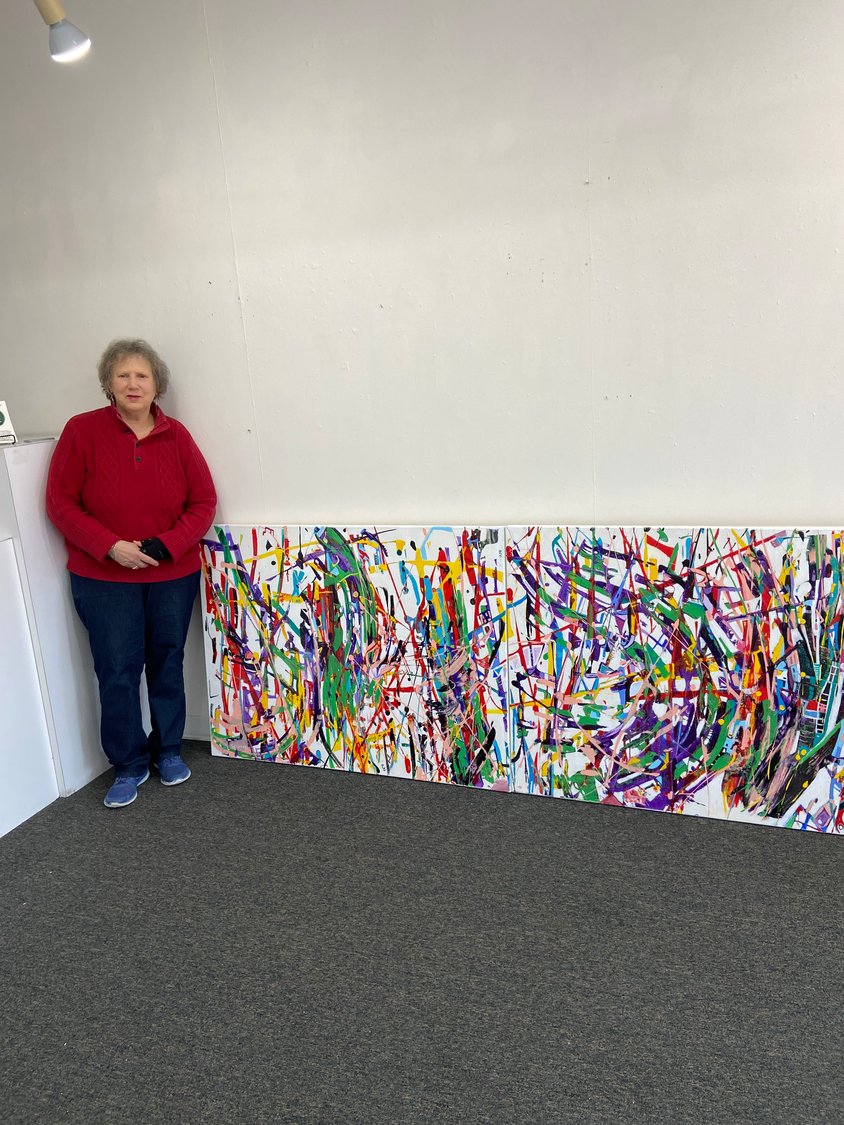 Karen Kirshner is preparing for two upcoming solo shows, and this painting, titled “Faces in the Crowd,” is the biggest one she has done.
Mallory Wilson/Herald 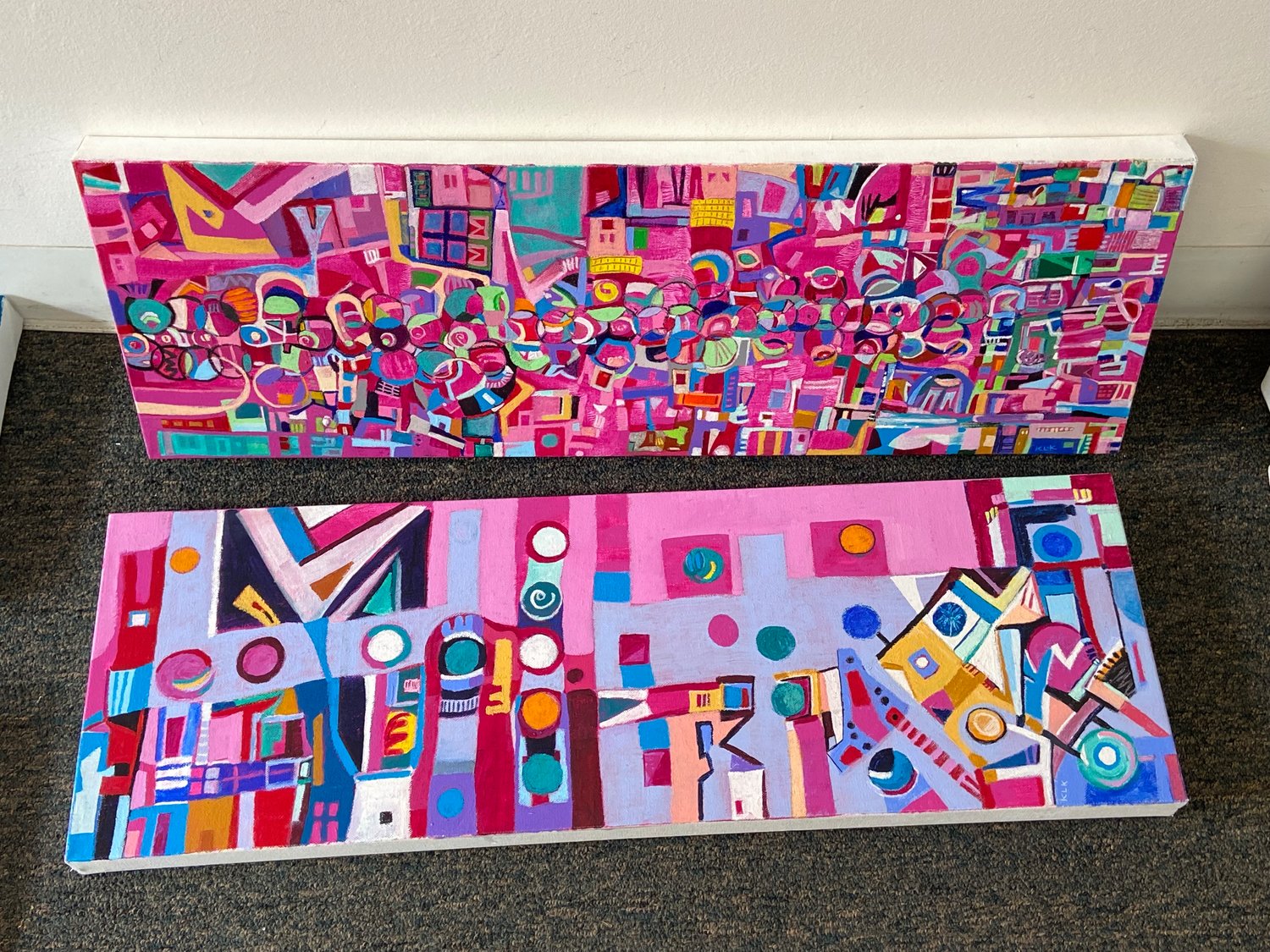 These two paintings, ”In the Pink,” top, and “Broadway Lights,” are other examples of her style.
Mallory Wilson/Herald
Previous Next

You want people to see what you see in it.”
Karen Kirshner, Artist
Want to see her art?

At first glance, Karen Kirshner’s paintings may look like little more than a mix of colors and patterns on canvas. But keep staring, and you may find yourself feeling a range of emotions and noticing figures and images among the planned craziness of the abstract art.

After her art started taking off in 2018, winning awards and gaining her recognition, she never looked back. Now the artist, 64, is preparing for two upcoming solo shows: Onward & Upward, at the B.J. Spoke Gallery, and Spotlight Artist, at the Paramount Theatre, both in Huntington.

“Karen is a longtime member of the gallery, and we enjoy having her with us,” said Katherine Criss, president of the B.J. Spoke Gallery. “I personally believe she has a very unique, well thought out, happy look to her paintings.”

Kirshner has been painting in her home studio for a while in preparation for these shows. The collection will feature 15 to 17 pieces of varying sizes. It includes the biggest piece she has done, 96 inches wide and 38 inches high. “It’s like a mural, and it’s composed of two canvases that are latched together,” she explained. “It was an exciting thing to do.”

She said that she has always been into abstract art, even though art wasn’t initially her career path of choice. “My mother was the artist and the art teacher, and my father was the writer or the journalist and the advertising man and the lawyer, and I wanted to be like my father,” Kirshner said. “I always was a writer.  I always wanted to be a famous American author.”

She was caught doodling abstracts as a 14-year-old in English class at East Meadow High School. At first she thought she was in trouble, but instead the teacher introduced her to an advanced art program. She focused on work for a period after that, but stopped to focus on a career in marketing and business. “My mother wanted me to pursue art and she was pressuring me to be an art major and switch schools,” she said.  “I was afraid of being poor.”

When her mother Betty, an artist who specialized in humanist expression, was diagnosed with rheumatoid arthritis in the early 2000’s, Kirshner became her primary caregiver and that made her feel passion for art once more. When Betty died, Kirshner threw herself full force into art in 2014. “It became a passion and a need,” she said. “It was my healing drug.”

An artist’s goal is to have her work recognized and appreciated, Kirshner said. She feels uplifted and happy when she’s painting and that’s what she wants people to feel through her art. “You want people to see what you see in it,” she said. “People can say it’s an ego thing but it’s not because it’s your soul that you’re putting out there.”

Her work is instantly recognizable, said Patrick L., the president of the Sunflower Fine Art Gallery in West Hempstead, where Kirshner has about half a dozen pieces hanging on a wall in the gallery. “Her work is so captivating and it draws people in,” Patrick said. “She’s a very unique and inventive painter.”

Her solo show Onward & Upward is meant to emit happy and uplifting feelings, Kirshner said. “Because of the doldrums of Covid-19 I wanted my paintings to be joyful,” she said. “I think people will be feeling good when they look at my work.”