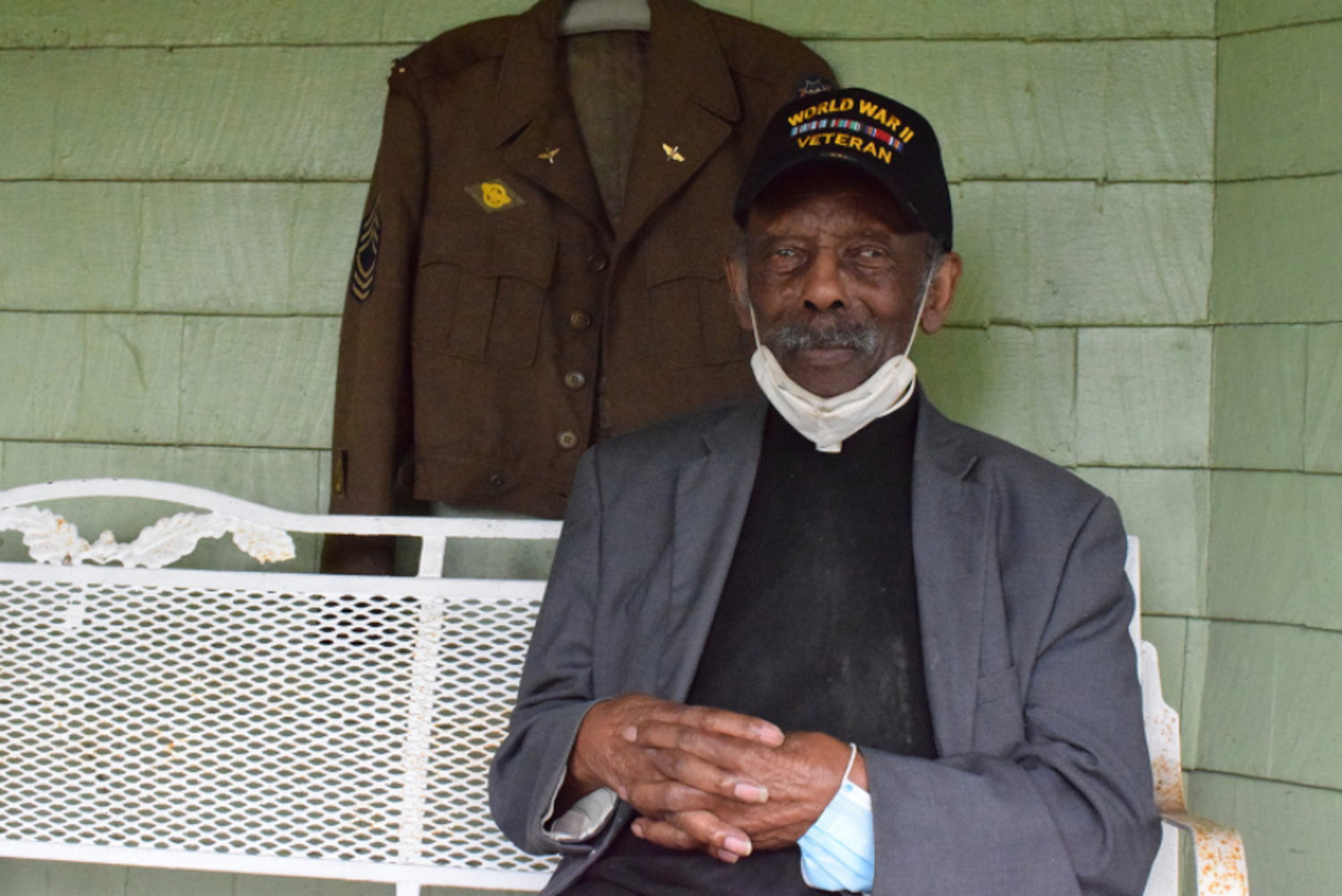 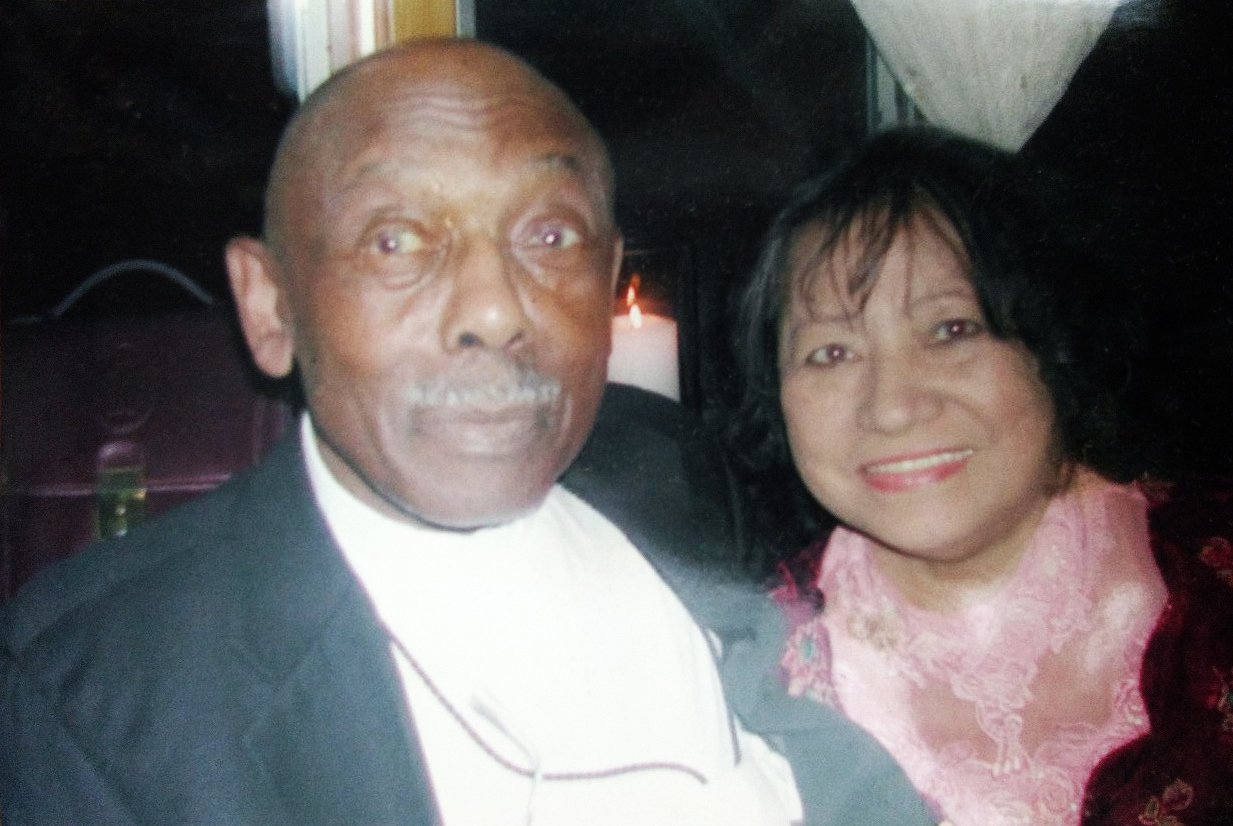 Purvis and his wife Sylvia are active in the Freeport community, including founding the Children’s World Montessori School, a local, private montessori school for students in grades Pre-K through three.
COURTESY PROMISE OF HOPE, INC.
Previous Next
By Brian Stieglitz

Purvis, who described himself as a “simple country boy,” was born in South Carolina in 1923.

He joined the U.S. Military right before his 20th birthday, where he was enlisted into the 435th Aviation Squadron, a unit of African American soldiers within the 20th Army Air Corps. His unit served on the Pacific front on the island of Saipan, where they were under constant fire from Japanese bomber planes.

“My motto was always to be obedient,” Purvis said, explaining that his commanding officer would notice that Japanese bombers were approaching and shout “Get in the foxhole!”

This happened so many times that, eventually, Purvis was the only solider to quickly abide by the order. And it saved his life. He was the sole survivor in his regiment after a Japanese bomber attack.

Although Purvis and his fellow black soldiers faced discrimination during his time in the military, he said he never held any hatred towards anyone. He said that it was his faith in God, love for others and commitment to following the rules that led him to live a long and happy life despite any of the hardships he faced.

“I never got angry at anybody,” Purvis said. “When you live long enough, you find the truths in life… and I do feel sorry for those who hate others.”

After the war, Purvis moved to New York in 1946, and a few years later, he settled down in Freeport with his wife, Dr. Sylvia Purvis.

The couple has spent their lives in service to others, including founding the Children’s World Montessori School, a local, private montessori school for students in grades Pre-K through three.

Purvis is also an active member of Freeport Cares, a community group that works with the school district and village to promote programs and activities for Freeport families.

“He’s just such a positive person and everyone wants to make sure he’s okay,” said Christine Waters, who is also active in Freeport Cares and taught at Barnum Woods Elementary School in the East Meadow School District for 25 years, ending in 2017. She is now co-president of the East Meadow Association for Retired Teachers and is the education chair of the local branch of the NAACP.

As Purvis grew older, Waters said, she and other members of Freeport Cares began taking turns caring for him and his wife. When the coronavirus pandemic hit, Waters said, they delivered meals to their home. During those trips, they saw the disrepair and poor conditions of the Purvis’s home and wanted to improve the couple’s quality of life.

At the same time, Patrick Pizzo, East Meadow’s assistant superintendent for business and finance, invited Waters to a task force he was forming called the Economic Opportunity for All Youth Committee.

One of the group’s missions is to help young people find employment, mentorship and apprenticeship opportunities. Waters said that she thought of connecting the committee with Purvis so that they could find young people to help him and his wife.

Pizzo visited Purvis and enlisted the help of the committee, which connected Purvis to the Promise of Hope Foundation. The Copiague-based nonprofit assists families in need by providing them with financial and emotional support.

They installed a handicap-accessible bathroom on the first floor of the Purvis home and fixed its plumbing issues. But the Purvis’s are still in need of a daily health care aid. And Dr. Sylvia Purvis is under hospital care awaiting a possible cancer diagnosis.

“We want to make sure that whatever years they have left on this Earth, that they’re comfortable and know that they’re loved,” Waters said.

Ronny Reyes contributed to this story.