With gatherings limited to 50, businesses try to keep moving 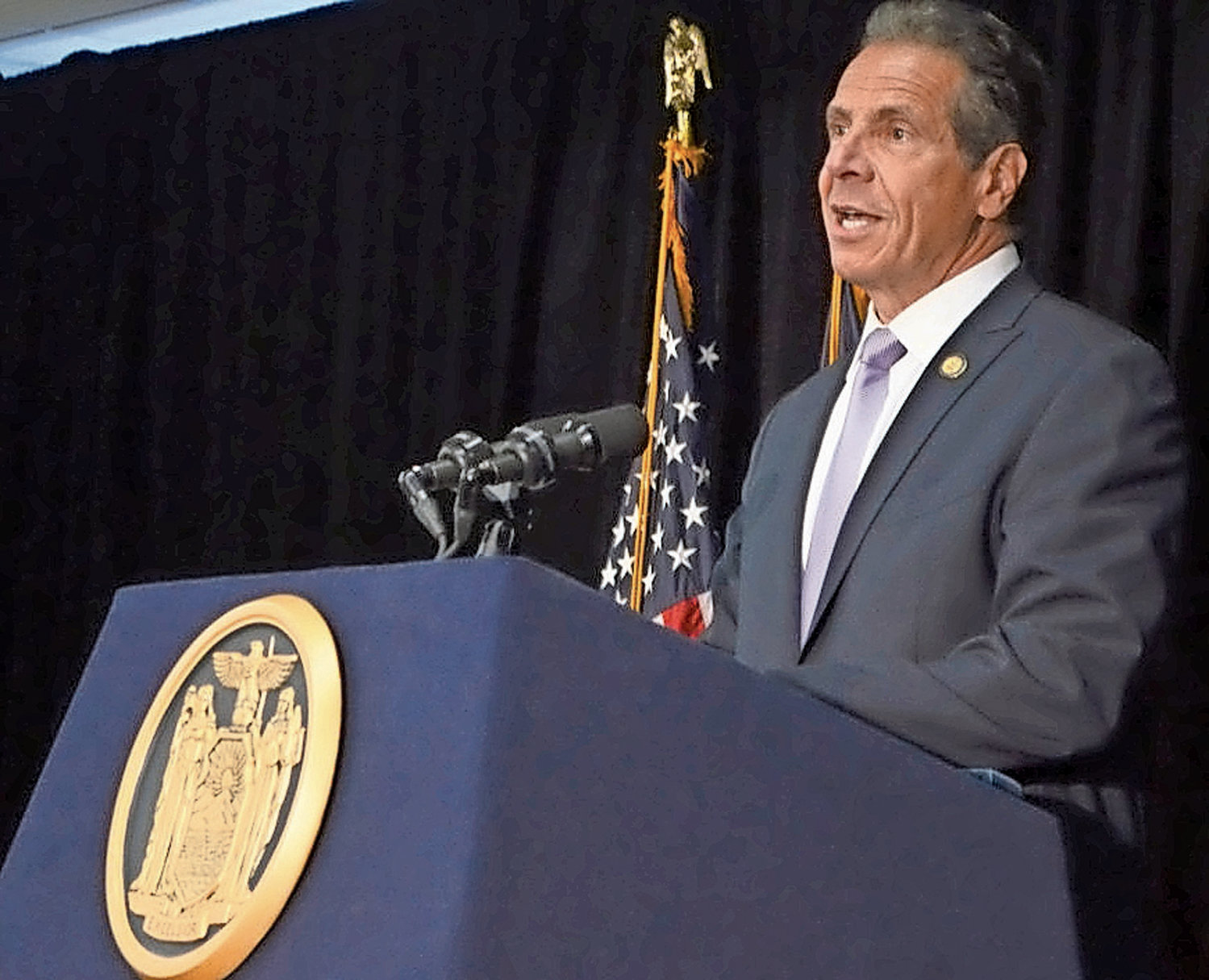 Gov. Andrew Cuomo has banned gatherings of 50 or more people because of the coronavirus.
HERALD FILE PHOTO 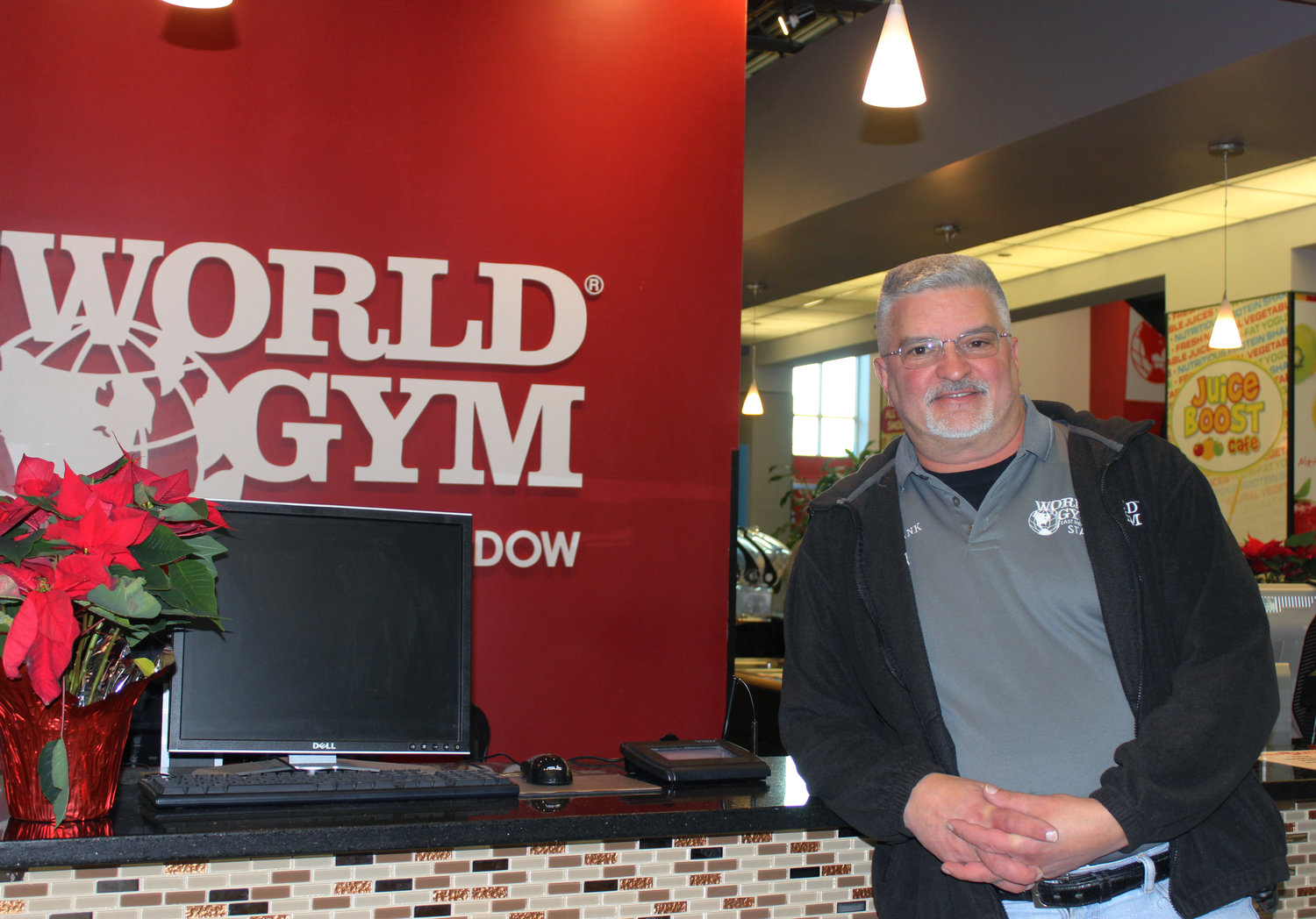 Frank Camarano, board chairman of the East Meadow Chamber of Commerce, has been reaching out to settle the nerves of local business owners who had planned to stay open before hearing Cuomo’s announcement.
HERALD FILE PHOTO
Previous Next
By Brian Stieglitz and Scott Brinton

Many business owners in East Meadow were mopping floors, wiping down countertops and disinfecting equipment — all with the intent of staying open and protecting patrons — on Monday morning, when they found out they would have to close until further notice to stem the tide of the coronavirus.

New York, New Jersey and Connecticut banned gatherings of more than 50 people, effective that night at 8 p.m. And restaurants, gyms, movie theaters and casinos were ordered to close.

Gov. Andrew Cuomo tweeted the news Monday morning, and followed up with a news conference.

The governor said the state was acting aggressively to slow the increase in coronavirus cases to ensure that hospitals and medical centers across the state are not overwhelmed. New York had the most COVID-19 cases of any state in the nation, with nearly 1,000 as of press time on Tuesday. As happened in China, South Korea and parts of Western Europe, it was only a matter of time, the governor predicted, before cases here rose exponentially.

“Up until five minutes ago, we were sanitizing and planning to stay open,” Frank Camarano, the manager of World Gym in East Meadow, said on Monday afternoon. “Now everyone is just stunned, just like I am. The members are heartbroken, and now they don’t know what to do.”

As Camarano spoke with the Herald, gym members were getting in their last lifts and treadmill runs before having to shift to home-based workouts.

Camarano is also the board chairman of the East Meadow Chamber of Commerce and vice president of the Nassau Council of Chambers of Commerce. He has spoken with many local business owners in the wake of Cuomo’s announcement, in an effort to settle their nerves.

“The normal mom-and-pop [business] is going to have no place to go,” he said, adding that his main priority was to find out what resources or relief plans the county, state and federal governments might roll out to help business that were forced to close.

When, or if, those resources were made available, Camarano said, he and the Nassau Council of Chambers would work to help members access them.

“I think what people have to hear is that ‘You’re not alone,’” Camarano said. “I know it sounds kind of hokey, but it’s true.”

Despite the shutdown, some business owners were looking for new ways to continue serving their patrons. “We’re going to keep our doors open as long as possible,” Frank Borrelli, owner of Borrelli’s Italian Restaurant in East Meadow, said over the chatter in the restaurant’s dining room on Monday afternoon. “… We have parties in the dining room as we speak coming in for their last hurrah in public.”

That night, for the first time in the restaurant’s 65-year history, Borrelli had to cut his staff by 50 percent. He said he had to fire his entire wait staff, and, once restaurants are permitted to open again, he would rehire them.

Under the new measure, takeout service at restaurants and even bars, distilleries and wineries will be allowed. The state’s liquor law is being temporarily changed to allow for off-premises sales of alcohol.

“I guess we could deliver a pizza with ‘quarantini’ to go,” Borrelli said through a stifled chuckle. At press time, the restaurant remained open for takeout and delivery.

When business slowed after Hurricane Sandy, Borrelli said, he could look forward to the Nassau Coliseum reopening and generating enough traffic at his business for him to get back on his feet. Now, however, he didn’t know when he could expect his business to pick up again. The restaurant also hosts parties for events like christenings, communions and wedding rehearsals — all of which are now canceled for roughly a month.

Cuomo called on the federal government to issue a single set of closure guidelines that would apply across the nation, instead of the current “national patchwork of density-reduction closings,” with states allowed to set their own policies. “If the federal government isn’t going to do what it’s supposed to do,” he said, “the states have to do their best.” New York, New Jersey and Connecticut coordinated their closure policies to ensure that people wouldn’t go “state shopping” to go out to a restaurant, bar or casino.

New York state waived all park fees at state, county and local parks to enable — and encourage — people to get outside and exercise.

Anthony Bevilacqua, owner of AB Fitness Center in East Meadow, stressed the importance of continuing to exercise from home or at a park. Bevilacqua and his staff offer personal training and nutritional planning. Despite having to close their doors on East Meadow Avenue, Bevilacqua said they would continue to run, virtually.

Twice a day, they planned to host live workout sessions on the gym’s Facebook page that members could access for free. There will be three half-hour sessions in the morning and three at night, Bevilacqua explained, and staff will also live-stream a nutritional seminar each night. He also invited members to stop by the gym on Monday night and borrow weights they could use at home.

“One of the best ways to fight the coronavirus is to keep staying healthy,” he said, noting that exercise boosts the immune system. “Everyone’s definitely more stressed during this time. But the only thing you could control is yourself and the actions you take.”

The state was ramping up coronavirus testing, with a capacity of 7,000 tests a day expected by the end of the week. A drive-through testing center was expected to be set up at Jones Beach State Park.

Cuomo also ordered all local governments to reduce their in-house workforces by half, allowing “non-essential” personnel to work from home. “It’s the same thing I’m asking private businesses to do,” he said.

Police officers and emergency medical personnel were to be supplied with surgical masks, according to the governor.

School districts and local governments were ordered to provide plans to care for and feed children while downstate school districts were closed for two weeks. Cuomo suggested that parts of closed schools could be used for child care, and noted that many “essential personnel,” including police officers and EMS workers, depend on the schools to help them care for their children.

The state did not mandate that grocery stores, gas stations, pharmacies and medical facilities stay open after 8 p.m., but they were strongly advised to do so.

Cuomo also urged the federal government — specifically the Army Corps of Engineers — to set up mobile hospitals. If the federal government did not do so, he said, the state could mobilize the National Guard, local building unions and private developers to set up facilities and retrofit existing spaces in places like old nursing homes to increase hospital bed capacity.

Despite measures to reduce the spread of the coronavirus, the number of new cases was expected to rise rapidly, and “you must expect a significant inflow” of patients to New York’s hospitals, Cuomo said.